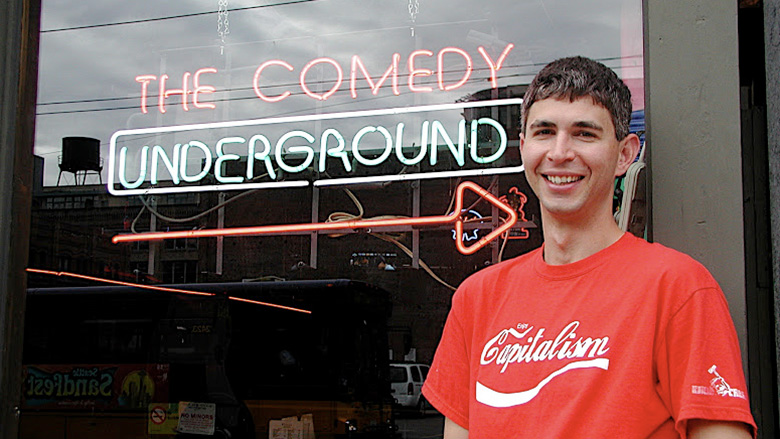 Yoram Bauman, “the world’s first and only stand-up economist”, performs regularly at colleges and corporate events, sharing the stage with everyone from the late Robin Williams to Paul Krugman. He has appeared in TIME Magazine and on PBS and NPR, and is the co-author of the Cartoon Introduction to Climate Change and the two-volume Cartoon Introduction to Economics, which is now available in Chinese, German, Italian, etc. Speaking of foreign languages, he is also the organizer of the humor session at the annual meeting of the American Economic Association.

Yoram lives in Seattle and was the founder of both Non-Profit Comedy, a series of benefit shows that raised almost $100,000 for local non-profits, and Carbon Washington, a revenue-neutral carbon tax ballot measure campaign. He has a BA in mathematics from Reed College and a PhD in economics from the University of Washington. His goals in life are to spread joy to the world through economics comedy; to reform economics education; and to implement carbon pricing. His website is www.standupeconomist.com.