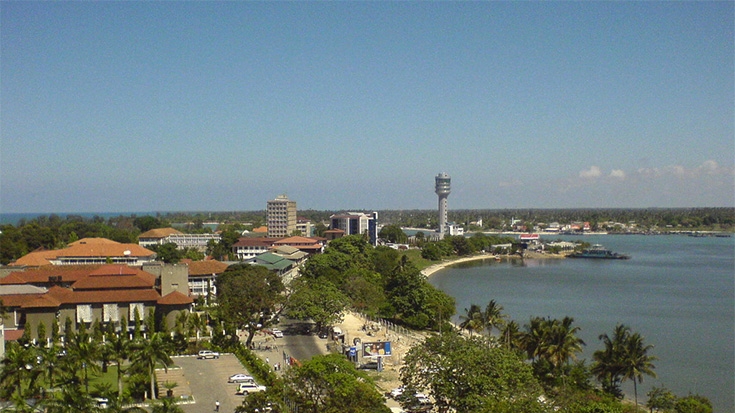 Strong Growth, Resilient Economy: A National Conference
November 11-12, 2014Dar es Salaam, Tanzania
During this two-day event, representatives from the government, private sector, civil society, academia and international development will gather for a high-level discussion about what climate resilient economic growth looks like in Tanzania, how it can be realized, and agree on how actors from all sides can address the key issues raised by national and international experts.

In the coming decades, Tanzania will look dramatically different. The country aims to reach middle-income status by 2025, to lift tens of millions out of poverty through modernizing agriculture, to exploit natural gas reserves to electrify households across the nation. By 2050 there will be triple the population - 130 million in 2050 from 45 million in 2010 – and for the first time more Tanzanians will live in cities than rural areas.

This socioeconomic transition is taking place in the context of a changing climate. Despite ambitious targets, most Tanzanian livelihoods are and will be closely linked with climate-dependent natural resources, which the vast majority of poor Tanzanians depend on. The climate is already changing:  Tanzania is hotter, and rains are less predictable.  Temperatures will likely increase by at least 1ºC, possibly 3ºC by 2050. Projected rainfall reductions inland could make water scarcer, and Tanzania will need to feed more people with less rainfall in some key agricultural areas. On the coast, key to industrial development, populations will continue to swell and even heavier floods are likely. Key economic sectors are already vulnerable to the climate, and by 2050 the costs could be on the order of $1 billion per year just to adapt to climate change impacts.

It is critical to get today’s policies and plans right to address tomorrow’s climate risks to growth. Recent evidence from the world’s leading economic experts is clear that economic growth is compatible with addressing climate risks, at all income levels. Tanzania has asserted a strong leadership position on climate change in Africa and globally: H.E. Dr. Jakaya Mrisho Kikwete, President of Tanzania and current Coordinator of African Heads of State and Government on Climate Change (CAHOSCC), recently delivered the Africa position on climate change at the September 2014 Climate Summit in New York City, which urged world leaders to act now at a time when economic progress at is risk. But what does this mean in Tanzania, where the impacts of climate change seem distant – and the costs of addressing them high - compared to immediate development priorities?

Tanzania is committed to address the impacts from a changing climate. In 2013 Tanzania adopted the National Climate Change Strategy (NCCS) and Zanzibar Climate Change Strategy (ZCCS) to guide the response to climate vulnerability and leverage additional resources needed to take action. Furthermore, as a response to the strategic interventions put forth in the NCCS the Ministry of Agriculture and Food Security and Cooperatives (MAFC) has recently adopted an Agriculture Climate Resilience Plan (ACRP).

This conference will bring together leaders at the highest levels to deliberate what climate resilient economic growth looks like in Tanzania, and how it can be realized. Just as economic development takes actors from every segment of society, so does addressing the pressing climate risks that threaten growth but also hold significant opportunities. Over two days representatives from the government, private sector, civil society, academia and international development will gather in a high-level discussion of the issues, and agree on how actors from all sides can address the key issues raised by national and international experts.