The U.S. Secretary of the Treasury, Henry Morgenthau, Jr., addresses the delegates to the Bretton Woods Monetary Conference, July 8, 1944 (Credit: U.S. Office of War Information in the National Archives). 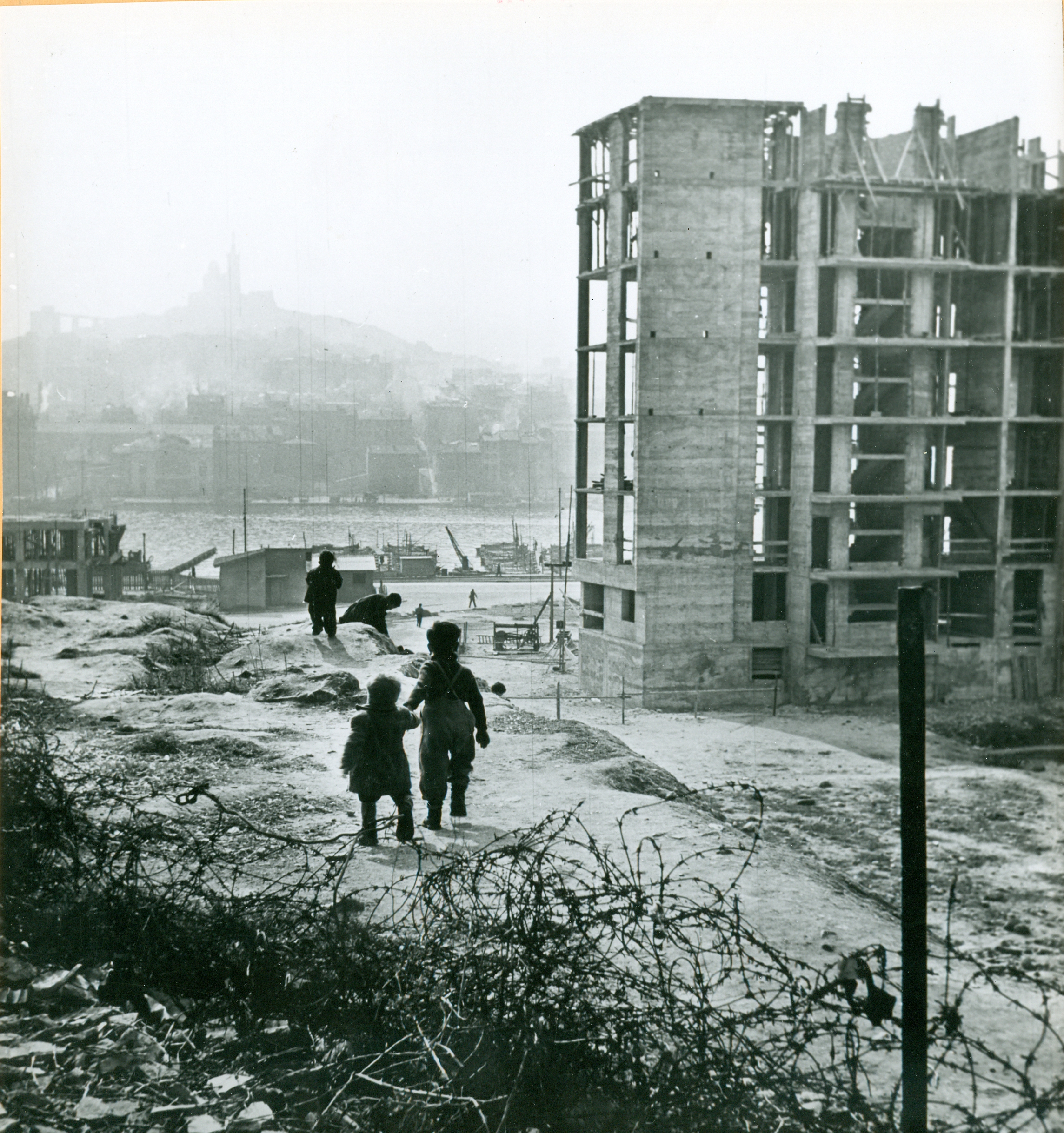 Devastation in France after World War II.
Conceived in 1944 at the Bretton Woods Monetary Conference in Bretton Woods, New Hampshire, the World Bank’s initial aim was to help rebuild European countries devastated by World War II. Its first loan was to France in 1947 for post-war reconstruction. Soon, however, other actors began to take over the role of reconstruction support and the Bank shifted its attention to the needs of its members in Latin America, Africa, and Asia. In the 1950s and 60s, the funding of large infrastructure projects, such as dams, electrical grids, irrigation systems, and roads was the Bank’s primary focus. The Bank’s technical assistance work, which provided countries with technical resources and training necessary to use the Bank’s loans effectively, was increasingly requested by member countries. 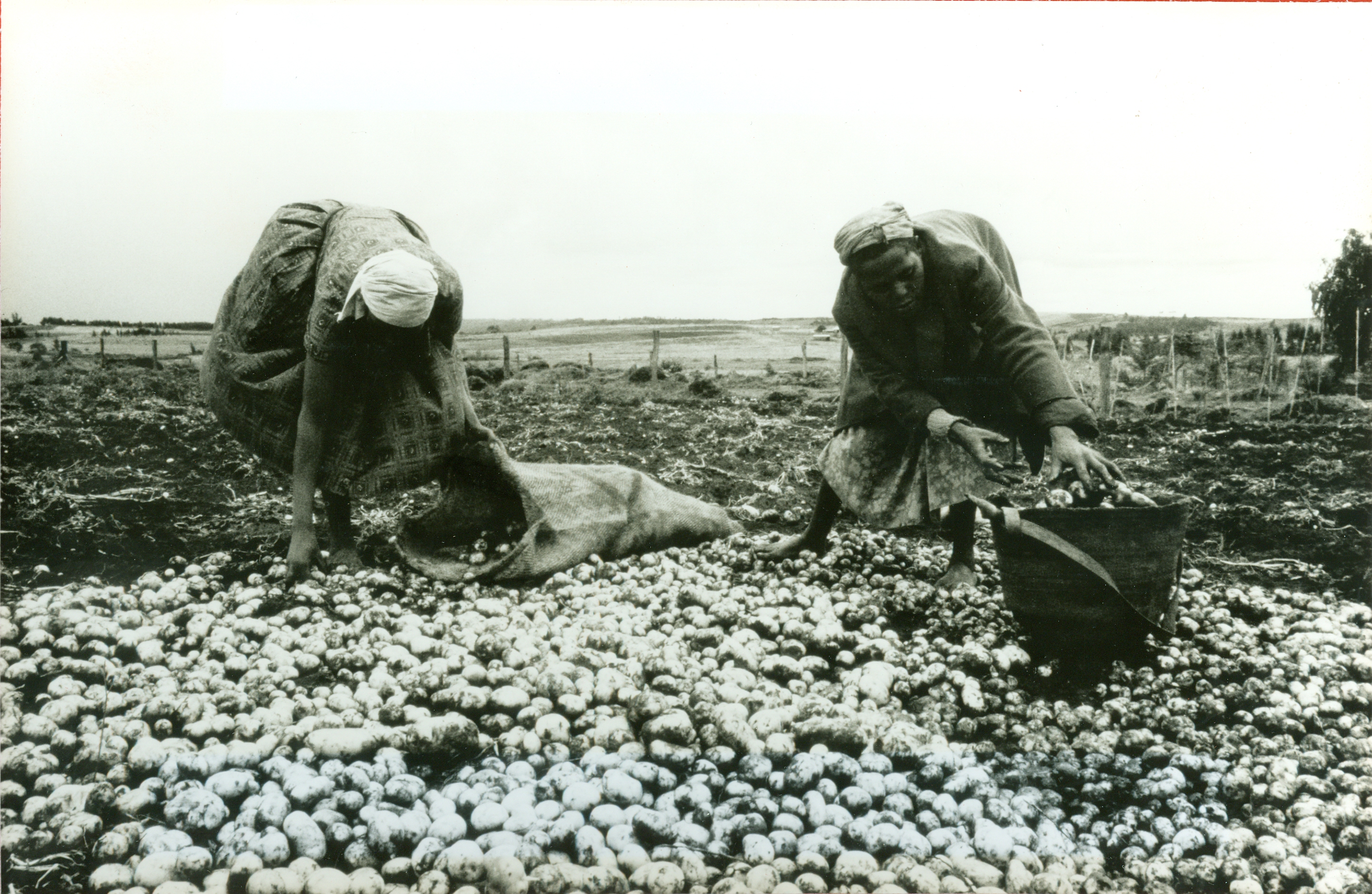 The agriculture sector became a major focus in the 1970s.
In the 1970s, the Bank shifted its attention to poverty eradication. Development projects reflected people-oriented objectives rather than exclusively the construction of material structures. Projects related to food production, rural and urban development, and population, health and nutrition were designed to reach the poor directly. Bank operations also expanded to identify and encourage policies, strategies, and institutions that helped countries succeed. The Bank initiated sectoral and structural adjustment loans deemed necessary for the success of its projects.
Gloria Davis, the first anthropologist hired by the World Bank.
In the 1980s, the Bank continued to enlarge its focus on issues of social development. Issues of social life, including education, communications, cultural heritage, and good governance came to the fore. As a result of this expanding purview, Bank staff, who had originally consisted of engineers, economists and financial analysts, had, by the early 1980s, come to include experts from a variety of disciplines, including economists, public policy experts, sectoral experts, and social scientists.

During this period, the Bank also faced an increasing number of challenges: early in the decade, the Bank was brought face to face with macroeconomic and debt rescheduling issues. Later the social and environmental effects of Bank-funded projects assumed center stage, and an increasingly vocal civil society accused the Bank of not observing its own policies in some high-profile projects. In response, Bank officials turned their attention inward in order to investigate and respond to the claims made against it. Subsequent efforts to improve service, transparency, and client satisfaction have been ongoing.

For over seventy years, the World Bank Group has been a leader in the field of international development and poverty reduction, but it has also worked alongside or in support of other governments, institutions, and organizations that share its goals. As a result, the history of the World Bank Group is one of change, growth, and renewal. The resources provided by the World Bank Group Archives along with the records it preserves illuminate the study of this evolution.