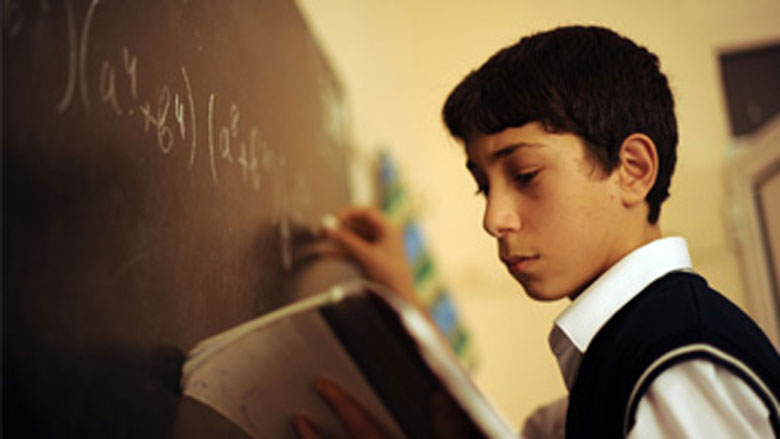 What 15 seconds can tell you about a classroom

With support from the World Bank’s Strategic Impact Evaluation Fund (SIEF), the Stallings instrument is now available for Android tablets and phones in English, French, Spanish and Portuguese, with accompanying training manuals.

The Trust for Social Achievement, together with researchers supported by the World Bank’s Strategic Impact Evaluation Fund, designed the Springboard for School Readiness Program to promote early education among children aged three to five years old from disadvantaged communities.

Water works: how a simple technology in Dhaka is changing the way people get clean water

A researcher's search for a simple tech to make water safe in dense, urban areas in Dhaka that lack reliable energy sources

Journalists, economists and making the news

Interview with the featured expert: Natalie Roschnik, Senior Research and Impact Advisor, Save the Children

Engaging the community for better education field experiment in Pakistan

A new World Bank report examines the impact evaluation of a pilot program to encourage community involvement in school management committees in Sindh province in order to improve the quality of schools and education.

Why school enrollment is not enough: A look inside Haiti’s classrooms

In Haiti, about 90% of primary school-aged children are enrolled in school.  While still falling short of universal enrollment, this is a big improvement over just two decades ago.  But enrollment is just the first step in building human capital – many children will repeat a grade, and about half will drop out before completing primary school, leaving the school system without having mastered even basic language and math skills.  Why does participation in school produce so little?

A growing number of impact evaluations from low- and middle-income countries underscore the importance of preschool for children’s development. Most of these studies refer to the “high-quality” of their initiatives. But just what exactly do we mean by “high-quality”? How is quality measured in practice?

With World Bank support, the Madagascar government used the results of a large-scale multi-round impact evaluation (1998-2011) to rethink strategic focus and program design.

What to expect when you’re expecting, in Nigeria: Lessons from a series of health impact evaluations

The Djibouti government, with support from the World Bank, has implemented a cash-for-work program with community meetings that promote nutrition for pregnant women and young children.

Getting communities involved in Pakistan schools

A World Bank pilot, part of the Sindh Education Sector Project aimed to make a difference by helping community members get more involved. Many educators believe that community involvement in school management is critical for improving education. The pilot gives community members new channels for getting involved in education and taking an active role in school improvement.

In early childhood programs, when is a papaya better than an apple?

Djibouti: What Happens When Women Control the Income?

The World Bank-funded Djibouti Social Safety Net Program combines providing temporary work with providing basic education on nutrition. The program serves pregnant and lactating women, as well as those with children under two years of age, giving them nutritional advice and opportunities for short-term work.

Findings from the Jamaica study supported by SIEF are now the basis for early childhood development programs and ongoing impact evaluations around the world.

Finding work in conflict-affected states: What can Liberia teach us?

A senior economist of the World Bank talks why employment support programs for ex-armed fighters may have big returns.

Working with the World Bank, Zambia seek to test new modes of distribution in a pilot program that included an impact evaluation.

Getting health right: An impact evaluation in the Philippines

SIEF and the Government of the Philippines evaluate new health insurance incentives.

The World Bank works with governments to develop and implement innovative methods for expanding access to education and improve school quality.

What Gets People to Wash Their Hands

Handwashing with soap and water is a simple way to reduce the spread of disease. Yet many people don’t wash their hands when they should: before touching food, after using the toilet or after cleaning a baby’s bottom. Because bacteria, parasites, and viruses can easily spread when people don’t wash their hands, finding ways to boost handwashing can significantly reduce the risk of potentially fatal diarrheal and respiratory infections for children.

Preschool programs are a great way to give kids the educational building blocks to help them learn and prepare for primary school. But is that enough? In Mozambique, a World Bank-funded evaluation of a low-cost preschool pilot program run by Save the Children showed that children who attended preschool were more likely to start primary school at the right age, and they scored higher in cognitive and other skills critical for success.

What's the best way to help disadvantaged children reach their potential? What do they need to succeed in school, in work and in a family? Proper healthcare, nutrition, psychosocial stimulation, and emotional support all play a role in giving children the foundation they need to do well later on. But do programs designed to bolster disadvantaged children's cognitive, emotional and physical development really help over the long term?

Gambia: New evaluation to build evidence on the usefulness of nutritional supplements for later-life outcomes

It is well-documented that prenatal nutritional supplements can give children the right start in life by supporting development in-utero and improving birth-weight, which reduces infant mortality. But can a case be made that good nutrition early on will give children a measureable earnings boost years later?