Planting the Seeds of Social Development

In this second episode of the Development Reflections audio series, Dr. Elisa Liberatori Prati has an engaging and open interview with Dr. Maritta Koch-Weser, discussing the field of social development and her career and personal experience working for the World Bank. Koch-Weser was hired in 1980 by the Bank as one of the institution’s first trained social scientists with the goal of integrating social and environmental considerations and the rights of indigenous peoples into development projects. This was a concrete step towards a more holistic and sustainable development approach at the World Bank.

“Looking back on what we fought for in my days at the World Bank […] there were no Environment Ministries in our Client Countries. There was no social assessment process. Initially, there were no environmental impact assessments. But over time, in a span of some 20 years, we saw emergence of a world of protected areas on Earth.  […]  Tremendous achievements which are rolled back in parts of the World today. Those achievements must be maintained.  “Keep it, preserve it” I would say to today’s young generation of sociologists and anthropologists. Because unless the people on the ground really keep it, or go to court to fight for it, all these achievements can be rolled back.” *

Koch-Weser discusses the changes she witnessed during her time at the Bank and the environmental and social impact assessments that became the norm. The Bank she joined in the 1980s had already come a long way and was growing and adapting to the realities of a changing world. Koch-Weser mentions that, when she first started at the Bank, the social dimension of development “was not center stage.” That contrasts to today, where the importance of the social dimension in the Bank’s work is something that is seen and felt.

Koch-Weser also tells of her work with the World Bank Amazonian program, POLONOROESTE [Northwest Regional Integration Program] and her experience working with indigenous groups and environmental issues. In her reflection, she notes that it is one of her life’s satisfactions that as part of this project she was able to start an indigenous protection project, the first of its kind, which would demarcate indigenous reserves and protect the health of indigenous people.

“It was one of my riskiest missions in life. A tribe in Rondônia had been contacted for the first time, face to face, by the Indigenous Protection service. After 10 years of attempted contacts. Only one week after this first contact, I came there. It was really very moving. These were people from a completely different era in our human history.  And now, at COP 26 [2021 United Nations Climate Change Conference], two weeks ago, in the opening ceremony, you saw a beautiful indigenous lady, Uru-Eu-Wau-Wau Surui lady, exactly from that tribe, speaking to the COP in Glasgow. Imagine, what change in just 40 years.” *

In this episode, the importance of storytelling and knowledge-sharing is apparent. It is through Koch-Weser’s personal stories and experiences that social development professionals can learn and apply lessons to their current work. In the spirit of knowledge-sharing, Maritta, along with several other social scientists at the Bank, recently put together a publication titled Social Development in the World Bank, honoring the vision and achievements of their leading pioneer, the rural sociologist and longtime Bank staff member, now retired, Michael M. Cernea, and the experiences of the early days of social development.

This is the goal of the Development Reflections series – to make these kinds of personal reflections and stories available, allowing us a better grasp of the past, the steps taken, and a better understanding of our current realities. 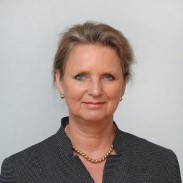 In this interview with WBG Chief Archivist Elisa Liberatori Prati, former World Bank Group staff member Dr. Maritta Koch-Weser reflects on the emergence of the social dimension in the World Bank Group's work and her contributions as one of the Bank's first social scientists. A transcript of the interview is available here. (Photo used with permission of Earth3000.)