Featured Exhibit -- The World Bank's Role as Mediator in the 1950s 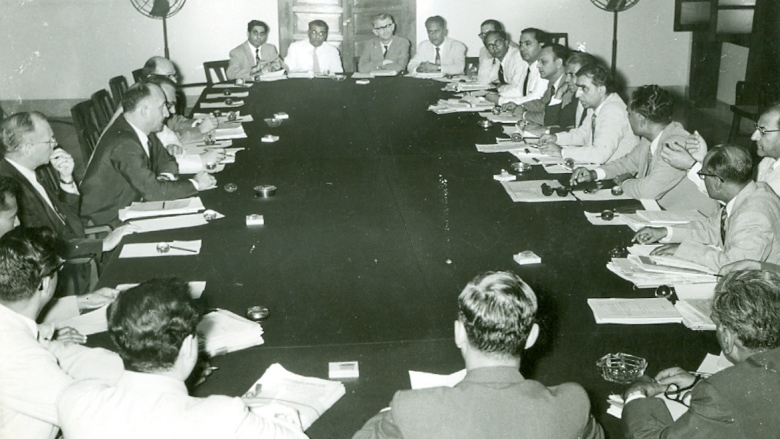 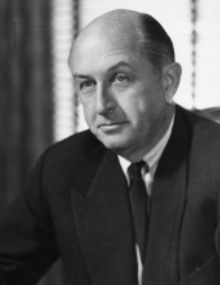 World Bank President Eugene R. Black
September 19, 2016 marks the 56th anniversary of the signing of the Indus Basin treaty by India and Pakistan. The agreement signified the end of a long dispute between the two countries and opened the door for increased economic development in the region. The World Bank and its president at the time, Eugene Black, played an important role as mediator in the nearly decade long negotiation. This was not, however, the only time the nascent institution took on this role. A small number of prominent Bank-led mediation efforts in the 1950s illustrate how the Bank extended itself beyond the provision of loans in order to facilitate increased development.

The World Bank’s first foray into the mediation of international disputes was the result of an invitation to participate in failing negotiations between Iran and Great Britain about the proposed nationalization of Iran’s oil industry. In the spring of 1951, the Shah of Iran signed a law nationalizing the Iranian oil industry that was controlled by the predominantly British Anglo-Iranian Oil Company (AIOC). The Bank, which maintained expertise in technical and financial matters, was called upon to mediate the thorny legal, technical, and financial issues involved in resolving the dispute. Between November 1951 and April 1952, World Bank officials, led by Vice President Robert L. Garner, attempted to find middle ground between the two parties. Though ultimately unsuccessful, some of the terms discussed during the Bank-led negotiations were incorporated into the final 1954 settlement. 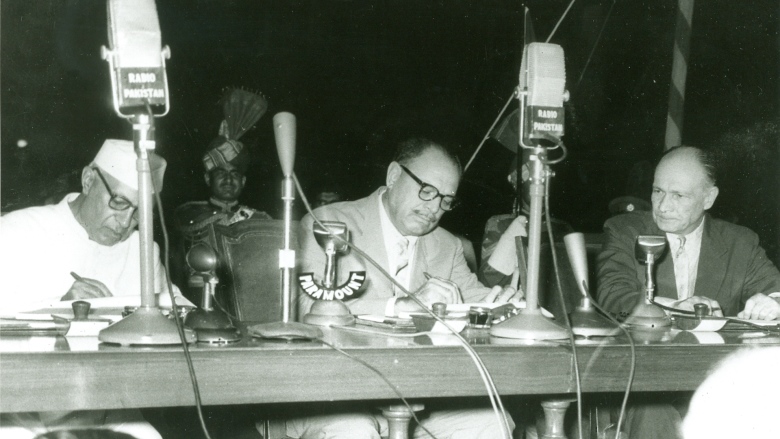 The signing of the Indus Water Treaty, September 19, 1960: (left to right) Prime Minister Nehru of India; President Ayub Khan of Pakistan; and World Bank Vice President Sir William Iliff (file #30263783).
A more successful and considerably longer example of the World Bank’s role as mediator is the Indus Basin dispute between India and Pakistan. Following the 1947 partition of India, the Indus Basin river system was divided between the Dominion of Pakistan and the Union of India.  The Indus Basin supported more than 50 million people and fed the largest irrigation system in the world, and, by 1951, negotiations between the two nations on its use were not progressing.  World Bank President Eugene Black approached the leaders of India and Pakistan with the offer of mediation and other services. Inaugural meetings were held in Washington, DC on May 6, 1952. Over the next eight years, negotiations focused on the division of current water use, the implementation of the agreed upon division, and the provision for new developmental uses. The incredibly involved and technical negotiations resulted in the Indus Waters Treaty, signed on September 19, 1960. 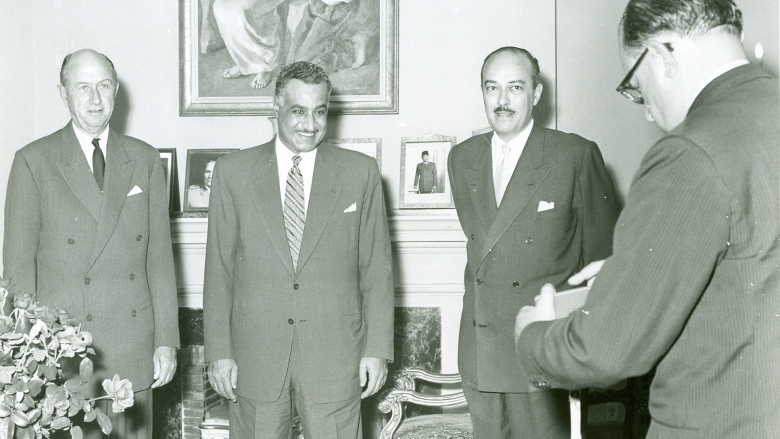 Meeting in Cairo, Egypt featuring (left to right) World Bank President Black, Egypt Prime Minister Nassar, and Egypt Finance Minister Kaissouni (file #30290119).
President Black and the World Bank became involved in another negotiation that exploited the Bank’s financial and technical expertise when it led talks between Egypt, the United States, and Great Britain on the financing of a High Dam on the Nile River in Egypt. Between 1954 and 1956, Black led efforts to negotiate funding for the construction of a massive dam that would make more water available for agriculture and provide much-needed power for industry. More than any other instance of World Bank mediation, however, these negotiations were influenced by politics and the exigencies of the Cold War. During the negotiations Egypt leveraged its role as a potential ally for both the Soviet Union and United States while on the other side the US and Great Britain weighed the potential benefits of such a significant investment in an unstable region. By 1956 the parties stepped back and no agreement was reached; the High Dam was ultimately funded by the Soviet Union with construction beginning in 1960. While the Bank’s efforts didn’t find success on this issue, it gained sufficient trust from the countries involved. Consequently, in 1958 Egypt and Great Britain requested the aid of the World Bank in resolving claims stemming from the expropriation of the Suez Canal Company.

The World Bank Group Archives preserves and makes accessible records relating to the activities of the World Bank, including those instances when the Bank played the role of mediator. Below you will find links to special finding aid inventories for each of the mediation cases described above. Many of the records in these lists have been declassified according to the World Bank’s Access to Information Policy and digitized. They are available electronically by clicking on the hyperlink folder title. To request access to other records from the inventories or records identified through our Archives Holdings website, submit an Access to Information request.

The content of this exhibit is primarily based on Edward S. Mason and Robert E. Asher’s The World Bank since Bretton Woods (1973).