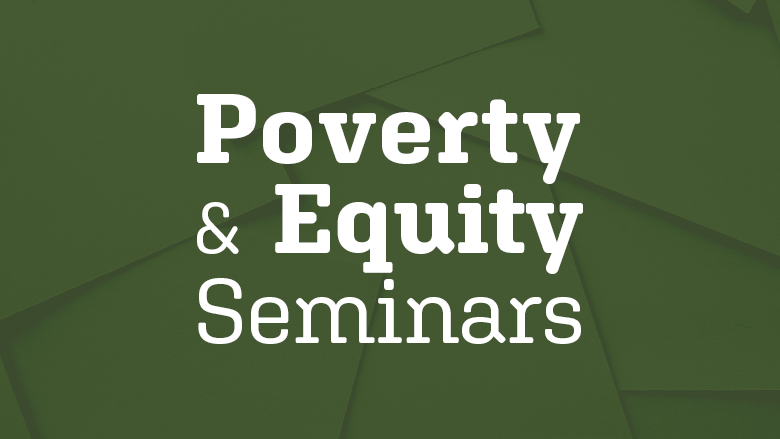 The Poverty and Equity Seminars bring the world’s leading experts on poverty and inequality to the World Bank to share their research and ideas.​ 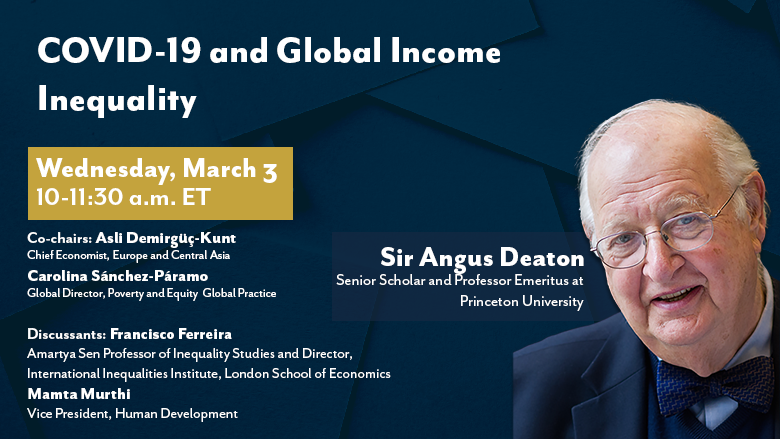 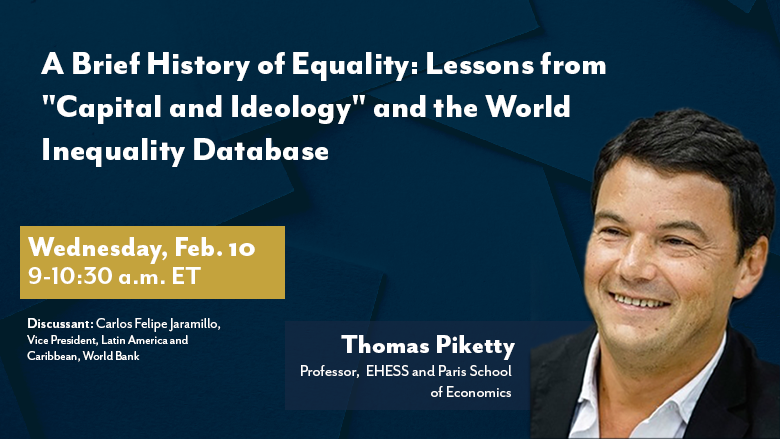 In this talk, Thomas Piketty will present some of main findings from his latest book, "Capital and Ideology," and from the World Inequality Database. In the long run, we see a trend toward more equality, and this evolution has come together with increased economic prosperity and well-being. It is possible to build upon these lessons from history in order to develop a more equitable economic system for the post-pandemic world. 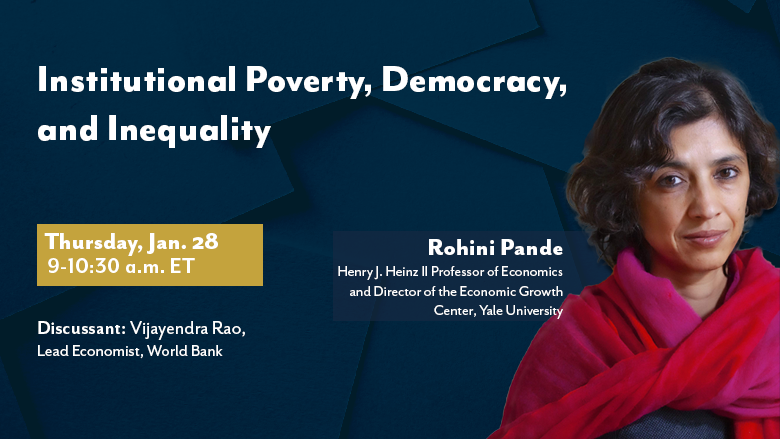 Today, providing the poor with the resources they need is, in large, a political design problem. It requires understanding the characteristics of institutional poverty within countries, communities and families: weak institutions that limit access of the poor to resources intended for them and one-sided political and social structu​res that conc​​entrate economic and political power in the hands of a few. This talk will discuss why an evi​dence-based research agenda focused on institutional design – one that asks who controls which levers of power, within and outside the state, and how to align incentives of the powerful with those of the poor an​​d marginalized – is a necessary complement to research on the design and delivery​ of anti-poverty programs. 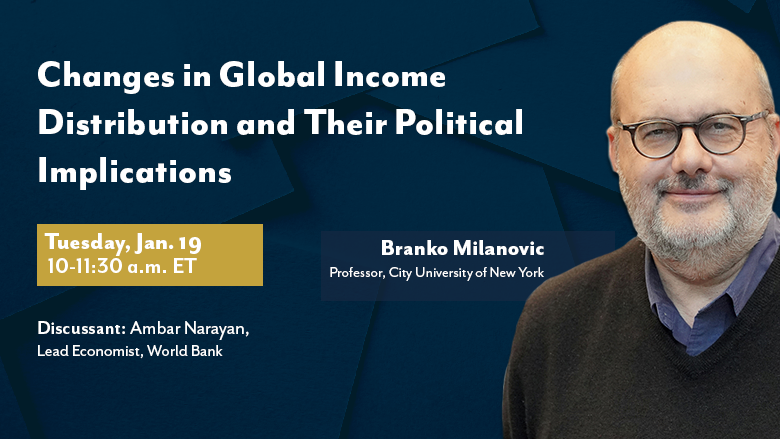 Branko Milanovic will discuss the evolution of the global income distribution in the period after the Global Financial Crisis and its political implications. They include the rise of the middle class in Asia, continued income stagnation of the rich countries' middle classes, and incentives for greater migration. He will also discuss the slowdown in income growth of the global top 1 percent which happened after the 2008 crisis and whether they same outcome may be expected after the COVID-19 crisis. ​ 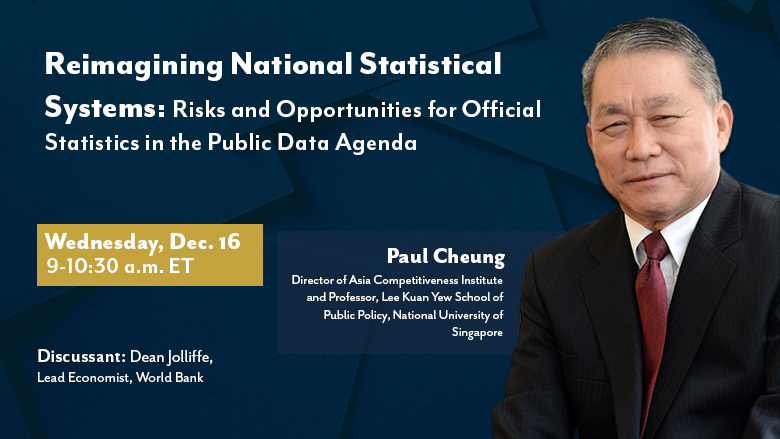 Establishing National Data Systems is an integral part of the public data agenda which helps harvest the data dividend for government agencies. What then is the role and relevance of National Statistical Systems (NSS), which have been the incumbent supplier of data and information for many decades?

Will the NSS be subsumed under the National Data System and become increasingly marginalized? How c​an the NSS' role be better defined against a rapidly developing landscape? This seminar will discuss the risks and opportuni​ties for the NSS within the context of the public data agenda, and what adaptation strategies and expectations the NSS must strive to meet.​