World Water Day 2022: How India is addressing its water needs

Come summer, and water becomes a commodity as precious as gold in India. The country has 18 percent of the world’s population, but only 4 percent of its water resources, making it among the most water-stressed in the world. A large number of Indians face high to extreme water stress, according to a recent report by the government’s policy think tank, the NITI Aayog. India’s dependence on an increasingly erratic monsoon for its water requirements increases this challenge. Climate change is likely to exacerbate this pressure on water resources, even as the frequency and intensity on floods and droughts in the country increases.

The World Bank is engaged in different aspects of water resource management and the supply of drinking water and sanitation services across the country. Here are some of the ways how.

Groundwater is one of the most important sources for irrigation as well as for rural and urban domestic water supply. However, overexploitation of this valuable resource has led to its depletion.

The World Bank is helping the supporting the government’s national groundwater program, the Atal Bhujal Yojana, to help improve groundwater management. Implemented in 9000 gram panchayats across seven Indian states, this is the world’s largest community-led groundwater management program. Since groundwater conservation lies in the hands of hundreds of millions of individuals and communities, the program is helping villagers understand their water availability and usage patterns so they can budget their water use accordingly.

In the agrarian state of Punjab, where rampant tubewell irrigation is causing the water table to fall drastically, the Bank helped the state government pilot an innovative scheme to conserve groundwater. The “Paani Bachao, Paisa Kamao” (Save Water, Earn Money) scheme incentivizes farmers to reduce groundwater usage. Around 300 enrolled farmers were given cash incentives to save electricity used for irrigation, resulting in water savings of between 6 and 25 percent without any adverse effect on the yield. 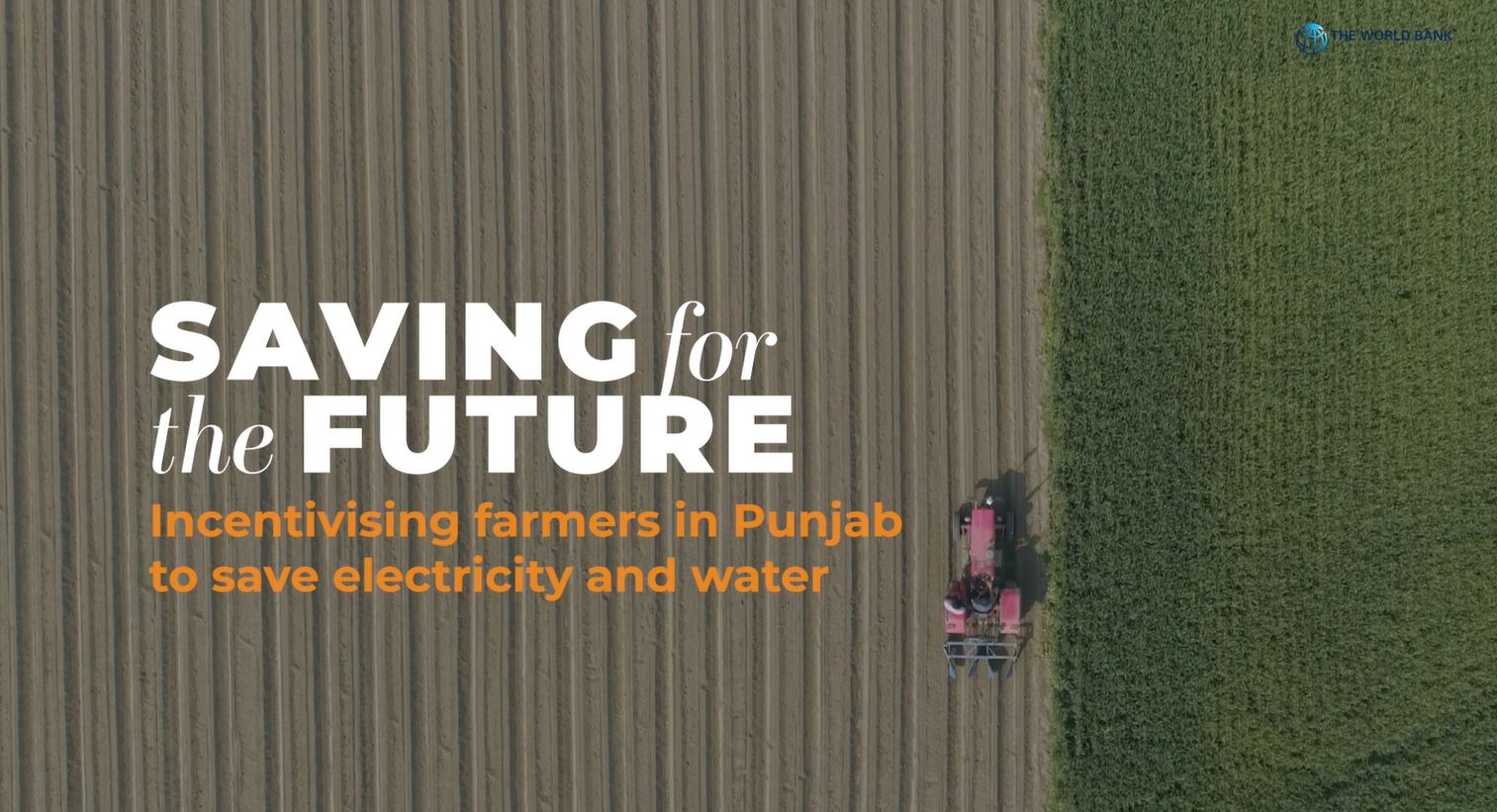 Incentivizing farmers in Punjab to save electricity and water

In the agrarian state of Punjab in India, where rampant tubewell irrigation is causing the groundwater table to fall drastically, the World Bank helped the state government pilot an innovative scheme to conserve groundwater.

Reaching the underserved in India’s villages

Over the last decade, the World Bank has supported the government’s efforts to bring clean drinking water to rural communities. A range of projects with a total financing of $1.2 billion have benefitted over 20 million people.

Villages in the mountain state of Uttarakhand, suffered from a lack of water supply as the steep Himalayan terrain made it difficult to build and maintain the required infrastructure. For many villagers, particularly women, obtaining fresh water for domestic use meant traveling distances of over 1.6 kilometers.

Between 2006-15 the World Bank-financed Uttarakhand Rural Water Supply and Sanitation Project helped over 1.57 million people in the state by improving sustainable rural water supply and sanitation services across underserved areas. The project focussed on building infrastructure and institutional capacity, including that of the village communities, that would be resilient from natural disasters in the mountain state that often experiences flash-floods, earthquakes and landslides.

The southern state of Kerala receives one of the highest levels of rainfall in the country, however, its undulating terrain drains most of the rainwater into the sea. Rapid growth of built-up areas across the state has led to depleting water sources.

Since the early 2000s, the World Bank has been supporting the state government in ensuring that rural families receive a dependable supply of piped water in their homes, at a price that even low-income households can afford. Jalanidhi I (2000-2008) and Jalanidhi II (2012-2017) have helped bring water into village homes by putting local communities in charge of managing their own water supply schemes for the first time in their lives.

Continuous piped water supply has been a pipe dream for fast-urbanizing Indian cities. Most urban households receive water for a couple of hours a day at most, and often only on a few days a week. This particularly affects the poor, women and children, who spend time and money securing water for their daily needs.

The southern state of Karnataka has now proved that 24/7 water supply is indeed possible, affordable, and sustainable in urban areas. The World Bank-supported Karnataka Water Supply Improvement Project helped pilot this approach in the three-water stressed cities of Hubbali-Dharwad, Belagavi and Kalaburgi; a follow-on project, the Karnataka Urban Water Supply Modernization Project, is now scaling up to cover the entire population of the three cities.

The story is similar in Shimla, capital of the hill state of Himachal Pradesh. Declining water sources, rapid population growth and increasing numbers of tourists to the resort town meant that the city received water for a few hours every three days. Improvements brought about under the Shimla Water Supply and Sewerage Service Delivery Reform Project have ensured that the city now receives at least 3-4 hours of water supply every day and efforts are on to move to 24x7 supply. All this has been achieved not just by fixing the pipes but by fixing the institutions that fix the pipes. The World Bank project supported the establishment of a professionally run water utility that is directly accountable to citizens.

In Punjab, where groundwater levels are reaching critical levels, the Punjab Municipal Services Improvement Project is helping two large cities shift to surface water sources, like from local canals. The improvements in the water supply are expected to benefit more than 3 million people by 2025 and an estimated 5 million projected population by 2055.

In 2019 the southern metropolis of Chennai reeled under a severe water crisis and water was brought in by train from some 200 kilometers away to save the city. Today, Chennai has become the first Indian city to recycle its wastewater at scale to meet the non-drinking water needs of its industries. One completed, two Tertiary Treatment Reverse Osmosis (TTRO) plants will be able to recycle about 20 percent of Chennai’s sewage, enabling the city to reduce its consumption of fresh water.

The Ganga is India's most important and iconic river and is worshipped by millions as a living goddess. However, the Ganga today is facing formidable pressures of rapid urbanization along its banks as over 100 towns and cities pour their domestic sewage into the river.

The World Bank has been supporting the Government of India’s efforts to rejuvenate the Ganga River since 2011. Two World Bank projects, worth $1 billion, are helping set up the institutions needed to manage the river and build the infrastructure to keep it clean. Sewage from cities is the biggest source of organic pollution in the Ganga. By building and maintaining sewage treatment plants and a network of drains, sewage water from houses in several of these cities now gets treated before reaching the river.

Rainfed agriculture in India is a risky enterprise, owing to uncertainties in rainfall, coupled with periodic dry spells and heavy cyclones and floods during the monsoon season. Agriculture is hardly possible during the non-monsoon season without irrigation facilities.

Over the last 50 years, India has invested substantially in infrastructure necessary to usher irrigated agriculture to vast areas all over the country. Minor irrigation schemes are benefiting small and marginal farmers in particular. A World Bank project in the remote rain-fed western region of West Bengal has helped farmers from disadvantaged tribal communities build small irrigation facilities. Farmers now harvest two crops each year and are no longer leaving their villages in search of work elsewhere.

A Major Irrigation and Flood Management Project in West Bengal is helping 2.7 million farmers access better irrigation services and improved protection against annual flooding to mitigate the impact of climate change. By optimizing the use of surface and ground water and strengthening flood management, the project is helping boost agricultural productivity and increase incomes in rural areas.

India is prone to droughts as well as floods even as climate change is increasing unpredictability in weather patterns and leading to more extreme weather events. Reservoirs can help mitigate these extreme events by storing water and releasing it when needed. However, reservoir operators often do not have the technological tools to help them take crucial decisions that can avoid floods.

Two World Bank-supported hydrology projects have introduced new systems and technology that give reservoir managers an accurate picture of the water situation unfolding in their region. These systems have laid the foundation for a comprehensive knowledge base that can improve the overall management of water resources in the country. These systems can also help alleviate the harshest impact of droughts. Water resources monitoring system is now getting expanded to cover the entire country, including the Indus, Ganga, and Brahmaputra-Barak river basins.

WORLD BANK
Connect with us 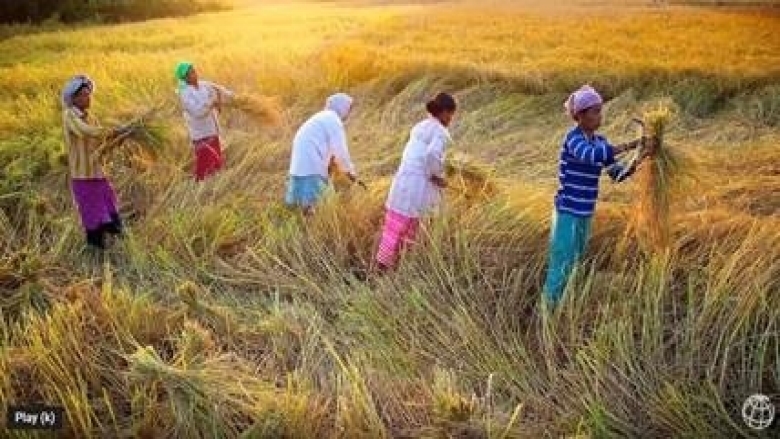