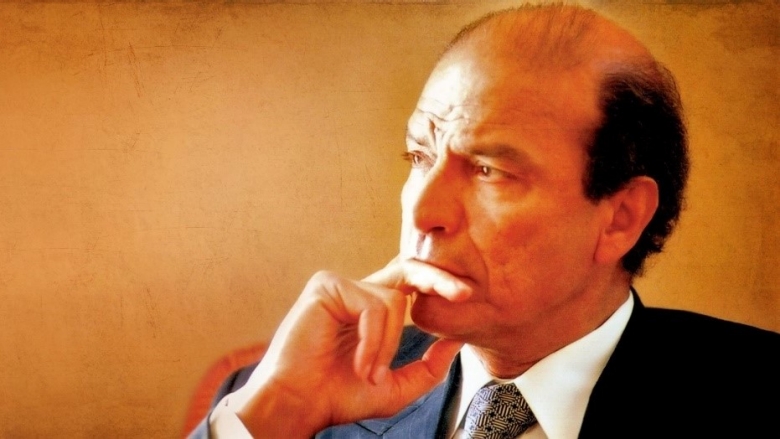 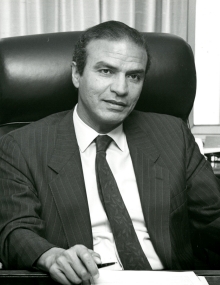 Dr. Ibrahim F. I. Shihata (1538166: Credit: The World Bank).
During the Law, Justice and Development Week in November 2019, the World Bank Group’s Legal Vice Presidency honored the contributions of Dr. Ibrahim Shihata (1937-2001) who served as General Counsel of the World Bank from 1983 to 1998 and as Secretary General of the International Centre for Settlement of Investment Disputes (ICSID) from 1983 to 2000. As part of these commemorative activities, a dedication ceremony was held during which the Board Room on the 13th floor of the Bank’s Main Complex was named in Dr. Shihata’s honor. As part of a larger commemoration, the Legal Vice Presidency prepared an overview of his career and achievements that explores Dr. Shihata’s life and describes in detail his legacy at the World Bank.

During his tenure, Dr. Shihata led the initiative to create the Multilateral Investment Guarantee Agency (MIGA) and played a major role in the establishment of the World Bank Inspection Panel.  He also chaired the task force that prepared the World Bank Guidelines on the Treatment of Foreign Direct Investment and provided the legal framework for the World Bank to enter new areas of development that had previously been considered off limits, such as stabilization loans and debt reduction operations. 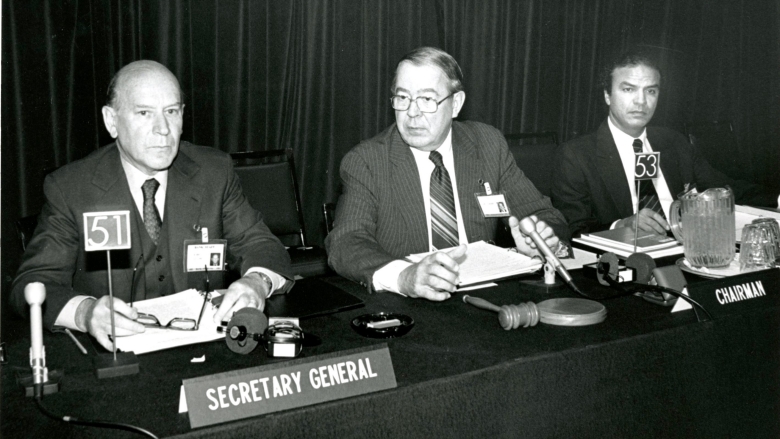 In his role as Secretary-General of ICSID from 1983 until 2000, Dr. Shihata oversaw a 60% increase in membership, growing to 132 member countries. This growth corresponded with an extensive increase in the Centre’s caseload. Dr. Shihata also helped strengthen ICSID’s research and publications activities, notably by founding the ICSID Review-Foreign Investment Law Journal.

In addition to the significant role he played in the operations of the World Bank Group, Dr. Shihata was also a prolific author, having published numerous books and articles both prior to and during his time at the Bank Group. Many of his publications can be found in the World Bank Group’s Documents and Reports database, including:

·         Towards a Greater Depoliticization of Investment Disputes: The Roles of ICSID and MIGA (1992)

We also encourage you to view transcripts from interviews with Dr. Shihata that were conducted as part of the Archives’ oral history program. If you are interested in conducting further research, we invite you to visit the Archives Holdings website or submit a request for information through the Access to Information website.