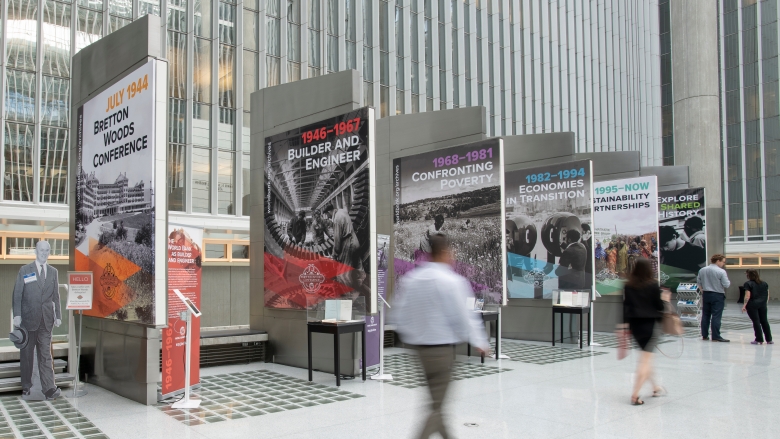 This year marks the 75th anniversary of the Bretton Woods conference that created the World Bank and its sister institution, the International Monetary Fund (IMF). From July 1 to 22, 1944, representatives from 44 nations met at the scenic and secluded Mount Washington Hotel in Bretton Woods, New Hampshire. Their objective was to establish a system of international cooperation that would help countries recover from the devastation wrought by the Second World War while facilitating long-term global economic growth for recovering and developing nations alike. While years of planning and discussion preceded the conference, it was during these 22 days in July 1944 that the Articles of Agreement for both the World Bank and IMF were produced.

This year, the Annual Bank Conference on Development Economics (ABCDE) highlighted this important anniversary. During the conference, held on June 17-18 at the World Bank Headquarters in Washington, D.C., presenters discussed the impacts and evolution of multilateral institutions while placing a special emphasis on the history of Bretton Woods and its institutions.

The World Bank Group Archives was thrilled to be asked by conference organizers to contribute an archival exhibit in the atrium of the World Bank Group's Main Complex. The exhibit told the history of the World Bank Group through seven eras. Large panels divided the exhibit into seven "rooms" where archival record displays and informational banners offered visitors the opportunity to dig deeper into each era, and iPads provided access to our World Bank Historical Timeline. Last, but certainly not least, was the opportunity for visitors to take selfies with lifesize cutouts of two famous Bretton Woods delegates: Henry Morgenthau, Jr. (U.S. Treasury Secretary and Bretton Woods conference president), and John Maynard Keynes (U.K. delegate to the conference and chairman of the commission responsible for the World Bank).

During the same week as the ABCDE conference and Archives exhibit, the Archives also hosted a Heritage Days dining experience for Bank staff and guests. The meal, served in the Bank's executive dining room, allowed diners to step back in time to 1944: a menu based on the Bretton Woods Conference's farewell dinner was offered, a band played 1940s music, and an archival exhibit containing records from the Bretton Woods Conference was installed in the dining room's entrance. We were thrilled to have World Bank Group President David Malpass and IMF Managing Director Christine Lagarde join us for the festivities!

Scroll through the carousel below for a quick glimpse of our atrium exhibit and Heritage Days event. 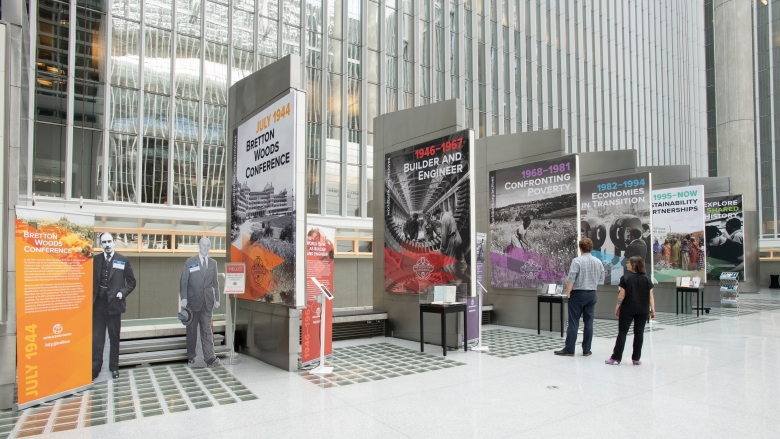 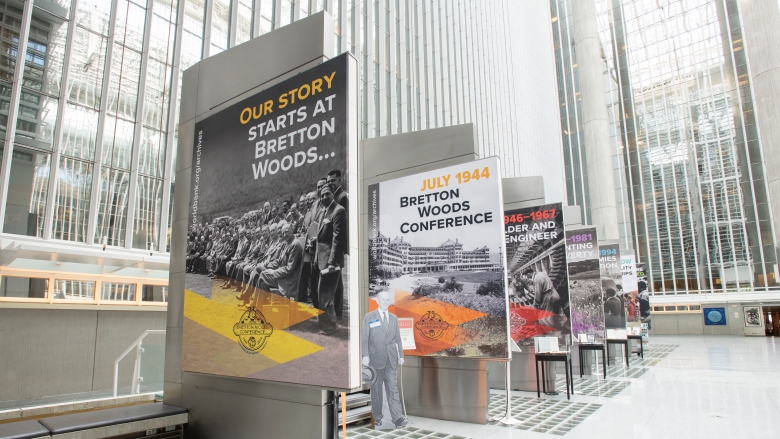 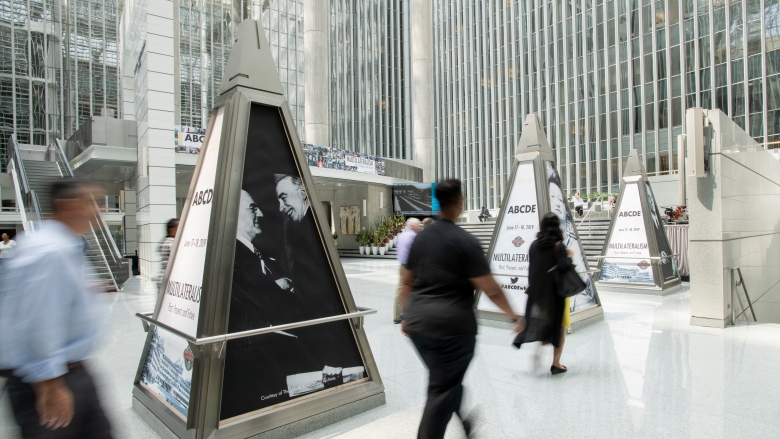 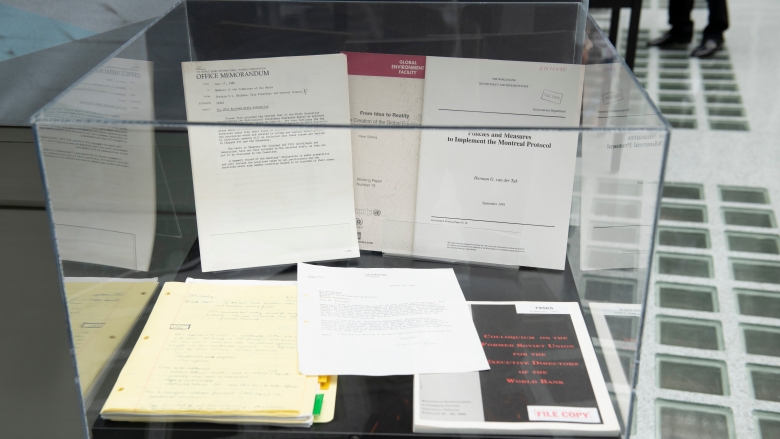 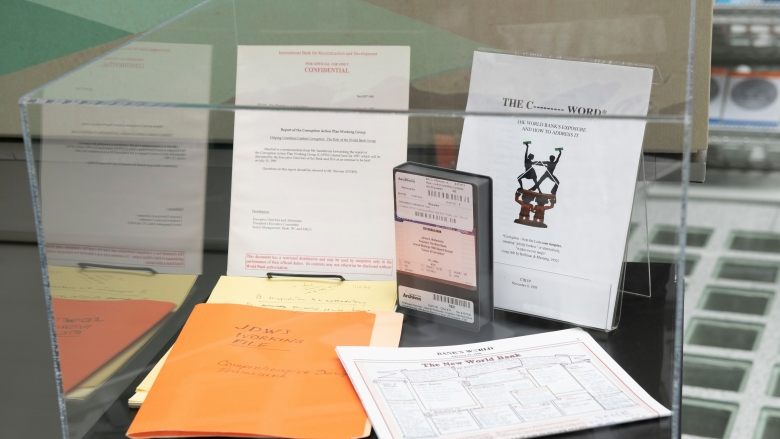 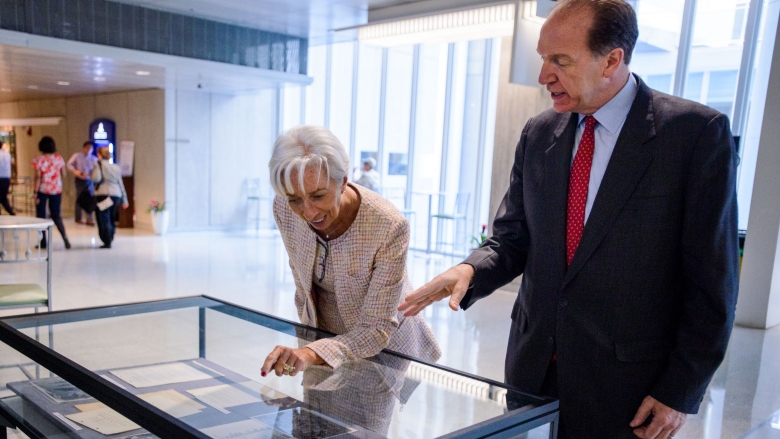 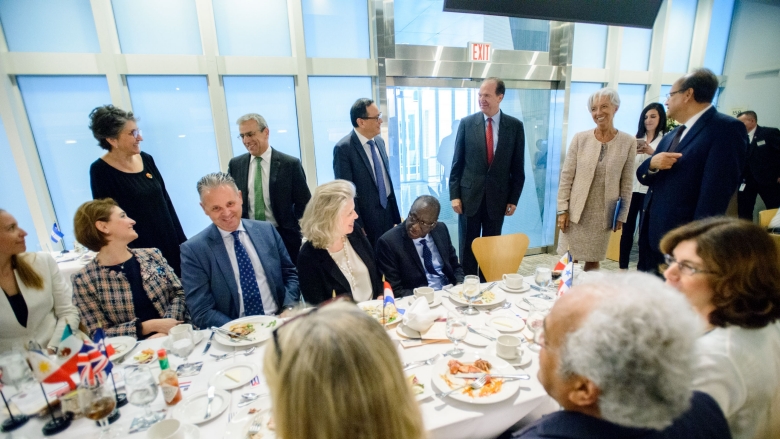 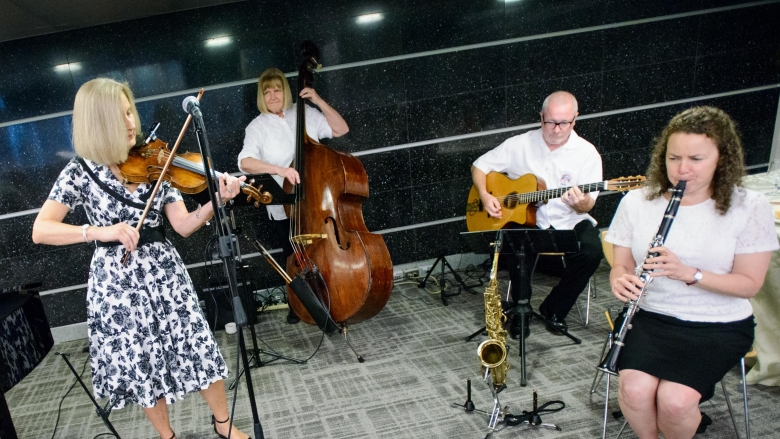 To learn more about our institution's history, we invite you to take a look at some of our knowledge products and information resources listed below.