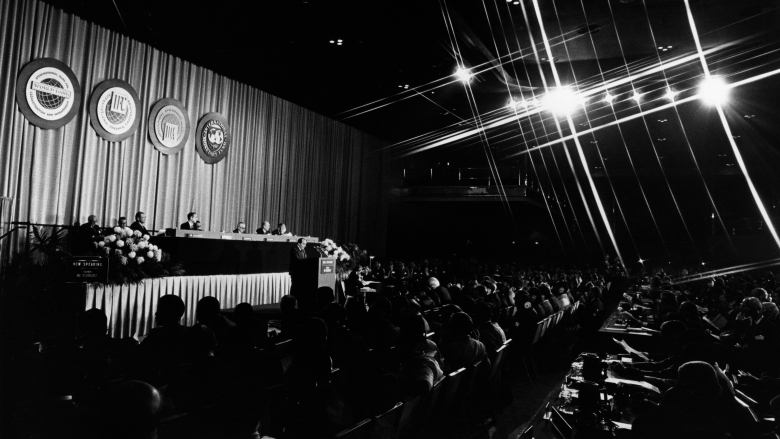 This page provides access to transcripts of over 1,000 speeches made by former World Bank Group presidents from 1946 to 2018. Speeches by all twelve of the World Bank Group's past presidents, from the Eugene Meyer to Jim Kim, are included. The site provides a variety of avenues to access these speeches including a collection of audio recordings.

Below are featured speeches including some of the most important addresses given by World Bank's presidents over the course of its history.

In this famous speech given at the 1973 Annual Meetings in Nairobi, Kenya, President McNamara proposed a strategy for rural development with an emphasis on the productivity of smallholder agriculture. He warned that official development assistance (ODA) is inadequate, and that over 800 million people live in what he described as "absolute poverty."

In this oft-cited speech, President Wolfensohn discusses the many impediments in the way of sustained economic development including the previously verboten issue of corruption -- or as he referred to it, "the cancer of corruption."

Search all past World Bank Group presidents' speeches, dating from 1946 to 2018, by inserting text in the search box above. Search results will appear in a new tab in our Documents & Reports site. You can browse and limit your results by selecting facets on the left-hand side. To conduct another search, return to this page.

The World Bank Group Archives has digitized a portion of the speeches made by the Bank's presidents. Below, listen to a selection of these speeches. 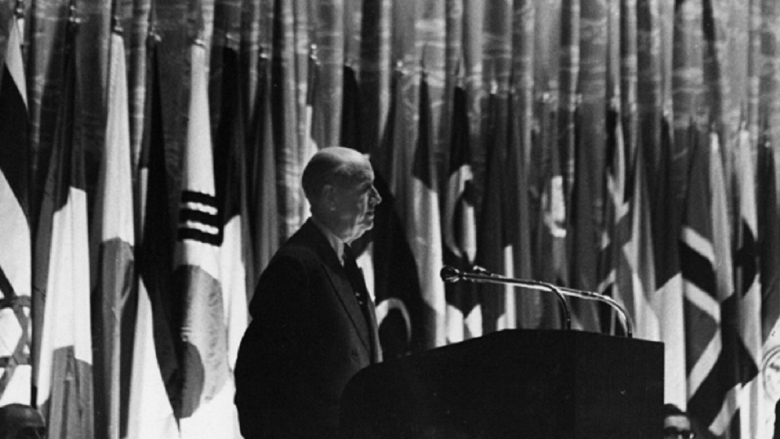 In his speech to the Board of Governors, President Black looks back on his decade leading the World Bank, touching on the Bank’s loan disbursement and bond issues and reviewing the Bank’s growth and successes. Turning to the future, he focuses on atomic energy loans, the Indus waters negotiations, loans to industrial development banks, and the support of private investment. 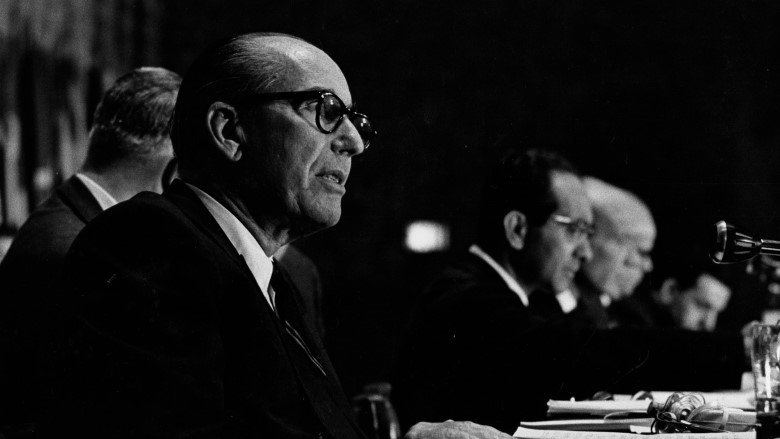 At the 1963 Annual Meetings in Washington, DC, President Woods discussed factors impeding the economic progress of developing countries: the commodity problem, the debt problem, and the policy problem. He details the need for new lending in the agriculture, industry, and education sectors and promotes the establishment of a facility for conciliation and arbitration of international investment disputes. 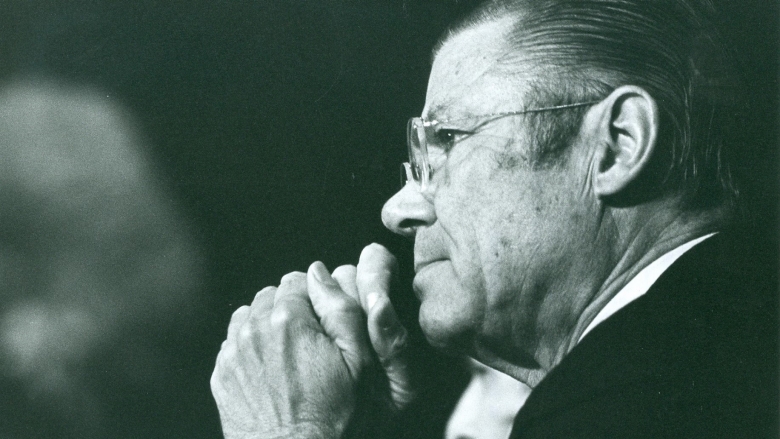 In this address given in Stockholm, Sweden, President McNamara talks about the topics most pertinent to the World Bank's work in developing countries in the mid-1970s, including water and agricultural sectors, governance, and the environment. He also praises the work of the United Nations and their continued collaboration with the World Bank. 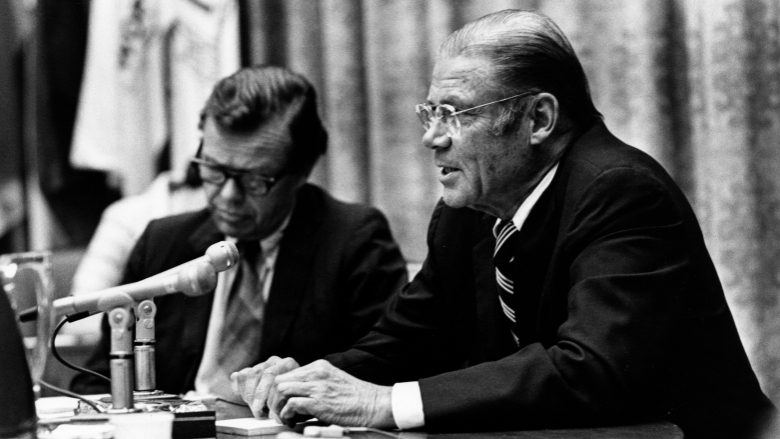 In this address, President McNamara looks at the World Bank’s past record of impacting economic development and alleviating absolute poverty. He discusses the Bank’s innovative policies for accelerating and redirecting economic growth and describes the publication of a new Bank-authored report, the World Development Report (WDR). 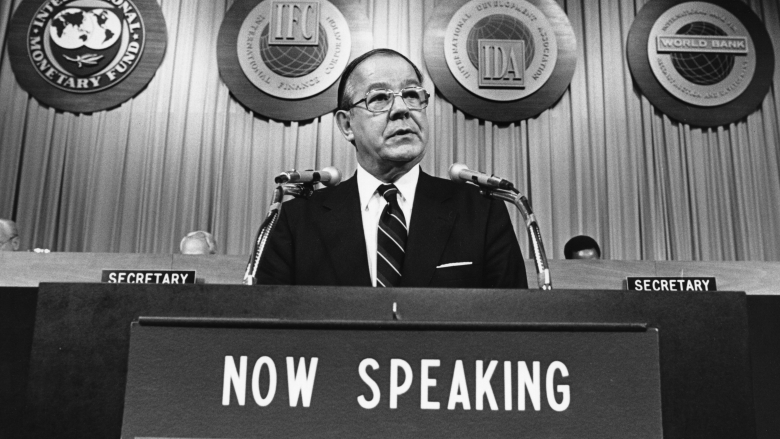 President Clausen looks at the grim economic circumstances facing the world’s developing countries in the early 1980s and provides some thoughts on the future.  He then discusses how the Bank ought to respond and how the institution intends to mobilize resources.