Women participate in a consultation about the proposed Nyimur project, which would benefit communities in the Lamwo district of Uganda as well as in Magwi county, South Sudan.

The waters of the Nile River are the heart of East Africa, providing a vital source of drinking water, irrigation, fish, hydropower, and transport to 200 million people living in the basin. The Nile spans 10 countries – Burundi, Democratic Republic of Congo, Egypt, Ethiopia, Kenya, South Sudan, Sudan, Rwanda, Tanzania and Uganda – making for complex transboundary relations, especially between upstream and downstream countries along the river.

Amidst increasing climate change events, the link between national and regional governments and local communities is crucial to creating response measures to benefit vulnerable populations. But the Nile Basin’s vast geography and diversity in cultures, languages, and interests require that outreach and support to civil society be thoughtfully designed, tailored to local contexts and timely.

For this reason, CIWA is supporting the Nile Basin Discourse (NBD), a network of civil society organizations from across the Nile Basin, to influence the investments under the Nile Basin Initiative (NBI) and other programs. Meaningful engagement on projects that affect communities across borders can often be challenging.

To ensure that community voices are heard, Hellen Natu, the regional manager of the NBD, works to actively include local stakeholders which has led to benefits for both local communities and better investments.

“We focus on moving the community voices upward. Reaching the community, the people, is reaching the roots. That is the only way a society can know its failures and how to turn them to successes. This is the pivotal thinking of the Nile Basin Discourse,” said Dr. Natu.

The community consultations for the $470 million Rusumo Falls Hydropower Project at the Rwanda-Burundi border is a recent example of including citizen voices in project design.

A woman in the Lamwo district of Uganda raises concerns about the proposed transboundary Nyimur project during a community consultation conducted by the Nile Basin Discourse.

Photo Credit: Hellen Natu
" We focus on moving the community voices upward. Reaching the community, the people, is reaching the roots. That is the only way a society can know its failures and how to turn them to successes. This is the pivotal thinking of the Nile Basin Discourse.  "

The consultations with local leaders, women’s groups, farmers, and fishers resulted in adjustments to the technical re-design of the large-scale dam into a `run-of-river’ hydro. This significantly reduced the need for resettlement from tens of thousands to just over 500 people. The input from the local communities also led to an energy benefits-sharing arrangement among Rwanda, Burundi, and Tanzania. The NBD succeeded because it forged close partnerships with the Nile Basin Initiative’s investment arms – the Eastern Nile Technical Regional Office (ENTRO) and the Nile Equatorial Lakes Subsidiary Action Program (NELSAP) – serving as a link to local communities.

As the riparian countries of the Nile basin work to use their massive water-resource potential, regional leaders such as Dr. Natu see how a lack of local participation can limit the benefits to communities.  To ensure that the most vulnerable are reached, it is critical to connect national and regional actors that supervise the development of the river with the communities whose livelihoods depend on it. As more floods and droughts occur, engaging local communities takes on higher importance so that tailored resilience-building solutions can be delivered in a timely manner to those most in need.

In concrete terms, the NBD uses digital networking tools to reach civil society and recently mapped out links between civil society organizations, community leaders, elders, and coalitions. The basin-wide mapping exercise highlighted channels to bring grassroots stakeholders in on investment decisions related to managing the waterway, commodities, and even the creation of a trade corridor for sheep, goats, and cattle to Saudi Arabia. The NBD is now developing its operational strategy and conducting capacity building and training for CSOs in each of the 10 countries. The NBD network, serving as an umbrella organization for 500 CSOs, also enables horizontal communication across CSOs as well as vertical communication from regional organizations and governments to local communities and small CSOs. 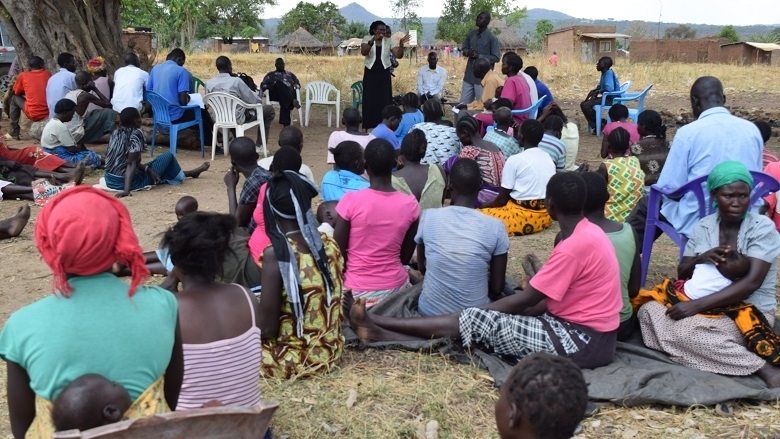 The NBD’s partnerships are ensuring that social concerns are taken into account for water, power, and commodity investments. In the Nyimur-Aswa Multipurpose Project, the NBD coordinated closely with NELSAP to identify community needs regarding an ongoing feasibility study on a dam site and 8-kilometer access road that would allow valuable border trade in livestock between Uganda and South Sudan.

The Lake Edward and Albert Fisheries Project in the Congo and Uganda similarly has been designed to increase income related to fishing.

While the transboundary nature of water projects adds complexity, organizations like the NBD and its basin-wide connections can facilitate coordination across a wide geographic region and varied populations. These strong networks and working relationships empower stakeholders – including women, youth and the most vulnerable – to fully engage in the project cycle to ensure their needs are met and shared prosperity is realized.