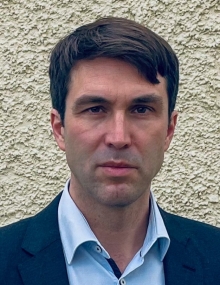 William Romans
William Romans has been appointed head of operations for the Dispute Resolution Service (DRS) and dispute resolution senior specialist. Mr. Romans, who was selected after an open and competitive recruitment process, will take up his duties on April 4.

The DRS became operational in October 2021 and is housed along with the Inspection Panel within the World Bank Accountability Mechanism (AM).

Mr. Romans joined the AM Secretariat as a consultant in August 2021. As senior adviser, he played a key role in drafting the interim operating procedures for the DRS and has been centrally involved in its first case, which is related to the Request for Inspection of the Second Kampala Institutional and Infrastructure Development Project in Uganda.

In his new role, Mr. Romans will, among other things, be responsible for translating strategic guidance into operations during the early phase of the DRS’s operations, establishing and managing a roster of mediators/experts, contributing to the development and implementation of a sound methodology for running the initial DRS cases, engaging with parties to a dispute to facilitate their timely and informed decision on whether to pursue dispute resolution under the terms offered by the AM Secretary, and conducting assessments and analyses to provide tailored recommendations on potential dispute resolution methodologies given the specific local context.

Mr. Romans brings professional experience working in staff positions with international organizations over the course of more than 20 years. With the Organization for Security and Co-operation in Europe (OSCE), Mr. Romans served as senior legal adviser to the High Commissioner on National Minorities, and as chief of the Human Rights Section in Kosovo. He has worked in senior roles on several international election observation missions for the OSCE’s Office for Democratic Institutions and Human Rights. Mr. Romans supported the work of the European Union Rule of Law Mission in Kosovo, as acting head of its human rights and gender office, including supporting the work of its human rights accountability mechanism. He worked with the United Nations as senior legal officer with the Special Court for Sierra Leone, where he led several trial-level judicial advisory teams. He also worked as judgment coordinator and legal officer at the UN International Criminal Tribunal for Rwanda. Mr. Romans holds an LL.M. from Stellenbosch University in South Africa, an LL.B. from Edinburgh University in Scotland, and is qualified as an attorney in New York.