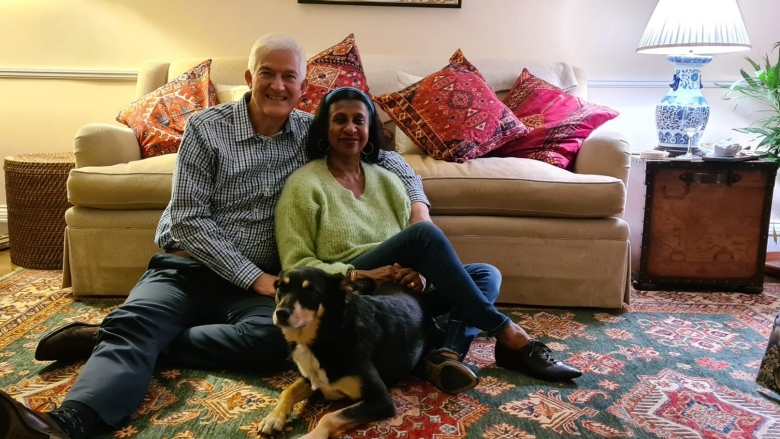 Ms. Kunanayagam, a Sri Lankan-born Australian citizen with a master’s degree in anthropology, began her five-year term on the Panel on December 16, 2018, following three decades of experience across diverse geopolitical and multicultural environments in the private and public sectors.

She recently answered questions about, among other things, what brought her to the Panel and how the experience has been so far.

What prompted you to apply to the Inspection Panel?

I had probably spent 20 or 25 years working in the private sector, and I really wanted to work in the public sector for an organization where the core mission was one of justice, accountability, poverty alleviation and finding redress to inequalities. I didn’t think the Panel or the World Bank would be interested in me because I had spent so much of my time working in the private sector, but somebody sent me the job ad and suggested I apply. I thought this would really suit me perfectly and I felt I could bring my full experience and expertise to the Panel. And, as they say, the rest is history.

You brought a mixture of public-sector and private-sector experience to the Panel. What role has that experience played in carrying out your duties at the Panel?

I think, one, I understand the Bank. I actually worked at the Bank for three years as a secondee, so I understand how the Bank’s financing is structured, how the Bank has to work with governments whether it’s on technical support or major infrastructure financing, and how the safeguards need to be incorporated in anything the Bank does. But I also worked for many years in the private sector. In my last job at BG Group/Shell, where I spent 10 years, I was asked to develop the social performance function. I used the IFC (International Finance Corporation) Performance Standards as the basis and then I had to operationalize things across something like 30 countries on every single continent, including building a very strong assurance process. So, I think both those experiences, in particular, really contribute to the work I am able to do at the Panel.

How did you come to be a secondee at the World Bank in the early 2000s, and what lessons did you take from that experience?

James Wolfensohn, who was the president at the time, felt the Bank needed much more of a mix of experience, that it needed to be exposed to how other sectors worked, so he started a staff exchange program. I had given a paper at a World Bank conference in Papua New Guinea and, unbeknownst to me, the World Bank approached my company, Rio Tinto, looking for a social specialist with very strong operational experience. I was basically told if I wanted to go up career ladder at Rio that I needed to do the three years at the World Bank. What did I learn at the Bank? I went from been fully immersed and knowing everything about what it takes for a massive single infrastructure project to succeed to having to look at issues from a macro and borrower perspective. I also learned that there is a fine balance in getting funding out and delivering on core objectives while ensuring this is done responsibly, namely by incorporating the safeguards. I actually had experience with the Inspection Panel while I worked at the World Bank, so I know what it feels like from the other side. My experience involved a mining project in Ecuador. I was brought into the project after the complaint went to the Panel because the mining department in the Bank recognized that there were things they perhaps should have designed better. So, they started making improvements even before the Panel’s investigation was complete. One was to develop a social component and a whole consultation process around any form of mining, starting from the very early geological mapping. I was brought in to design that social component and the consultation process.  So, I saw the benefits of the Panel process that resulted in us making improvements, even though having the project complained about to the Panel was not something, needless to say, that we wanted.

You have been a Panel member for three years. Has the job been what you expected?

Like any new job, at first it was unfamiliar. Remember I came from corporate where the work was not just high pressure—because I would say the Panel work has its own set of pressures and challenges—but at a huge pace and you don’t really control the timing of your work. First, it was a bit of shock to me that I didn’t have 150 emails in my inbox every day. But then Dilek (Barlas, the Panel’s executive secretary at the time) said, “No, no, no. The Panel is different. It’s not a place where you get 150 or 200 emails a day but it is all about the rigor and the accuracy of the work and the in-depth analysis and research that we have to provide so that any Panel document is 100 percent foolproof in every possible way.” I have found that very interesting and something I really like about the Panel.

If you were speaking to a new hire at the World Bank, how would you explain the Panel’s role within the institution?

I would say the Inspection Panel is one of the independent accountability units at the World Bank, and it is very important that you have that level of accountability and independence. When you look at the volume of funding that the World Bank does and the number of projects the World Bank finances, it is really important that project-affected people are able to raise an issue with an independent mechanism and that mechanism has the ability to look into that issue and deliver its findings right to the Board. I think that is a critical role.

You and your husband Scott – along with your dog Louvella – recently moved from London to Washington. How are things going so far?

There is not a single day when I do not get up in the morning and tell myself, “I can’t believe I am living in the capital city of the most powerful country in the world.” The weather in Washington is incredible compared to London. We have blue skies and sunshine even in the depths of fall. We can never get over that. And from a cultural perspective, Washington is an amazing city to live in. We love walking around DC and seeing all the monuments, and we certainly plan to explore the museums in the new year. Louvella acts like she has lived here all her life. She is a rescue dog, an Australian Kelpie crossed with a Welsh collie, who came from a very poor part of Wales. That is another miracle, that she came all the way from Wales to the center of the free world!