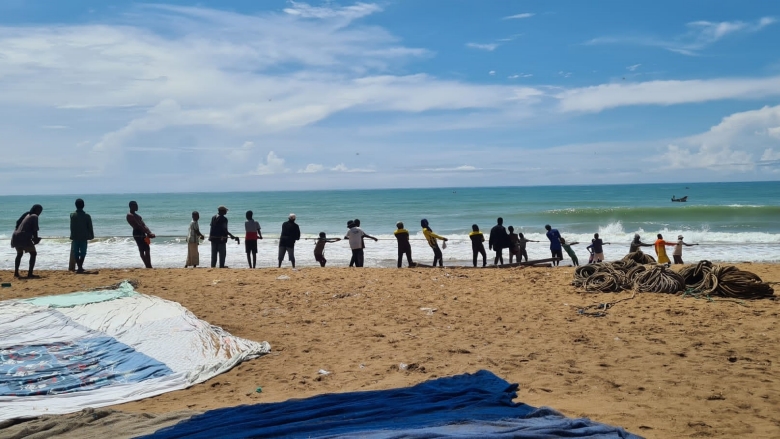 The World Bank Board of Executive Directors on November 22, 2021, approved an Inspection Panel recommendation to defer for six months its recommendation as to whether an investigation is warranted in response to a Request for Inspection of the West Africa Coastal Areas Resilience Investment Project, its additional financing, and the Global Environment Facility.

The Request was submitted on August 4, 2021, by two community members living in the villages of Kpogan and Kpeme on the coast of Togo who represent the community. On August 27, 2021, a third community member living in the village of Agbodrafo, Togo, signed the Request. On the same day, the Panel received additional signatures from 27 project-affected persons (PAPs) living in nine villages, and from a community-based organization authorized by the Requesters to represent them. The Requesters have asked the Panel to keep their identities confidential, fearing intimidation and reprisal.

The Requesters allege that the project will adversely affect the fisherfolk, residents and property owners along the Togolese coast. The Requesters raise five areas of concern. First, they claim that they are under threat of eviction because of the project. Second, they are concerned that because of the project activities a smaller area of the beach remains for the fishing communities to use for their activities, which has an impact on their livelihood and on the livelihood of the community overall. Third, they are also concerned about the planned involuntary resettlement and the valuation, compensation and relocation sites related to this process. Fourth, they claim that PAPs have not received adequate and timely project information and have not been meaningfully consulted about project activities. Fifth, they claim that alternatives to the physical aspects of the project were not fully analyzed.

In its response, management concluded that the Requesters’ concerns mainly relate to government interventions that are unrelated to the project. It stated that the Bank has followed the policies and procedures applicable to the matters raised by the Request. The management response also committed to supporting the government in the implementation of the project, a recognition of the need to maintain a strong engagement with the PAPs, and a list of actions. Those actions included: (i) a social audit to assess any unintended impacts that may have resulted from the temporary access restrictions during the project’s emergency works; (ii) adequate options to ensure free access to the beach and avoid/limit any interference with boat landings and fishing activities; (iii) piloting the Local Action and Citizen Engagement Initiative in Togo that aims to support information sharing, capacity building and dialogue with local communities as part of a community-based resilience approach; and (iv) a better targeted and more proactive information campaign for stakeholders and local communities regarding coastal zone development challenges in Togo.

In its November 8, 2021, eligibility report recommending the six-month deferral, the Panel acknowledged the serious concerns raised by the Requesters. It also recognized that the project is welcomed by the different stakeholders including the Requesters in Togo who understand that it is critical to addressing the immediate threat they are facing as a result of the eroding coastline. The Panel noted that the Requesters and the Request for Inspection, with the exception of the allegations regarding evictions, meet the technical eligibility criteria set forth in the Panel Resolution. Concerning the threat of evictions, the Panel determined that while these concerns are of serious character and real to the community, the announcement of potential evictions and the need to clear a beach strip as public domain are not related to the project’s work or its planned activities. The Panel also noted that most of the Requesters’ concerns relate to potential harm. It further noted that the list of remedial actions management has committed to are defined, measurable and timebound. In light of this, the Panel stated it was deferring its recommendation as to whether an investigation is warranted. It stated it will reassess the situation in view of the implementation of the management actions and will inform the Board of its recommendation within six months.