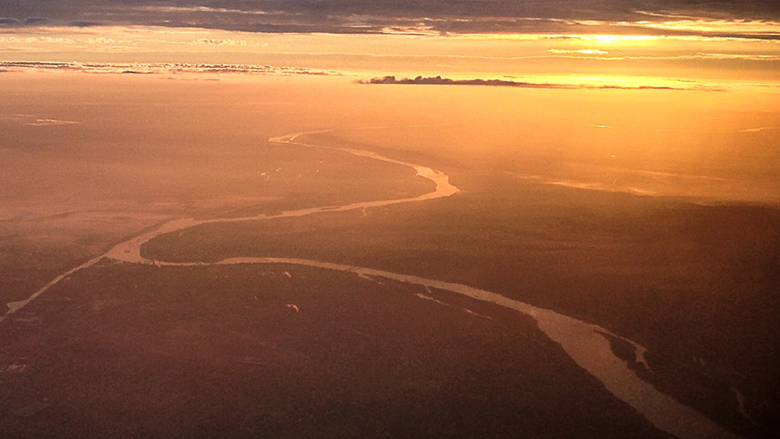 The recent publication, “Europe and Central Asia: Country Risk Profiles for Floods and Earthquakes”, is a collaboration between the Global Facility for Disaster Reduction and Recovery (GFDRR) and the World Bank.

The Europe and Central Asia region experiences a variety of natural hazards, including floods, earthquakes, droughts, landslides and wildfires. Such shocks not only trap communities in poverty and exacerbate inequalities but also roll back development gains and disrupt livelihoods. For example, the floods in Serbia in May 2014 caused damages and losses estimated at 5 percent of national income, pushed 125,000 people into poverty and, in the long term, 52,000 jobs were lost as a result.

Elsewhere in Europe and Central Asia, other countries are also hit hard by such catastrophic events. Over time, close to 30 percent of the capitals of countries across Europe and Central Asia have been at one time or another devastated by earthquakes and floods. And more recently, in just the last 30 years, 500 significant floods and earthquakes across the region have led to roughly 50,000 fatalities and US$80 billion in damages. 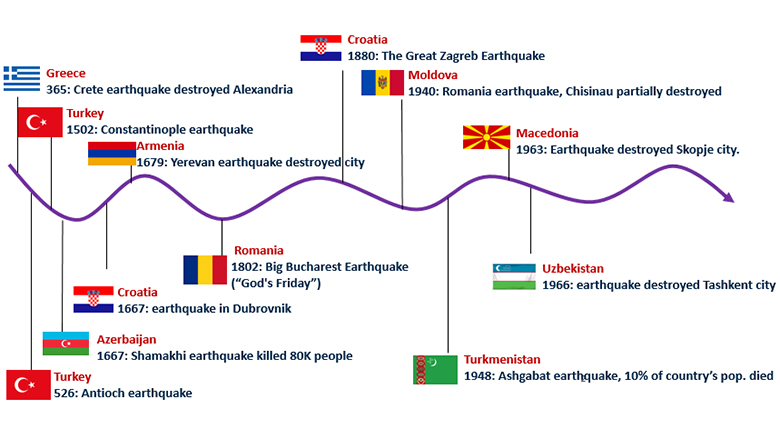 Recognizing, assessing, and understanding risks from natural hazards and climate change are the first steps toward reducing their adverse effects. With access to comprehensive disaster risk information, policymakers, the public and other stakeholders can better understand the potential impacts of natural hazards, and carry out risk-sensitive planning and investment before a disaster strikes.

Investments supporting disaster risk management also provide benefits beyond the mitigation of risk and the reduction of loss when disaster strikes. Investing in resilience also unlocks economic potential thanks to reduced risks, and generate development co-benefits such as eco-system services, transportation uses and agricultural productivity gains, even in the absence of disaster.

As part of these efforts, the World Bank, in collaboration with GFDRR, recently released the Europe and Central Asia Country Risk Profiles for Floods and Earthquakes publication. From it, national decision-makers and other stakeholders can obtain an overview of the evolution of risk in each country, how the risk varies among a country’s provinces, and how countries rank in regard to risk in the Europe and Central Asia region.

At a technical level, GFDRR, through the Innovation Lab, facilitated the development of national probabilistic risk profiles for selected countries across Europe and Central Asia as a first step of initiating a dialogue with governments to consider further policies, measures, and investments that could increase resilience. Such quantitative risk profiles are derived from existing global flood and earthquake models, and take into account the dynamic nature of risk by including changes in climatic scenarios and patterns of socio-economic development (urbanization, demographic growth, etc.).

For each country profile, the resulting risk assessments reveal a country’s susceptibility to risk in terms of affected population, affected Gross Domestic Product (GDP), and – for the earthquake risk models – quantified in terms of fatalities and capital losses. The risk profiles also look at scenarios where a given event is less frequent but more extreme in magnitude – also known as "return periods" in this context.

In Armenia for example, a 100-year flood is estimated to impact about 6 percent of GDP ($700 million) while a much larger percentage (84 percent or $9 billion) could be affected by a 250-year earthquake. For Armenia’s population and economy, earthquakes therefore present a much higher impact risk, but are much less likely to occur. 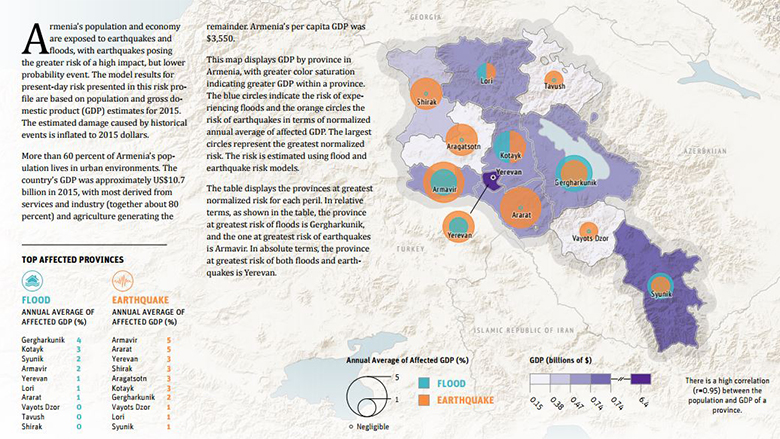 While this is a preliminary assessment, it can serve to identify on first glance the provinces with higher estimated percentages of GDP at risk annually for both floods and earthquakes.

As the world evolves, particularly with urbanization and climate change, disaster risk estimates change. The Europe and Central Asia Country Risk Profiles account for these "drivers of risk" by taking into account different climate change projections and socioeconomic growth scenarios. Yet, due to the inherent uncertainty that the future holds, there is a certain range of estimates a risk assessment provides. So what does this mean in practice?

Going back to Armenia: if the country had experienced a 250-year earthquake in 2015, for example, the affected GDP would be about $9 billion in damage and losses. Yet, the assessment indicates that in 2080, the same earthquake is likely to cause damages between approximately $30 and $50 billion. The relatively large spread of $20 billion in damages is derived from uncertainty in changes in urbanization, population growth and an increase in exposed assets. As with all future impact estimates, uncertainty is an inherent part of a risk assessment and should be taken into account by decision-makers.

The Europe and Central Asia Country Risk Profiles for Floods and Earthquakes will serve as an initial stepping stone in helping decision-makers become aware of the potential impacts of a disaster, particularly in a region that often lacks updated, accessible or digitized risk information. This type of actionable information is essential for policies, investments and other forward-looking measures that can build resilience in the long term. 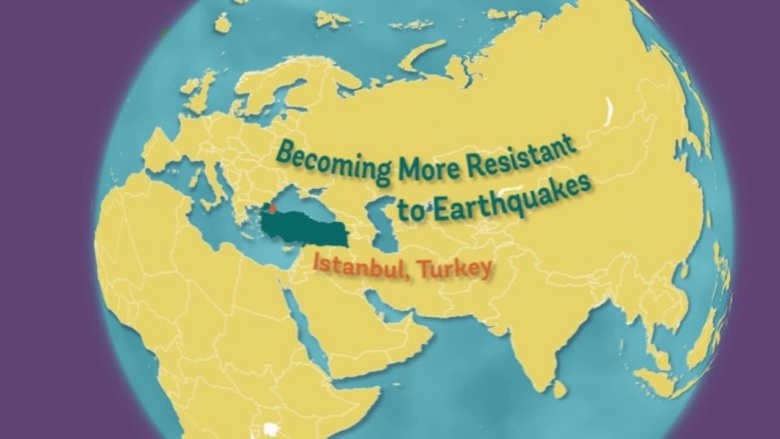