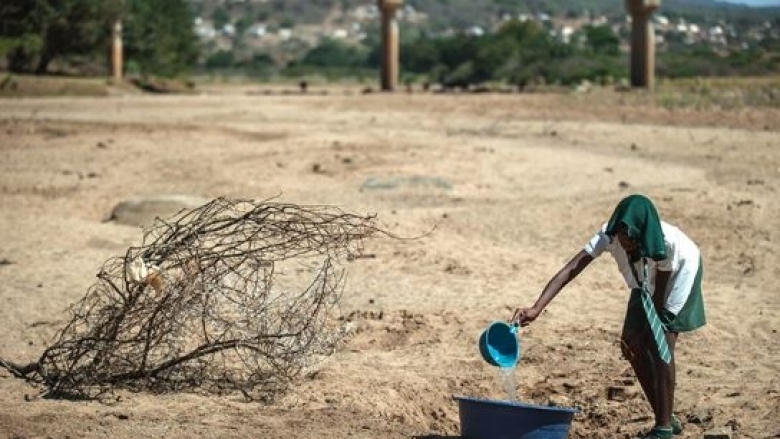 AMBOVOMBE, December 17, 2016 -- Rain- finally! A sigh of joy goes through the audience as the President of Madagascar Hery Rajaonarimampianina sets his foot on the little stage in Ambovombe, a small town in the South of Madagascar.

The President is here not for the rain but to witness the first payment of a new cash transfer program, financed by the World Bank and UNICEF, to respond to the wide-spread food insecurity and malnutrition caused by a two -year drought that has distressed large regions of Southern Africa, from Madagascar to Angola, from Ethiopia to South Africa.

Southern Africa has been hit by its worst drought in 35 years. Across the region, it is estimated that between June 2016 and March 2017, 32 million people are food insecure. The humanitarian impact extends beyond food security with reports of increased levels of malnutrition, difficulty in accessing water, higher school drop-out rates, increased incidence of communicable diseases and rural to urban migration.

Poor harvests and resulting cereal deficits have caused food prices to soar. Poverty is expected to rise, jeopardizing decades of hard-won developmental gains in the region.  The countries where the impact of the drought is highest include some of the poorest countries in the world: Lesotho, Madagascar, Malawi, Mozambique, Swaziland, and Zimbabwe.

In response to this emergency, the World Bank is using its Crisis Response Window (CRW) through the Banks’ Fund for the Poorest (IDA) to provide additional financing to a number of countries, including Lesotho, Madagascar, Malawi and Mozambique to provide fast disbursements of cash transfers to the affected population. This is now possible thanks to the rise of social safety nets in Africa in recent years.

Many countries have put major efforts into testing and setting up cash transfer programs that are able to reach the poorest of the poor, even in remote areas, based on community and proxy-means-test selection, and using transparent payment mechanisms through financial intermediaries – mobile banking services, microfinance institutions or NGOs – to provide extreme poor households with regular income support over several years.

The programs are often linked to promoting school attendance of primary school children, participation in nutrition and health programs, or they are linked to work requirements, such as Ethiopia’s Productive Social Safety Net program reaching food insecure households during the lean season, in exchange for cash payments to beneficiaries.

It is, however, the first time, that cash transfers are being used to respond to the drought in a number of countries in Southern Africa.  In fact, they have become a primary response, alongside other interventions, for governments, with support from the World Bank, to provide direct support to the disaster-affected population. 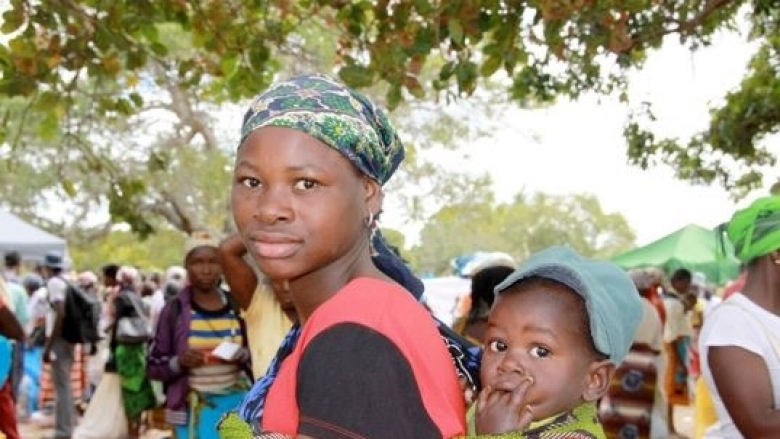 In Mozambique, 200,000 children are at risk of malnutrition brought about by severe drought.

First, cash transfers have become a major mode of delivery for disaster response in many countries, thanks to the governments’ progress in establishing the mechanisms for basic social safety nets.

Second, the institutions implementing social safety net programs are now able to adapt their operations to respond quickly to the most urgent needs of the disaster-affected population through cash transfers. For example, in Madagascar, the Intervention Fund for Development (FID) was able to deliver cash transfers within five months. As systems improve and become more efficient, payments will become faster which is crucial in emergencies.  Governments are able to respond quickly in times of crises due in most part to the targeting and payment systems, national beneficiary registries and grievance mechanisms set up when cash transfers programs were established.

Third, cash transfer programs are designed – even in an emergency – to provide complementary support through, for example, livelihood recovery activities or community nutrition services to disaster-affected families and communities. In fact, cash transfer programs are increasingly used as a platform to connect disaster response with early recovery and development activities, thus helping families in the medium-term to work towards a sustainable recovery.

Fourth, cash transfer programs provide a feasible alternative to food aid in an overwhelming majority of countries where markets are functioning sufficiently. That is why many emergency response agencies such as the World Food Program and humanitarian NGOs increasingly deliver assistance to families in need through cash (or vouchers) instead of food rations. However, this creates new challenges for governments in terms of coordination, harmonization of approaches and accountability that will need to be addressed effectively.

In Ambovombe, as the lively inauguration of the first payments to 8,000 families comes to an end, the combination of natural rain and cash will hopefully help families reestablish their lives, their livelihoods and their confidence in the government’s willingness and ability to support them in a desperate situation.