Fighting Poverty: the Most Economical Option for Brazil 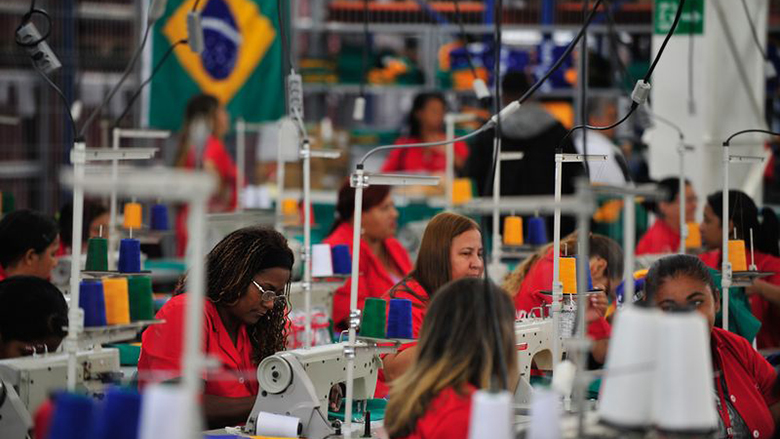 Bolsa Família program beneficiaries receive professional training: according to a new report, adjustments could be made to country's budget without harm to the poorest 40% of the population

Marcelo Camargo/ABr.
A new World Bank report compares the public expenditures that benefit the poor and the rich

If you had to cut down on your spending, what would you cut first?

A new report by the World Bank indicates that the gap between expenditures and revenue in Brazil will have to be closed at some point, at the risk of the debt level getting out of control, with an impact on the economy and the services provided to the population. Primary expenditures by the general government account for 37% of the Gross Domestic Product (GDP), while the primary revenue amounts to 36% of GDP. The payment of interest, not accounted for in primary expenditures, corresponded to 12.5% ​​of GDP in 2015.

Adjustments can be made to the budget without harm to the poorest 40% of the country's population. According to the recent Systematic Country Diagnosis (SCD) for Brazil, programs and services aimed at this segment of the population cost only 12.1% of GDP (as opposed to the 16.1% spent on the non-poor) and make a difference for those in need.

The subsidies and the current social security pension system benefit the rich to a greater extent than the low-income population, as stated in the report. This makes them great candidates for restructuring.

An important issue is the contribution time required to receive a full salary versus the period during which retirees receive the benefit: on average, 35 and 22 years respectively. Generally speaking, Brazilians start contributing to the social security pension system at 25, retire at 60 and have a life expectancy of 82 years. Additionally, the contributions to the General Regime - excluding simple and rural plans - is between 28% and 31% of one's salary, while the retirement benefits for a person with the same profile amounts to approximately 85% of the last salary earned.

One way to alleviate this problem is to increase the contribution period. For example, a worker who retires at age 65 - in good health - rather than at 60, will have valuable knowledge and experience to impart upon new generations. “The effect on people's lives can be beneficial and the fiscal impact is 100% positive," states Raiser.

Brazil spends the equivalent of 5% of GDP on subsidies to companies. Although this is lower than the amount spent on social security and retirement pensions, it tends to favor the rich.

This is because the companies that benefit from most subsidies are not small enterprises run by low-income individuals, but rather large companies that hire better-qualified workers and which may not, necessarily, generate quality jobs for the poor.

Considering that subsidies are provided at low costs (in a country where the cost of financing is high) and their availability is limited, the new SCD poses the question: are they going to those who really need them?

On the other hand, programs and services aimed at the poor - the equivalent of 12.1% of GDP - do promote real benefits. This figure includes primary and secondary education and public healthcare as well as initiatives like Bolsa Família. As such, rather than reigning in spending, the new SCD recommends making more efficient use of the funds available to these services to enable their continuous improvement.