The Importance of Expanding Early Childhood Development in Bulgaria

Bulgaria has a well-established system for child care, with nearly 83 percent of Bulgarian children going to kindergarten. Expanding this service to include the excluded 17 percent of kids, however, will make a real difference both for the prospects of those for those children and for the prosperity of the country.

This was the main message delivered by Tony Thompson, World Bank Country Manager for Bulgaria, the Czech Republic, and Slovakia, at a roundtable discussion held at the Bulgarian Parliament March 24, 2016.

The event, which was organized by the Parliamentary Health Committee, the Bulgarian Red Cross, the Bulgarian Pediatric Association and UNICEF, brought together some 60 national stakeholders, policy makers, and international partners. The Deputy Ministers of Labor and Social policy and Healthcare, as well as the Mayor of Sofia, also attended the event, during which the World Bank was invited to deliver a presentation - as an institution that has an immense body of research and vast experience in Bulgaria in the area of early childhood development. 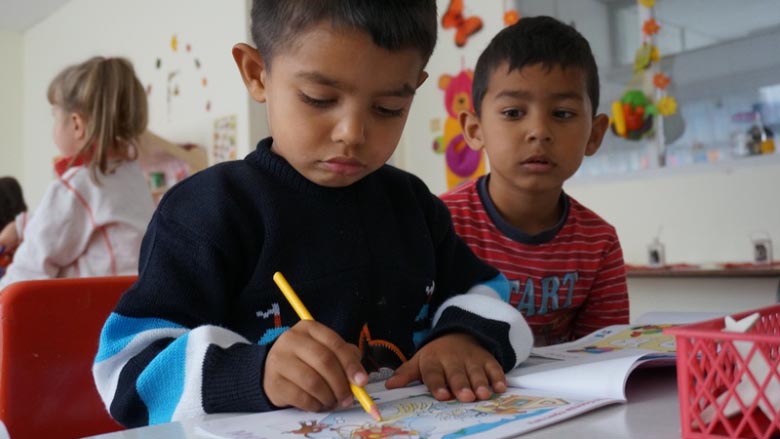 While 83% of Bulgarian kids attend kindergartens, the vast majority of the remaining 17% who do not are kids from the most excluded parts of the society.

The World Bank-supported Social Inclusion Project, which was completed at the end of last year, aimed to help children who were below the age of seven and from poor and disadvantaged families, as well as children with disabilities, to prepare for school by providing a combination of investments in both infrastructure (primarily kindergartens and children centers) and services, such as medical screenings, speech therapists, physiotherapists, pediatrician checkups, and parental training.

Another project, called the “Springboard for School Readiness/Готови за Училище,” includes an impact evaluation of interventions that work to increase the number of Roma children going into kindergarten. This project was designed and is being implemented in partnership with the Trust for Social Achievement (TSA) funded by the America for Bulgaria Foundation and the World Bank. Other partners include the Open Society Institute and the Bulgarian Ministry of Education. (See more about the project in the video) 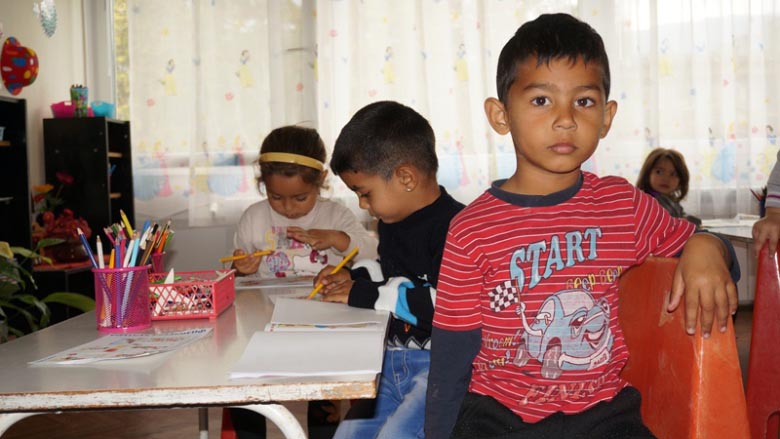 Expanding early childhood development to include the excluded 17 percent of kids will make a real difference both for the prospects of those children and for the prosperity of the country.

Research from the World Bank shows that inequalities in education in Bulgaria start early - with few children from poorer backgrounds benefitting from early childhood care and preschool education programs. While 83% of Bulgarian kids attend kindergartens, the vast majority of the remaining 17% who do not are kids from the most excluded parts of the society. Evidence suggests that extending the preschool education of vulnerable children by one year will translate into the acquisition of additional knowledge that is equal to one half of a year of additional schooling.

According to data in the recent World Bank report on skills, employers in Bulgaria have a very high demand for - and greatly value - socio-emotional skills, such as conscientiousness, perseverance, and showing up to work on time. This demand surpasses global rates. These exact skills are ones that are acquired early in life, in the first 1000 days. Data shows that for people with the same education, better cognitive and socioemotional skills pay-off in terms of higher earnings.

Connecting the dots and zooming out to tell the bigger story on Bulgaria’s economy and prospects for shared prosperity is essential to expanding early childhood development services in order to boost the productivity rate. Data shows that Bulgaria could converge with EU living standards in just one generation. But this will only be possible if productivity grows at a faster pace. In order to achieve this, investments in skills are needed and positive examples of early childhood development practices in Bulgaria should be replicated and scaled-up.