In Ethiopia, Female Entrepreneurs Get a Chance to Pursue Their Dreams 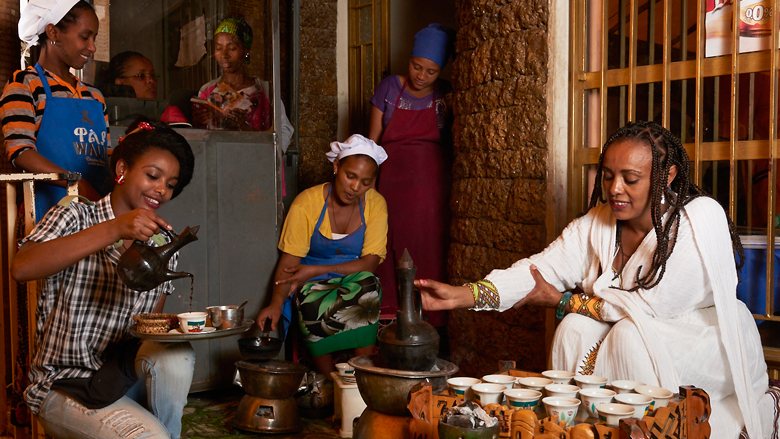 Zinabua Hailu has a 10-room hotel and restaurant in the bustling Gofa neighborhood of Addis Ababa. © Stephan Gladieu

Zinabua Hailu has a dream. She wants to build a big hotel with “stars” — one that meets international rating standards, the kind of hotel tourists might frequent.

It’s not an impossible dream. Over the last eight years, the mother of three has built her business from a one-room, one-person food vendor operation into a 10-room hotel and restaurant with a staff of 18 in the bustling Gofa neighborhood of Addis Ababa.

Zinabua is among more than 3,000 women in Ethiopia who have been able to tap financing since 2013 to start or expand a small business. A special line of credit for female entrepreneurs is being offered through the Development Bank of Ethiopia and selected Ethiopian microfinance institutions and backed by the World Bank’s fund for the poorest countries, the International Development Association, with additional financing from the international development agencies of Canada and the United Kingdom.

Zinabua borrowed 800,000 birr, or about $38,000, an amount that previously would have been tough for a female entrepreneur in Ethiopia to obtain.

Normally, women in Ethiopia — and other developing countries — face bigger challenges than men in starting or expanding a business. Women are less likely to own assets, such as land or a house, that can be used as collateral for a loan. They often have less education than men or face discriminatory laws or customs.

Indeed, Zinabua says it has been difficult to get to where she is today.

She first had to convince her husband, a civil servant, that she needed to work to help pay for their children’s education. After the birth of their third child, Zinabua got a loan of about $100, using their home as collateral. She began cooking and selling food to day laborers. Two years later, she got a bigger loan and opened a restaurant. After five years of faithful loan repayments, she qualified for the larger loan and opened her current business.

“Women are becoming very much empowered and involved in business,” says Zinabua. “It is a must to get involved in economic development.”

Yet, an estimated to grow. Financing needs are estimated at some $285 billion.

Research indicates that investments in women-owned businesses offer one of the “highest return opportunities available in emerging markets,” according to World Bank economists Francesco Strobbe and Salman Alibhai.

Because female entrepreneurs tend to hire other women, among whom unemployment is more common, their businesses “can be a key driver in reducing high overall unemployment rates,” they said in their paper, Financing Women Entrepreneurs in Ethiopia.

Strobbe leads the Women’s Entrepreneurship Development Project in Ethiopia, which provides a $50 million line of credit to financial institutions financing women-owned micro and small businesses. The project has also provided entrepreneurship training to over 5,000 women.

The demand for this financing has been “staggering,” says Strobbe.

About 76% of borrowers had never had a loan before, yet the repayment rate is 99.4%.

The project aims to unlock capital to help close the financing gap, particularly for growth-oriented businesses that need bigger loans equivalent to $10,000 or more.

Zinabua was able to obtain a loan of nearly $40,000 for her hotel and restaurant business — about 2.6 times bigger than her previous loan (about $14,000) from the same institution.

" Women are becoming very much empowered and involved in business. It is a must to get involved in economic development. " 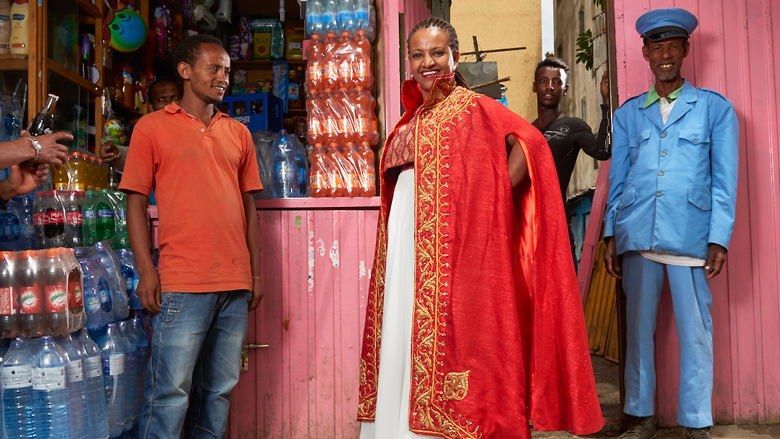 Addis Ababa-based fashion designer Sewasew Hailu has had four loans in the seven years she has been in business, each progressively larger. She, too, was able to tap a significantly higher amount of financing — about $40,000 — as a result of the new line of credit. Like Zinabua, her previous loan was about $14,000.

“The biggest challenge for beginners in a first business is finance,” says Sewasew, who has customers from Europe and other African countries.

The difficulty in getting a loan is collateral, she says.

“The financial need is there. There are many women and men who want such services,” says Sewasew.

The World Bank's Africa Gender Innovation Lab is evaluating how well the project has addressed gender disparities in micro and small enterprise development, with the goal of discovering the best ways to help women start, operate, and expand a small business in Ethiopia.