Does Microfinance Still Hold Promise for Reaching the Poor?

Nearly two decades ago, when the concept of microfinance as a poverty reduction tool was in its infancy, there was hope that microcredit would transform economic and social structures. With its focus on reaching the previously unbanked, microcredit was expected to bring about change at the household level, a market in developing countries that traditional financial institutions had failed to reach.

Fifteen years on, the microfinance industry is estimated at $60-100 billion, with 200 million clients, but the results have been mixed. Critics cite modest benefits associated with microcredit, overindebtedness, and a trend toward commercialization that is less focused on serving the poor.

This March, the Research Department’s Policy Research Talk was given by Lead Economist Robert Cull, who drew on a variety of data and research to examine the varied track record of microfinance institutions, and where this approach to poverty reduction might be headed. The Policy Research Talks are a monthly event held by the research department to foster a dialogue between researchers and their colleagues across the World Bank.

Research Director Asli Demirguc-Kunt, who hosted the event, said that “The initial narrative around microfinance—that it was going to unleash the entrepreneurial spirit of the poor and lead to significant growth and poverty reduction—was never really all that realistic. Those with more measured expectations generally focused on consumption smoothing and risk management aspects, and also on micro-savings and micro-insurance, instead of just on credit. Nevertheless, there are a lot of questions and concerns about microfinance.”

Cull summarized the findings of six experimental studies of microcredit ranging from Ethiopia to Morocco to Mexico that were the focus of a Financial Services for the Poor conference held this past February at the World Bank, with the involvement of J-Pal and CGAP; in general these studies pointed to increases in borrowing, self-employment activities, and some business investments. There were also modest reductions in wage labor supply, while the impact on consumption was mixed. However, “you don’t see anything transformational in terms of household incomes, wealth, or poverty levels,” he said.

Cull drew on new data from the Microfinance Information eXchange (MIX), which is supported by the World Bank through the work of the Consultative Group to Assist the Poor, to provide an overview of how different microfinance providers operate in the market. MIX is the largest industry data source on the finances of microfinance institutions.

On average, lenders incur higher costs in making smaller loans, and they in turn charge borrowers higher interest rates. Different types of microfinance institutions cater to different market segments, with NGOs and non-bank financial institutions targeting the poorest and banks more focused on reaching the less poor, but more commercially viable, portion of the market. “The notion that we can serve the poorest of the poor without reliance on subsidy is far-fetched at this point. We will need to make changes not only to the model but to the delivery mechanism,” he said.

" The notion that we can serve the poorest of the poor [using microfinance] without reliance on subsidy is far-fetched at this point. We will need to make changes not only to the model but to the delivery mechanism. " 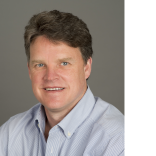 Cull then considered two greenfield models for expanding financial inclusion in countries in Sub-Saharan Africa: a top-down approach that uses branded retail banking networks and a bottom-up one that relies on consolidating an existing network of affiliates while adding new affiliates.

Drawing on data from MIX and IFC­ that spanned 2006-2012, he traced the evolution of these models from low profitability to considerable growth and increases in the number of branches. In terms of growth and loan size, “Relative to young African microfinance institutions, they perform very well,” said Cull. “Greenfields are an effective way to reach a large number of people. They also seem to be commercially viable and sustainable. However, they are not reaching the poorest of the poor.”

If these firms had to pay a market rate on their sources of funding, “very, very few microfinance institutions are profitable, from the point of view of a true opportunity cost of capital, which suggests that there is a lot of subsidy in this market still.” In fact, Cull found that the subsidy per borrower is much higher for borrowers at the higher end of the loan scale, suggesting that subsidies are not pro-poor, and the per borrower subsidies for banks are higher than for NGOs. In addition, the subsidy per dollar and per borrower does not increase with the percentage of women borrowers, so subsidies are not pro-women, either. Furthermore, these subsidies decline as MFIs age but not that rapidly, indicating persistence in their allocation.

In addition to subsidies, Cull suggested a variety of measures to help meet the challenge of reaching the poor and emphasized that microfinance is not just microcredit. He highlighted measures such as technological innovations like mobile banking services, offering agents as nearer points of contact, and a better understanding of client needs including savings devices, electronic payments, and more flexible loan repayment schedules.

Discussant Sebastian-A Molineus, Director of the World Bank Group’s Finance & Markets Global Practice, discussed the role of microfinance in the context of the World Bank’s goal of achieving universal financial inclusion by 2020. “There is no one-size-fits-all answer to microfinance. Indeed, there is a range of providers that are needed for full financial inclusion: banks, non-bank financial institutions, NGOs, etc.” He pointed to the Bank’s multi-tiered approach to supporting the microfinance industry: at the macrolevel with legislation, regulation, and supervision; at the mesolevel with support services and infrastructure; and at the microlevel with financial service providers. 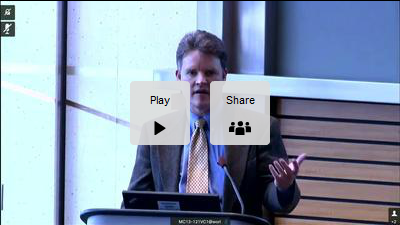