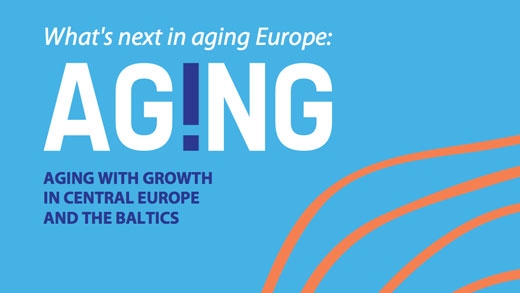 Active Aging: How Can Bulgaria Tap the Potential of the Elderly?
June 22, 2016Sofia, Bulgaria
A round table discussion with different stakeholders

Victoria Levin, World Bank Senior Economist presented some of the findings of a recent study on Aging in Central Europe and the Baltics at the event and explained that the term 'active aging' means enabling individuals to remain healthy and productive at older ages and thus better able to take advantage of longer lives (see infographic below). She also explained that there are two misconceptions of aging - namely that elderly people dream about retirement and are less productive workers. She emphasized that there is a growing amount of research disproving these myths and explained that Bulgaria could address the aging challenge by implementing policies related to healthy, active, and productive aging.

Bulgarian Minister of Labor and Social Policy Zornitsa Roussinova pointed out that addressing the demographic challenge is a priority for the policy makers in Bulgaria and outlined the key priorities in the government agenda. The Balkan Institute shared some findings from their recent research on the labor market trends, and the Bulgarian Red Cross presented results from a project for community-based integrated health and social services for elderly.

Bulgaria is undergoing a profound socio-economic transformation brought about by extraordinary demographic change. Between 1950 and 1988, its population grew from 7.3 million to almost 9.0 million and then fell in half the time to 7.5 million by 2010. Low birth rates, high mortality rates and significant emigration explained the slow population growth before the 1990s as well as its steep decline over the last two decades. Emigration alone has contributed to a 10 percent decline of the economically active population since the 1990s.

Bulgaria is heading for the steepest drop in working-aging population of any country. This will potentially impose a heavy burden on the economy. According to UN projections, its labor supply is projected to decline by up to 40 percent by 2050. Its old-age dependency ratio, i.e., the share of elderly in the total population, is expected to double over the next four decades. By 2050, one in three Bulgarians is projected to be older than 65 and only one in two Bulgarians will be of working age. Since the proportion of the population that works is a key determinant of a country’s income level, its decline is likely to depress growth.

The higher productivity grows, the easier it will be for Bulgaria to manage this demographic challenge. Given its declining working-age population, Bulgaria will have to rely on productivity growth to sustain growth in aggregate income. Productivity growth means that a country is able to produce more output with the same input factors, such as capital and labor. As output per worker increases, fewer workers will be effectively required to pay for existing health sector, pension and long-term care liabilities. Higher growth is also likely to generate better employment opportunities inducing more workers to participate in the labor force and to stay in or move to Bulgaria. It is also required to raise household savings, which are needed to ensure that the elderly can afford a decent standard of living. 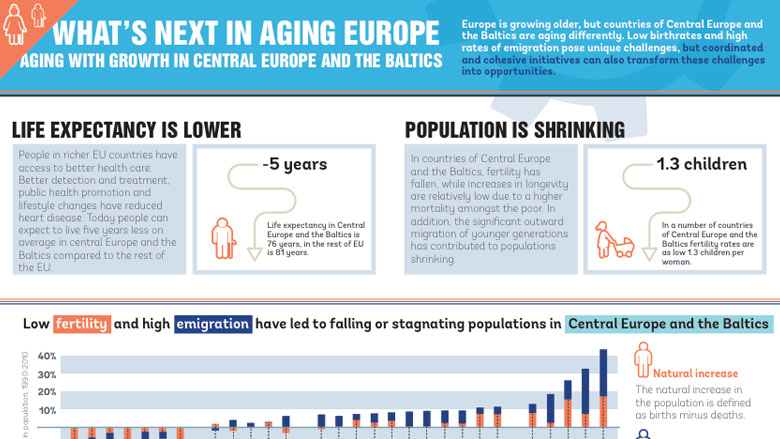 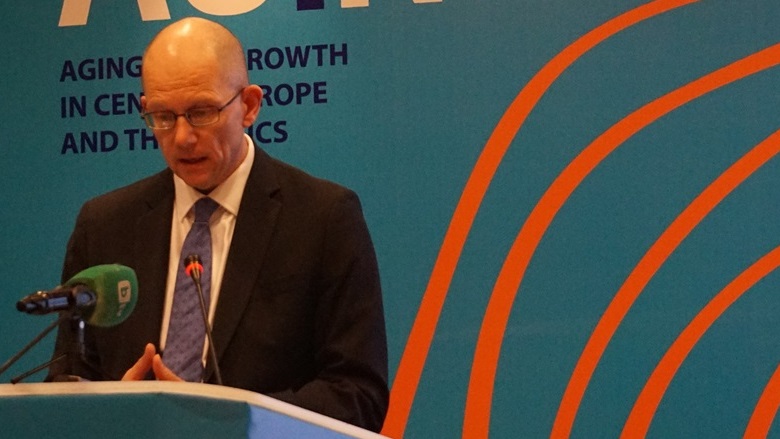 Tony Thompson, World Bank Country manager at the event: “When speaking of aging there is no “they and us” – it is about all of us or how together we can grow older with better quality of life, with dignity and purpose”. 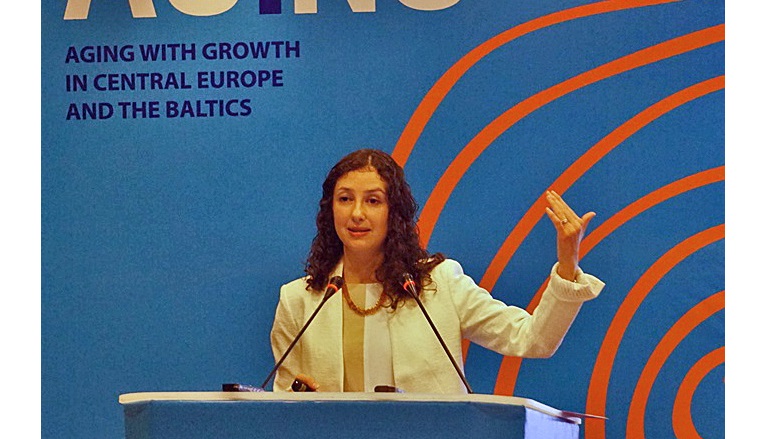 Victoria Levin, World Bank Senior Economist presented some of the findings of a recent study on Aging in Central Europe and the Baltics and explained the term 'active aging'. 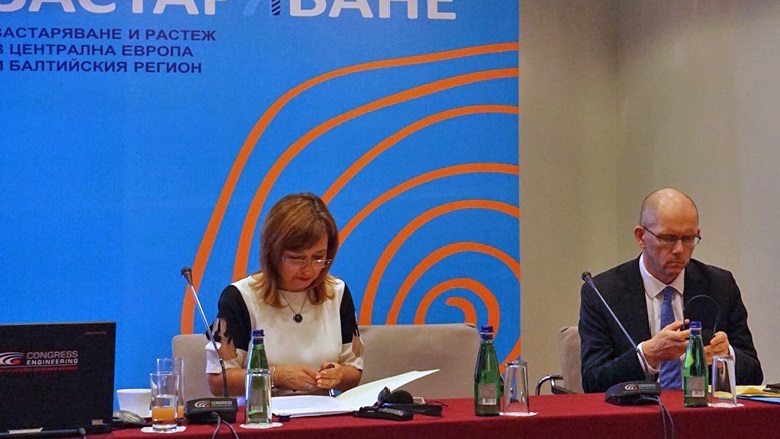