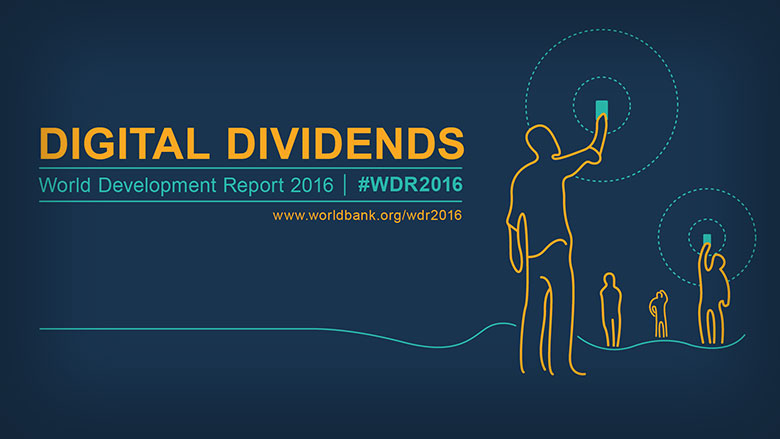 The World Bank and Kazakh-British University are organizing the presentation of the 2016 World Development Report (WDR): Digital Dividends, which will take place on February 17, 2016, in Almaty, Kazakhstan.

The WDR is the World Bank's most important analytical publication and has been published annually since 1979. Each year it focuses on a contemporary topic of interest to the broader development community—this year’s Report aims to expand our understanding of the impact of digital technologies on the lives of poor people in developing countries.

The WDR 2016 documents many profound and transformational effects of digital technologies. While the internet, mobile phones and other digital technologies are spreading rapidly throughout the developing world, the anticipated digital dividends of higher growth, more jobs, and better public services have fallen short of expectations, and 60 percent of the world’s population remains excluded from the ever-expanding digital economy.

For digital technologies to benefit everyone everywhere requires closing the remaining digital divide. But greater digital adoption will not be enough. The WDR 2016 argues that to get the most out of the digital revolution, countries also need to work on the “analog complements”—by strengthening regulations that enable firms to connect and compete, by adapting workers’ skills to the demands of the new economy, and by ensuring that institutions are accountable.

Digital technologies can transform our economies, societies and public institutions, but these changes are neither assured nor automatic. Countries that are investing in both digital technology and its analog complements will reap significant dividends, while others are likely to fall behind. Technology without a strong foundation risks creating divergent economic fortunes, higher inequality and an intrusive state.

The World Bank Group cordially invites you to a Central Asia regional launch of the newly released:

Mass media are invited to the CA regional launch of the World Development Report (WDR) - the World Bank's most important analytical publication that has been published annually since 1979. Each year it focuses on a contemporary topic of interest to the broader development community. The 2016 Report aims to expand the understanding of the impact of digital technologies on the lives of poor people in developing countries.

The panel of the world-renowned experts in public policy and technology, representatives of academia and the development community, will share their views on how to rapidly and sustainably deliver digital dividends to everyone including those at the bottom of the global income distribution. The participants from the region of Central and South Asia will share their perspectives and ideas, as well as plans for joint efforts.

ACCREDITATION by February 16, 2016 to the contacts below: