What are illicit financial flows?

In the international development community, the concept of IFFs is emerging as a powerful and constructive umbrella to bring together previously disconnected issues. The term emerged in the 1990s and was initially associated with capital flight. It now generally refers to cross-border movement of capital associated with illegal activity or more explicitly, money that is illegally earned, transferred or used that crosses borders.

This falls into three main areas:

However, there is an ongoing global discussion on whether and what commercial activities – such as tax avoidance – should be considered part of IFFs, considering that many business practices to lower tax liabilities are legal.

So, while the term “illicit financial flows” is increasingly used, there is still no agreement on the precise definition.

The World Bank Group recommends focusing on flows and activities that have a clear connection with illegality. Regardless of how IFFs are precisely defined, it’s clear that the flows are an impediment to development. What’s most important is to understand how and why money flows out of developing countries and to devise strategies to stem these flows.

How IFFs Affect Developing Countries and their Scope

IFFs pose a huge challenge to political and economic security around the world, particularly to developing countries. Corruption, organized crime, illegal exploitation of natural resources, fraud in international trade and tax evasion are as harmful as the diversion of money from public priorities. Illegal logging, fishing and mineral extraction are strongly connected with deforestation, the depletion of fishing stocks and environmental degradation as well as the impoverishment of individuals and communities who rely on those resources to sustain their existence. Drugs counterfeiting can have even more dire consequences, such as the thousands of preventable deaths from malaria and tuberculosis due to sub-standard counterfeit drugs.

Global estimates indicate that IFFs are substantial and growing. IFFs are inherently difficult to measure, given the illegality of the flows and their underlying activities. While it’s difficult to quantify IFFs, there is widespread agreement that that the amounts involved are significant and growing and that they pose deep problems, particularly in resource-rich countries and fragile and conflict-affected states.

How to Stem the Flows

Solutions to addressing IFFs will differ depending on the country context and the underlying activities that result in these outflows. In some cases, actions will involve preventing criminal activity. In other cases, it may involve identifying and sanctioning serious and substantial illegal tax evasion.

Advice on how to make tax policies more transparent -- such as requiring all tax holidays to be publicly disclosed along with names of officials involved in granting the holiday -- would likely increase tax revenues collected by the government while reducing the risk of corruption and the potential for firms to abuse tax holiday provisions in ways that could contribute to IFFs.

International initiatives to limit tax evasion and address the proceeds of crime have been ongoing for two decades, led notably by the OECD/Global Forum on Taxation, the Financial Action Task Force (FATF) and the UN Conventions against Drugs, Trans-national Organized Crime and Corruption (UNODC). However, these efforts haven’t been sufficient to stem IFFs, so a new and reinvigorated approach is needed. Curbing IFFs will also require greater coordination and cooperation around key issues and players, including the private sector, governments, international organizations and civil society.

Who needs to take action?

The Sustainable Development Goals contain specific commitments to reduce the flows and increase the return of stolen assets.

Developing and developed countries need to work toward a common goal to tackle IFFs, which will require collaborating on management and regulation of finances, governance and transparency, natural resources, trade, and proactive international cooperation on proceeds of crime and tax. Developed countries need to take the lead on preventing inflows of illicit money, while developing countries must address weaknesses in their legal and regulatory regimes that make them susceptible to the activities that lead to IFFs.

While private sector firms expect a business environment with fair, clear and transparent tax and trade policies, they must do their part by ensuring their tax and trade practices comply with local laws. The incentive for firms to engage in illegal behavior is strong when they believe their competitors are receiving unfair advantages. Initiatives like Publish What You Pay are beginning to develop mechanisms to increase transparency around financial arrangements between governments and firms, which is essential for constructive engagement.

Firms and governments have gained experience in implementing “transparency pacts” and other forms of collective action to support ethical conduct around particular transactions. A potentially more far-reaching development is the increased attention the private sector is paying to adherence to ethical compliance across all business practices. Increased legal and market risks connected to being associated with corruption have spurred firms to establish ethics and compliance programs, and have generated a growing market in compliance management certification. These examples of private sector efforts, done in collaboration with government, are likely to be an essential element of a coordinated effort to address IFFs.

Civil society organizations have a role to play as advocates to increase transparency around revenues and expenditures, as well as to monitor behavior of public and private officials.

The international community needs to address countries and firms seeking to profit from illegal behaviors that undercut national efforts to implement effective and transparent tax and trade policies.

As a global development institution, the World Bank Group has the technical expertise, knowledge and convening power to bring together developed and developing countries, international organizations, and standard-setting bodies to work together on reducing IFFs and returning illegal assets, to coordinate global activities and country work, and to help shape global standards.

Given our expertise and internationally recognized position in resource management, financial and fiscal transparency, financial intelligence and regulation, anti-money laundering, and the return of stolen assets, we are well placed to address the issues and help countries devise tailored solutions.

We are working with governments to help them build capacity in critical areas for reducing IFFs. This work includes support for anti-corruption efforts and improved auditing as well as assistance on policies relating to public financial management, tax evasion, public procurement, trade facilitation and border crossing, natural resource management, and economic regulation.

We are currently developing new tools to monitor and measure IFFs at the country and regional level. The critical first step in responding to IFFs is to make the flows visible.

We are continuing our work to help countries identify and respond to risks relating to money laundering. Our national risk assessment tool focuses on all offenses that generate illegal proceeds, including corruption, tax evasion, organized crime, and environmental crime and helps countries understand the extent of their exposure to many of the activities that give rise to IFFs.

We are working to improve access to information on beneficial owners for public authorities and strengthen the exchange of tax information. We are also helping governments build systems for asset disclosure by public officials and to protect against money laundering. These efforts to build transparency and accountability also aim to ensure that clean public officials and business are recognized, while corrupt and criminal ones are sanctioned.

The following are some specific examples of our work on these issues. 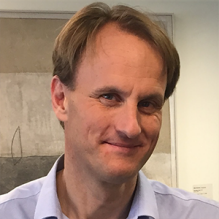