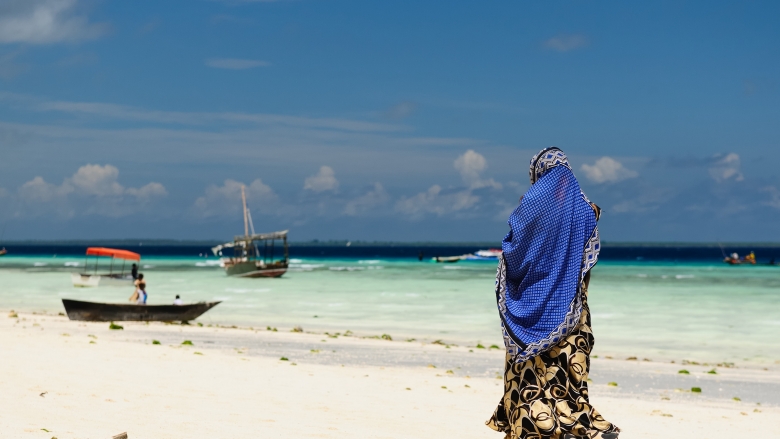 PROBLUE is a new Umbrella Multi-Donor Trust Fund (MDTF), housed at the World Bank, that supports healthy and productive oceans. PROBLUE supports implementation of Sustainable Development Goal 14 (SDG 14) and is fully aligned with the World Bank’s twin goals of ending extreme poverty and increasing the income and welfare of the poor in a sustainable way. PROBLUE is part of the World Bank’s overall Blue Economy program, which takes a multi-pronged, coordinated approach to ensuring the protection and sustainable use of marine and coastal resources.

What was the rationale for creating a new trust fund like PROBLUE?

Our oceans are reaching a tipping point on many fronts, from over-fishing and marine pollution to coastal erosion which is exacerbated by climate change.  Healthy oceans provide jobs, food, drive economic growth and keep the planet cool.

PROBLUE was established because of client demand, and it will help us to better understand current trends and emerging threats to oceans and identify appropriate solutions for action.

Moreover, MDTFs are key instruments for raising awareness and promoting investment. For example, our Global Program for Fisheries, PROFISH, the precursor of PROBLUE and now an associated trust fund under the Umbrella MDTF, started in 2005 when the Bank had almost no investment in the fisheries sector to promote its sustainability.  Nowadays we have a $1 billion plus portfolio in the sector.

How much money have donors put into PROBLUE?

So far, more than $150 million has been committed by donors. An official signing ceremony was held on the sidelines of the Blue Economy Conference in Nairobi on November 26, 2018.

Who are the donors for PROBLUE?

Norway was an early partner to PROBLUE, announcing their contribution at the 2018 World Bank Group and IMF Spring Meetings, followed by Sweden, Iceland, France and Germany.  Today, PROBLUE is supported by Australia, Canada, Denmark, the European Commission, France, Germany, Iceland, Ireland, Norway, Sweden and the United States. We welcome additional support for this important agenda. In addition to country governments, PROBLUE is considering inviting private donors, profit and non-profit donors to join the effort.

Who can apply for PROBLUE funding and how?

PROBLUE primarily works to support the World Bank’s client countries. To apply for PROBLUE support for a specific country, the relevant federal ministry of that country works with the World Bank. Together they identify and outline the work that will best help benefit sustainable and integrated development in healthy oceans. The World Bank submits an application to PROBLUE for support on behalf of both parties.  In other words, interested parties within the country such as municipal or provincial governments need to reach out to their federal ministry directly, who in turn will work with the World Bank to apply for PROBLUE support. PROBLUE does not accept unsolicited proposals from the private sector, NGOs or academia.

How does PROBLUE fit into the World Bank’s overall work on oceans?

PROBLUE is fully aligned with the Blue Economy work program at the Bank. The term Blue Economy refers to the development of oceanic economic activities in an integrated and sustainable way. It is focused on capturing potential synergies and managing the trade-offs across industries to better address the growing threats now confronting oceans, and particularly those posed by climate change.  A Blue Economy strives to maximize the socio-economic benefits generated by oceanic activities, including food production and job creation.

Why is the Blue Economy concept important for sustainable development and economic growth?

Oceans protect biodiversity, provide jobs, food, drive economic growth, keep the planet cool, and absorbs about 30% of global CO2 emissions.  At least 3-5% of global GDP is derived from oceans—but their overall health is reaching a tipping point. Close to a third of fish stocks are overfished, climate change affects coastal and marine ecosystems, unbridled development in the coastal zone is causing erosion, and marine pollution—particularly from land-based sources—is reaching such a proportion that its impact cannot be accurately measured. Business as usual will have great negative environmental and social impacts, which are expected to disproportionally affect vulnerable groups of the population, particularly women and girls. This is reflected in Sustainable Development Goal (SDG 14), which calls to conserve and sustainably use the oceans, seas and marine resources for sustainable development.

What is the World Bank already doing on the Blue Economy?

The World Bank’s active Blue Economy portfolio is around $5 billion with a further $1.65 billion in the pipeline. Projects range from implementing large regional fisheries programs in Africa and the Pacific, to tackling all sources of marine pollution, and supporting coastal development around the world, with emphasis on addressing erosion and the other effects of climate change on marine and coastal resources. 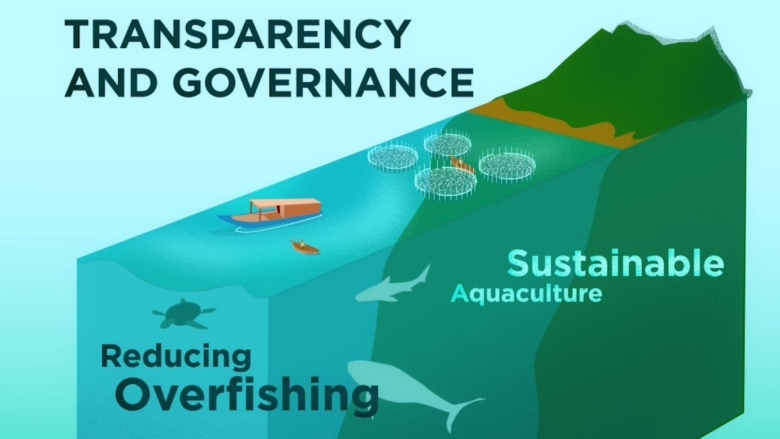