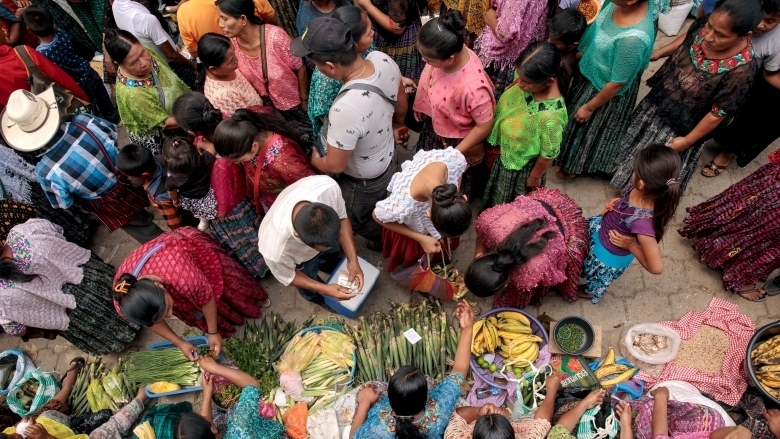 Studies by the World Bank and partners in Guatemala, Poland, and Kosovo prove that targeted messaging emphasizing the social good of paying taxes — and the consequences of not doing so — yields greater compliance with tax obligations, and in two of three cases, higher tax revenues. In developing and emerging economies especially, that can mean the difference between government that works and government that does not.

In developing countries, where being able to tax citizens is a cornerstone of state formation and survival, tax compliance is extraordinarily low. Typically, these countries are only able to collect between 10 and 20 percent of their GDP in taxes. In high-income countries, the average is 40 percent.

In Guatemala, where half the population lives in poverty, only about 65 percent of those eligible to pay taxes between 2011 and 2015 did so. Tax revenues made up only 12 percent of GDP, less than half the average in Latin America.

In Poland, 62% of people in the country failed to pay their taxes the year before the World Bank initiated its tax compliance experiment there.

And in Kosovo, the government relies on tax collection for more than 85 percent of its revenues. Between 2011 and 2017, total government revenue was just 14 percent of GDP, below the 19 percent average among countries in Europe and Central Asia.

So how to change what people do when the tax man calls? That was the challenge taken on by researchers from the World Bank.

Growing tax collection rates is a major undertaking. Long-term, it calls for establishing fair methods of taxation, strengthening the ranks of tax inspectors and reforming tax systems to make them more progressive. But World Bank researchers set out to determine if a simpler approach could yield results as well. They would change the ask.

Starting in Guatemala in 2015, then in Poland and Kosovo between 2016 and 2018, researchers helped governments institute changes in how tax collection agencies communicate with taxpayers. Instead of sending out notices saying only that tax payments were due, they asked nicely. Literally.

In each country and among different recipients within each country, the messages varied. Some letters reminded recipients that most people do pay their taxes. Others spoke to patriotism, or how much their country needs payments to provide health and security for its citizens. In Poland, the gentle reminders and appeals to patriotism that worked in Guatemala and Kosovo had little effect. What worked best were letters that warned of consequences of non-payment.

But while the approach varied, in each case the goal was the same: to “nudge” taxpayers to change their behavior with simple tweaks that cost little or nothing to implement.

As the idea caught on, the Poverty and Equity Global Practice created a behavioral science team, the Mind, Behavior, and Development Unit (eMBeD), which worked with country management units on the trials, along with the Macroeconomics, Trade and Investment (MTI) Global Practice.

In Poland, tax payments among the nearly 150,000 recipients of the new communications rose by 20.8 percent.

In each country the results were dramatic. Straightforward adjustments in the words tax collectors employed to ask for payment, and how they followed up, led to significant increases in the number of people and businesses that declared and paid taxes.

The first behavioral tax compliance letter trial in Guatemala was launched with seed funding from the Central America country management unit. It was the first time the Bank had used behavioral insights to intervene in public policy.

In Poland, the World Bank paid for the trials with European Union country management unit funds.

In Guatemala, the Bank teamed up with the country’s Finance Ministry to identify a group of 44,000 taxpayers to target who had been deemed unlikely to pay taxes. The World Bank project leaders hired the Behavioral Insights Team, a London-based consulting firm, to implement the tax compliance trial. Behavioral Insights, born of a British government initiative and later privatized, pioneered the use of behavioral changes to drive public policy.

The World Bank trial in Guatemala lasted just one year and involved a fraction of the more than 116,000 small businesses and professionals subject to the profit tax, which was the subject of the study. Not only did Guatemala tax authorities adopt the same method in subsequent years, they have continued to refine their communications and have expanded their methods of communicating from letters to emails and texts. Every year, the total tax they collect has grown.

The eMBeD unit has also launched (or supported the launch of) trials in other countries, including Costa Rica and Indonesia.

GIZ and the Tax Administration of Kosovo have requested support from eMBeD to continue their work in Kosovo through June 2020.

The projects helped tax authorities develop new, successful approaches to tax collection. Tax administration staff, particularly the information technology departments, learned to identify the potential of using data to answer important questions about tax compliance. The trials also helped authorities understand how small changes in their actions, particularly in how they communicate with taxpayers, can have meaningful impacts on the behavior of individuals and subsequently, on the outcomes that are important to them.