November 19, 2015
World Bank Group
Albanians living along the country’s southern coast had beautiful views, but not much water. The Integrated Coastal Zone Management project has since upgraded the area’s water system, and residents there now report more comfort, and more opportunities for tourism as a result.

Alexandra Spiro lives with her husband in the Albanian village of Lukove, along the country’s southern coastline. It is a beautiful area, but until recently, many residents here lacked a steady supply of potable water. Aleksandra and her husband were no exceptions.

“Before, the water only came at certain times, and when the water came we filled every pot we had,” says Alexandra.

Things have since changed for the Spiro’s, as well as for tens of thousands of other residents living along the coast.

" Water is important because we need it for drinking, washing and cooking. Without water, there is no life. "

Tap water is safe and of better quality now in the Vuno village: here, a child drinking from the local tap.

That’s thanks to new water pumping stations, which were recently installed in the coastal villages. 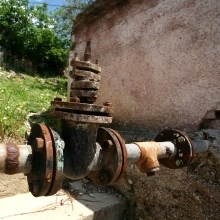 Water supply pipes in the village of Piqeras – the ‘before’ view.
The pumps and other upgrades to the previously decaying water system are part of Albania’s coastal management project, supported with World Bank funds.

“In all the villages of our commune, there were amortized water pipes from the 70’s and only public taps. People didn’t have water at home, and little water came to villages,” says Vladimir Kumi, Former Mayor of Lukove Commune, which incorporates 14 villages, including the one Aleksandra lives in.

Aleksandra says that with the new water system, household chores - such as cleaning and cooking – have become a lot easier. 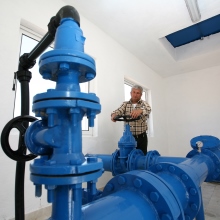 Water supply pipes have been upgraded in Piqueras – the ‘after’ view.

And Liljana Shehu, another Lukove village resident, agrees.  She adds that not only has the new water system improved life at home, but it’s helped her run her café business more efficiently as well.

“It helps us maintain better hygiene.  Before, we didn’t have water and now we have water all the time, whenever we want just by turning on the tap. And the water is healthier too,” Liljana says.

The project also installed water meters in villages for the very first time, so residents like Trendafile Hoxhaj pay only what they consume, instead of a general fee they paid in the past.

“Water is important because we need it for drinking, washing and cooking. Without water, there is no life,” says Trendafile, who lives in the coastal village of Piqeras.

" Before, we didn’t have water and now we have water all the time, whenever we want just by turning on the tap. And the water is healthier too. "

In addition to making their lives more comfortable, the new water system has also created new business opportunities for villagers.

Since getting hooked up to the new water pump, Miliano Bitri, also of Piqeras, has been trying his hand at agro-tourism.

“I have a family business in tourism. I live in the village and I engage in operating like a small hotel, and in farming and cultivating olives.”

More water has made it easier for Miliano and his family to wash, clean, cook and cultivate...not only for themselves, but for visiting tourists as well!

New pumps and water system upgrades have improved access to potable water for the villagers living along the country’s southern coast: the view of Vuno village. 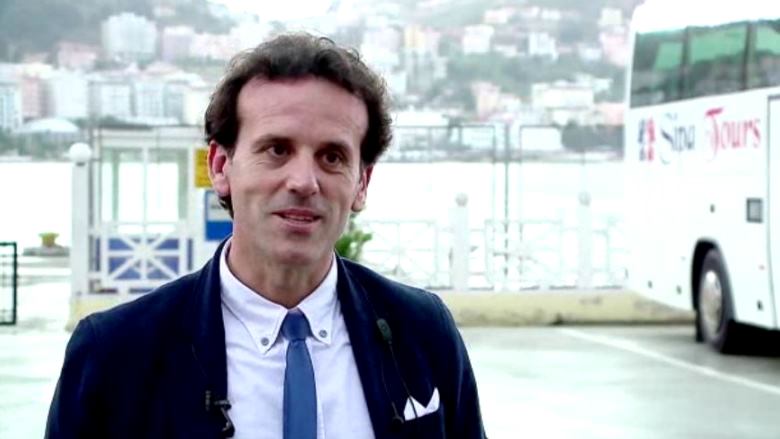 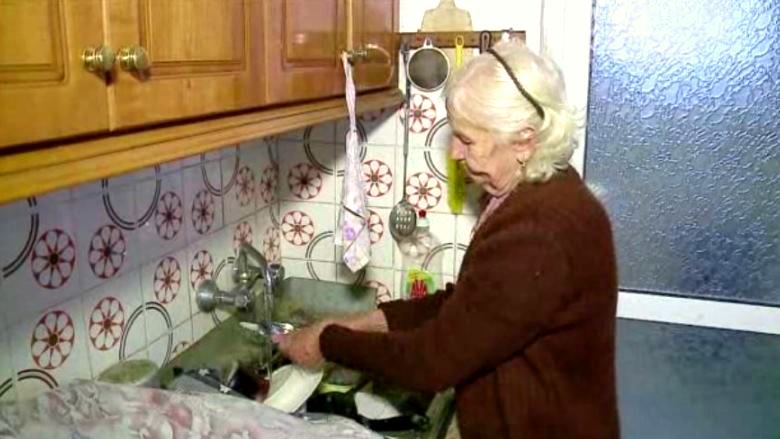