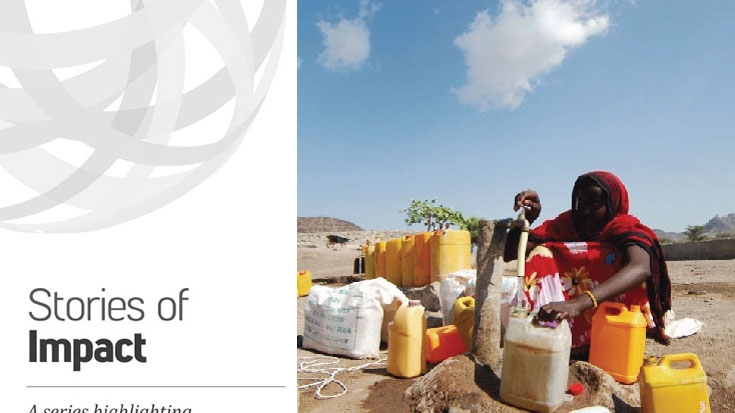 Situated on the Horn of Africa, Djibouti is highly vulnerable to prolonged droughts and flooding. The last major drought claimed nearly 4 percent of gross domestic product (GDP) annually between 2008 and 2011 and impacted more than half of its 860,000 residents.

With nearly 75 percent of its population concentrated in its capital city, Djibouti is at particular risk for water shortages and severe flooding, both of which profoundly impact its growing but fragile economic sector. The 2008-2011 drought caused upwards of $51 million in damages, and more than $157 million in losses. Additionally, given current growth rates, the country’s population is set to double in less than 15 years, increasing strain on Djibouti’s already stressed fresh water resources and its vulnerability to natural hazards (Djibouti’s fresh water availability per capita is only one fifth of neighboring Somalia, Eritrea and Ethiopia), with changes in climate only exacerbating these issues.

GFDRR and The World Bank have been partnering with the Government of Djibouti since 2007 in an effort to improve resilience and absorb natural shocks to the region’s burgeoning population and economic activity. GFDRR was able to leverage more than $40 million to fund various projects in disaster risk management and recovery, including the establishment of the Middle East and North Africa’s region first comprehensive risk assessment platform to address:

Successful disaster risk management requires a multisectoral approach. The Government of Djibouti recognizes that disaster risk management is not a stand-alone activity, but is rather a cross-cutting practice that needs to be mainstreamed through all sectors to ensure sustainable results in development efforts. With trade logistics comprising nearly 85 percentof GDP, the Government has made it a priority to disaster-proof its economy, taking cues from the successful Comprehensive Approach to Risk Assessment in Djibouti (CARAD) project completed in partnership with GFDRR and the World Bank.

A multiplicity of voices can further risk reduction. Because input from both the regional and national level inform disaster management policies and implementation, GFDRR is helping solidify an institutional framework that will streamline communication between governance levels, ensuring that local knowledge is effectively incorporated into national policy.

A proposed third phase of technical assistance spanning 2014-2015 will consist of (1) operationalization of the risk assessment and communication platform that will inform infrastructure investments, (2) detailed spaceborne cartographic mapping of the entire country, and (3) integration of the recently finalized risk/vulnerability assessments for Djibouti-Ville in World Bank urban developments and efforts. Inspired by previous programs. The Government of Djibouti has also reached out to GFDRR to assist in implementing risk management techniques in novel sectors, including cyber-security and public health.

" Our partnership with GFDRR has been instrumental in mitigating the increasing risks from both drought and flood crises and to build resilience in our communities in order to achieve sustainable development of the Republic of Djibouti. "

Minister of Economy and Finance in-charge of Industry and Planning, Djibouti