Strengthening Financial Resilience in the Pacific 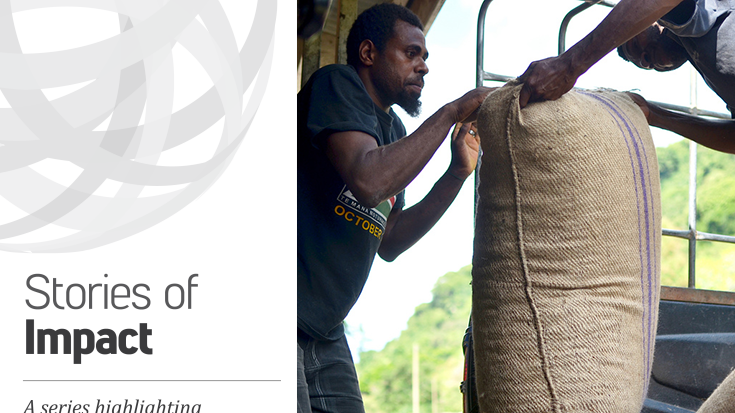 The Pacific Island region is highly vulnerable to natural disasters and climate-related hazards, costing some countries an average of up to 6.6% of gross domestic product (GDP) every year. In response to requests from 15 countries, the World Bank, the Global Facility for Disaster Reduction and Recovery (GFDRR), and other partners formed the Pacific Catastrophe Risk Assessment and Financing Initiative (PCRAFI) in 2007 to help mitigate disaster and climate change risk.

Under this initiative, the first regional Catastrophe Risk Insurance Pilot (the Pilot Program) was formed and is significantly helping post-disaster response in the Marshall Islands, Samoa, the Solomon Islands, Vanuatu, Cook Islands and Tonga. In 2014, Tonga became the first country to receive a recovery payment following the devastation from Cyclone Ian in January.

The 22 Pacific Island Countries (PICs) are among the top 30 nations most vulnerable to natural disasters. Subject to cyclones and tropical storms and prone to volcanic eruptions, earthquakes, and tsunamis, the PICs suffer, on average, combined disaster damages of more than $280 million every year. When a disaster strikes, governments in these countries often struggle to secure liquidity for swift post-disaster emergency response, constrained by their small population, limited borrowing capacity, and access to international markets, as well as the small size of local economies.

The pilot program is one component of the Pacific Disaster Risk Financing and Insurance (DRFI) program, which is designed to increase the financial resilience of the PICs against natural disasters as part of the broader PCRAFI umbrella.

The pilot program is a risk pooling mechanism that allows participating countries to purchase catastrophe coverage as a group at significantly lower cost than the cost of independently purchasing insurance. It was designed:

Insurance is only one component of comprehensive financial protection. In February 2013, a magnitude 8.0 earthquake and subsequent tsunami hit the Solomon and Santa Cruz Islands without resulting in a payment transfer, as the level of physical damage caused by the disaster was relatively low, as confirmed by the rapid impact assessment undertaken through PCRAFI. This demonstrated the need to better communicate the benefits as well as limitations of the pilot program—for instance, that it covers only a portion of the losses when they disrupt the provision of government services.

Partnering programs increase efficiency and effectiveness. This pilot program and the Pacific DRFI program benefit from PCRAFI’s other undertakings, such as work on catastrophe risk information and disaster rapid impact assessments. Financed by the European Union (EU) through the African Caribbean Pacific (ACP) – EU Natural Disaster Risk Reduction Program, an initiative of the ACP Group managed by GFDRR, these efforts are helping refine the models that ultimately benefit applications like the pilot program, enhancing their credibility and attractiveness to the private sector, which is becoming increasingly critical to ensuring resilience in the PICs.

The Pacific DRFI Program is seeking additional funding from donors to enable greater participation of low-income countries through the provision of premium subsidies and technical assistance. The continuation of the pilot for at least two more years would stimulate discussion among governments on establishing sustainable sources of finance. Additionally, the establishment of a dedicated entity is under consideration.

" The cash received from the catastrophe risk insurance pilot makes an important financial contribution for carrying out the government strategy for mitigating natural disasters. It ensures that response efforts to help the people of Ha’apai recover and return to their normal everyday lives can continue without interruption or delay. "

Minister for Finance and National Planning in Tonga

Avoiding a warmer world for the future of the Pacific Islands