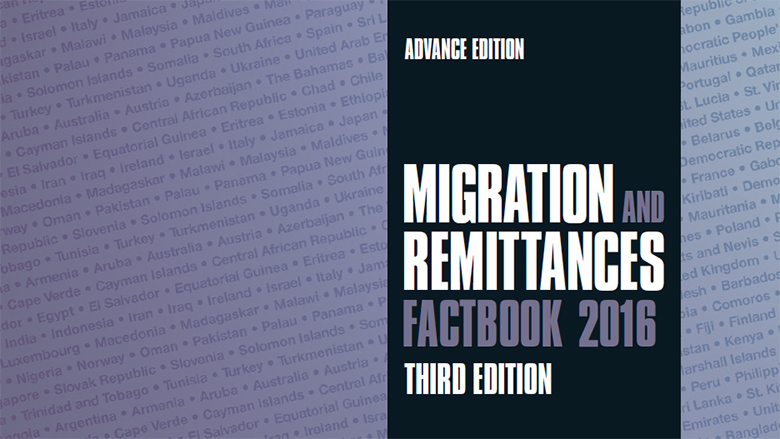 (This commentary is also available in Arabic, French, and Spanish.)

The number of international migrants is expected to surpass 250 million this year, an all-time high, as people search for economic opportunity. And, fast growing developing countries have increasingly become a strong magnet for people from other parts of the developing world.

In a demonstration of their economic footprint, international migrants will send $601 billion to their families in their home countries this year, with developing countries receiving $441 billion, says the Migration and Remittances Factbook 2016, produced by the World Bank Group’s Global Knowledge Partnership on Migration and Development (KNOMAD) initiative.

The United States was the largest remittance source country, with an estimated $56 billion in outward flows in 2014, followed by Saudi Arabia ($37 billion), and Russia ($33 billion). India was the largest remittance receiving country, with an estimated $72 billion in 2015, followed by China ($64 billion), and the Philippines ($30 billion).

“At more than three times the size of development aid, international migrants’ remittances provide a lifeline for millions of households in developing countries. In addition, migrants hold more than $500 billion in annual savings. Together, remittances and migrant savings offer a substantial source of financing for development projects that can improve lives and livelihoods in developing countries,” said Dilip Ratha, co-author of the Factbook.

The report provides a snapshot of latest statistics on immigration, emigration, skilled emigration, and remittance flows for 214 countries and territories. It updates the 2011 edition with additional data on bilateral migration and remittances and second generation diasporas, and recent movements of refugees, collected from various data sources, including national censuses, labor force surveys, and population registers.

Mexico-United States was the largest migration corridor in the world, accounting for 13 million migrants in 2013. Russia-Ukraine was the second largest, followed by Bangladesh-India, and Ukraine-Russia. The latter three are South-South corridors according to United Nations classification.

“There is ample research to demonstrate that migration, both of highly-skilled and low skilled workers, generates numerous benefits for receiving and sending countries. The diaspora of developing countries and return migration can be a source of capital, trade, investment, knowledge, and technology transfers,” said Sonia Plaza, co-author of the Factbook.

This factbook provides a snapshot of migration and remittances for all countries, regions and income groups of the world, compiled from available data from various sources.