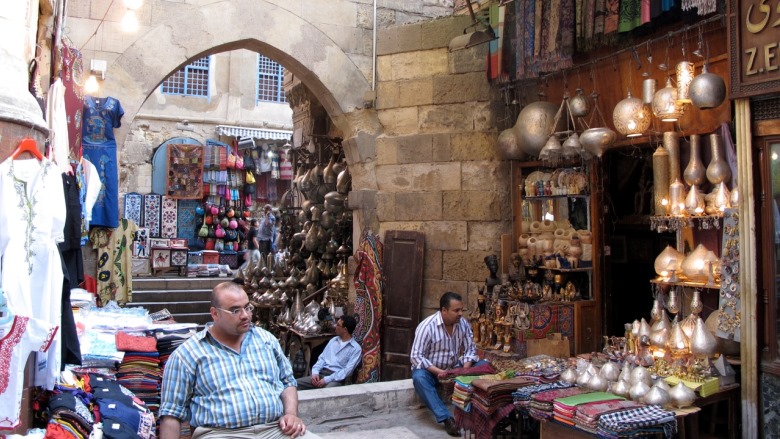 Recent developments: Growth in the Middle East and North Africa region is estimated to have slowed to 2.7% in 2016, reflecting fiscal consolidation in some countries and oil production constraints in others.

The failed ceasefire in Syria, the ongoing war in Yemen, the fight in Iraq against the Islamic State group, and the political crisis in Libya were part of a continued cycle of conflict in the region that has led to mass displacement, loss of life, and destruction of infrastructure. Cross-border spillovers in the form of disrupted trade, fiscal pressures from spending demands related to refugees and security, and loss of revenues from tourism have caused damage to the region and had international ripple effects.

Among oil-importing economies, growth in Egypt dipped slightly to a 4.3% pace in fiscal year 2016 as foreign currency shortages held back manufacturing and the tourism industry slowed. Morocco eased to an estimated 1.5% in 2016 on a drought-related contraction in the agricultural sector.

Outlook:  Growth in the region is forecast to recover to a 3.1% pace this year, with oil importers registering the strongest gains.

Among oil exporters, Saudi Arabia is forecast to accelerate to a 1.6% growth rate in 2017, still modest by historical standards. The Islamic Republic of Iran is anticipated to pick up to a 5.2% rate on the expectation oil production will continue to expand and that deals to obtain foreign investment are completed. Algeria should slow to a 2.9% pace on a decline in spending on public works and delays in tax and subsidy reforms.

Among oil importers, growth in Egypt is forecast to slow to a 4.0% rate in FY2017 as fiscal consolidation begins and as private consumption slows with rising inflation, before picking up in 2018. Morocco is anticipated to jump to a 4% pace in 2017 thanks to a recovery in agricultural output. Jordan should see a recovery in investment and exports that will push growth up to 2.6%.

Risks:  Failure of oil prices to follow their expected upward trajectory and an escalation of conflict pose substantial downside risks to growth in the region. Elevated oil price volatility could undermine government spending and fiscal paths. Spillovers from existing conflicts in several countries, as well as a heightened incidence of terrorism, are risks to regional economic activity. Rising conflict-related risks would likely increase economic uncertainty and slow investment. Fiscal and structural reforms could trigger public discontent, with negative effects on confidence, foreign investment, and growth. For GCC countries, the anticipated tightening of monetary policy in the United States could pose an indirect risk to growth.

Source : World Bank.
World Bank forecasts are frequently updated based on new information and changing (global) circumstances. Consequently, projections presented here may differ from those contained in other Bank documents, even if basic assessments of countries’ prospects do not significantly differ at any given moment in time.