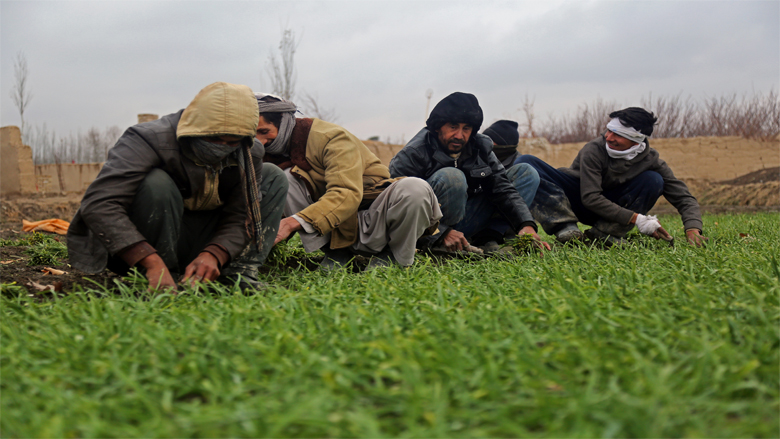 The Baghat Irrigation Canal reconstructed under the the On-Farm Water Management Project (OFWMP) has increased access to efficient water management and therefore thousands of farmers are equipped to cultative more land and earn more in Khulm District of Balkh Province.

KHULM DISTRICT, Balkh Province – It is a partly sunny winter’s day and villagers are busy attending to their farmlands or taking a mid-morning break. Abdul Ghaffar, 50, a farmer in Sahilozie village, sits sipping tea with his two young sons as they discuss the weather. Next week is predicted to be sunnier and they are on track to cultivating six hectares of their land this year.

There was a time when Abdul Ghaffar did not have sufficient water to cultivate the amount of land he wanted because of the unpaved village irrigation canal. This is no longer the case and he is a happier farmer for it. “We cultivated less land because of water seepage, which led to water shortage. I could cultivate only two or three hectares of my land every year in the past,” he says.

The irrigation canal that has benefited Abdul Ghaffar and so many other farmers like him is the Baghat Irrigation Canal. Located in Sahilozie village in Khulm district in Balkh Province, the canal was paved by the On-Farm Water Management Project (OFWMP) in 2014.

The reconstruction of Baghat canal has truly been a boon to the region. “The unlined canal was inefficient, it absorbed a lot of the water and it took almost three hours to bring water to our farms,” says Abdul Ghaffar. “Now water reaches our farms in half an hour and water wastage is not a problem anymore.”

“Most of canals we rehabilitate have 30 to 45 percent water wastage, especially in summer. Our work ensures that the water wastage is reduced to almost zero. This also enables the farmers to have enough water throughout the year” says Noor Ahmad, an engineer with OFWMP in Balkh Province.

Two kilometers of the 3.5-kilometer long Baghat Irrigation canal was lined under OFWMP. The lined section has increased the irrigated area by 20 per cent, irrigating 300 hectares instead of 240 hectares of farmland. The project built eight culverts to allow people and animals to cross the canal, improving access for more than 100 families of this village.

The project also established an Irrigation Association (IA) in the village. IA have a bank account Farmers and villagers gather together to share their knowledge about farming and solve water-related problems as a community. The association is also tasked with the responsibility to maintain the canal.

The increase in irrigation water and time saved on maintenance have meant that farmers are now able to expand the scope of their activities. “Every year, 30 to 40 villagers had to clean the Baghat canal twice and it took two months of our time,” states Abdul Hashim, 40, who owns and manages grape and pomegranate orchards. “Now that I have more time and enough water, I would like to plant new modified fruit trees. In the past, more than 150 fruit trees would die out and not bear fruit because of the water shortage.” 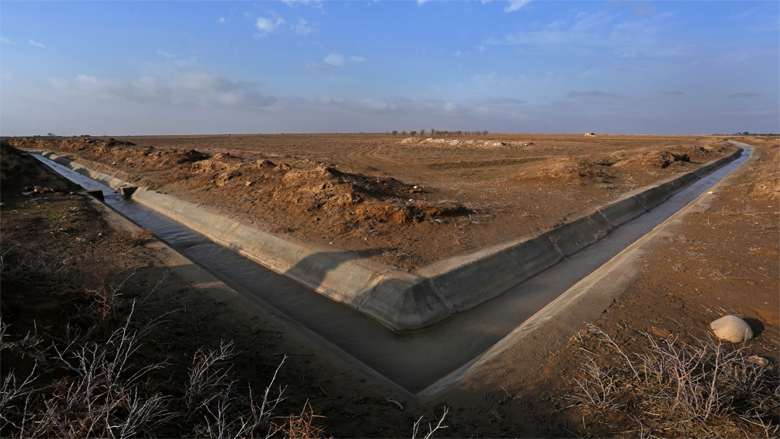 Two kilometers of the 3.5-kilometer long Baghat Irrigation canal was lined under the On-Farm Water Management Project (OFWMP). The lined section has increased the irrigated area by 20 per cent, irrigating 300 hectares instead of 240 hectares of farmland.

Photo Credit: Rumi Consultancy/ World Bank
" Backed by improved canals and increased access to efficient water management, thousands of farmers are equipped to do better, earn more, and that is the true essence of development. " 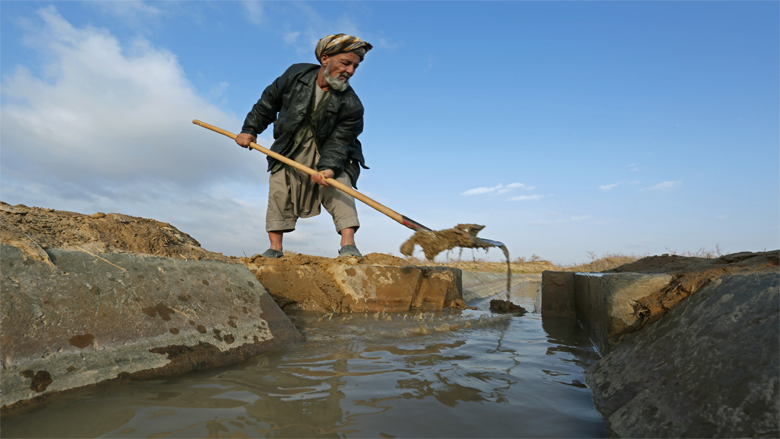 In the northern region that covers Balkh, Smangan, Faryab, Sar-e-Pul, and Jawozjan Provinces, the On Farm Water Management Project (OFWMP) has worked on 50 irrigation canals of which 18 have been completed to date.

With a $70 million grant from the Afghanistan Reconstruction Trust Fund (ARTF), OFWMP works to improve agricultural productivity in project areas by enhancing the efficiency of water use. It is implemented by the Ministry of Agriculture, Irrigation, and Livestock (MAIL). The project aims to support on-farm water management investments in five regions—Kabul, Baghlan, Herat, Nangarhar, and Balkh—covering a total of 19,000 hectares.

OFWMP has implemented 35 projects in western Afghanistan, especially in Herat Province, since it began operating in 2011. In the northern region that covers Balkh, Smangan, Faryab, Sar-e-Pul, and Jawozjan, OFWMP has worked on 50 irrigation canals to date—18 have been completed, 13 are ongoing and 19 projects are in the survey and design phase.

The scope of OFWMP includes the rehabilitation of irrigation systems, training on efficient water management, as well as leveling of farmlands. “The project laser-leveled one of the farms in our village and when people saw how it improved productivity, they were all eager to laser-level their lands,” says Abdul Mannan, 51, head of the Sahilozie village Community Development Council.  The leveling process helps farmers irrigate their lands more efficiently as it assures a smooth water flow and absorption throughout the land. “If agricultural practices contribute 25 percent to a good produce, the laser land leveling and irrigation rehabilitation ensure an additional improvement of 25 percent,” he says.

The villagers in Sahilozie village are now armed with a better system and knowledge of irrigation. “Backed by improved canals and increased access to efficient water management, thousands of farmers are equipped to do better, earn more, and that is the true essence of development,” engineer Noor Ahmad says.