Budget Literacy – What’s in it for Russia?

June 19, 2017
World Bank Group
Budget literacy is broadly defined as the ability to read, decipher, and understand public budgets. In most developed countries, between one third and one half of all national income is managed by government – although the average person doesn’t always fully understand the rationale behind national budget decisions and the associated trade-offs made every day.

The 2008 financial crisis was a “wake up call” not only to governments, but to parents as well. Parents began to appreciate the importance of their children leaving school with a basic knowledge of how their lives and prospects were affected by personal decisions about budget, and by financial decisions taken by government.

Indeed, raising budget awareness among the general public is becoming a global trend. A review of global trends in budget literacy, undertaken by the World Bank in 2015, revealed that elements of budget literacy are now included in the school curricula of at least 34 countries (mainly members of the OECD and BRICS).

While still a relatively new topic for Russia, budget literacy currently stands high on the agenda of the Government of the Russian Federation.

The Russian Ministry of Finance, in cooperation with the World Bank, has piloted an initiative designed to encourage responsible citizenship and greater engagement in the budget process in four of Russia’s regions: Altai Krai, Perm Krai, Moscow, and Republic of Bashkortostan. As part of this initiative, senior school students have studied and debated budget-related issues using real-life scenarios and information from the regional government budgets.

The budget literacy course focused on public budgets, government revenues and expenditures, foundations of fiscal policy, and practical skills for citizen engagement in the budget process. The teaching aids prepared for the course include a textbook and a workbook for students, methodological guidelines for teachers and an educational booklet for parents. A pilot program for the school course was conducted among students in 10th grade.

" We at the World Bank are delighted to join forces with the Ministry of Finance to help budget literacy to expand in the Russian Federation. It starts at school, educating young people about the importance of budget, and how to actively and responsively participate in public life. When they become adults, they know how to pay taxes, how much to pay, and what it means for their communities and their lives " 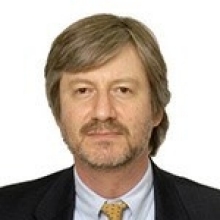 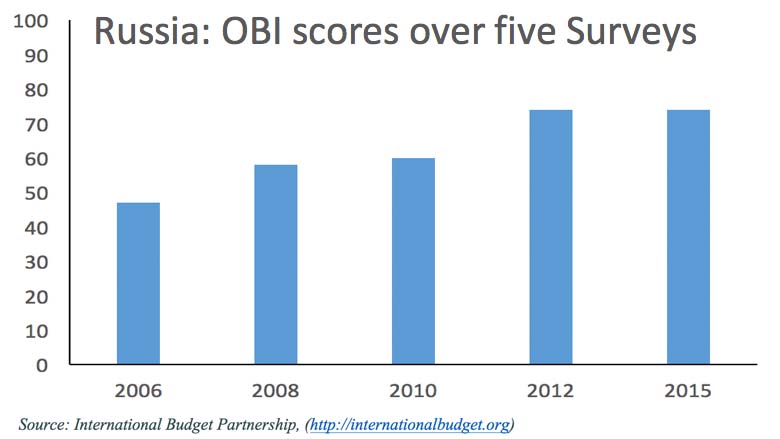 The Russian Government is also striving to improve its score in the Open Budget Index (OBI). This survey assesses whether central governments in countries around the world makes eight specific budget documents available to the public, and whether the data contained in these documents is comprehensive, timely, and useful.

Ultimately, the objective is to gauge whether citizens are given an opportunity to actively participate in the budget process at the national level. By 2020, Russia aims to join the group of countries that provides their citizens with “extensive information” about the national budget.