Tackling Tuberculosis in Southern Africa's Mineworkers with an Innovative Approach 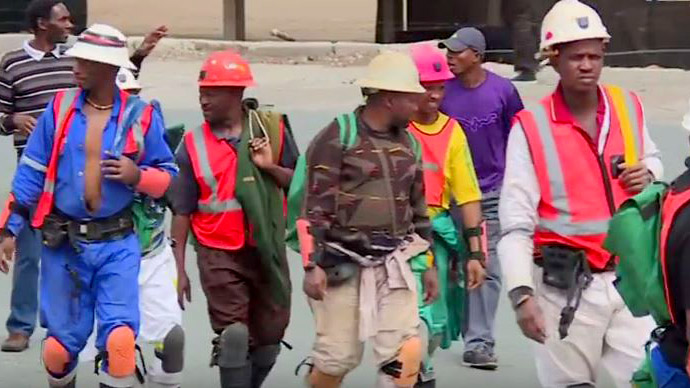 The first time Godfrey Tolang, a mineworker in South Africa, was infected with tuberculosis (TB) was December 2010. He started to feel unwell and decided to go home to Lesotho. He says the mine’s fine dust and extreme heat combined with long workdays made working a challenge. There, he was diagnosed with TB, got treated and then returned to work with his medical record.

But even though Tolang successfully completed his treatment, he says he was infected with TB again in less than two years.

Tolang’s situation reflects some of the challenges facing mineworkers that the Southern Africa TB in the Mining Sector Initiative is trying to tackle. This regional initiative, which began in 2010, is working to combat the TB epidemic in Southern Africa’s mining sector, a key driver of economic growth in the region, including in countries such as South Africa, Swaziland, Lesotho, and Mozambique.

As many recognize World TB Day, March 24, this initiative shows how an innovative and a more harmonized regional approach can result in more effective TB management in the mining sector. It's led to better tracking and monitoring of TB treatment, improved mineworkers’ living and working conditions and expanded and more access to occupational health and compensation services for ex-mineworkers. The initiative is one of the key efforts of the South Africa Knowledge Hub, a multi-sectoral collaboration between governments, civil society, research institutions and other development and private sector partners being supported by the World Bank Group and the Global Fund to Fight AIDS, Tuberculosis and Malaria.

While TB is highly preventable and curable, it remains a major problem in the South African mining sector, heavily impacting mineworkers, ex-mineworkers, and peri-mining communities. In South Africa alone, TB rates in the mining workforce are estimated at 2,500-3,000 cases per 100,000 individuals, 10 times higher than the rate the World Health Organization classifies as an emergency. It's also 2.5 to 3 times the incidence rate in the general population. Working in close proximity, prolonged exposure to silica dust, poor living conditions, high HIV prevalence in mining communities, migration, and poverty all contribute to these TB rates. Mineworkers are also often on the move, as well as resource-constrained, making it harder for them to find health facilities and seek and stick to treatment.

That’s why the Southern Africa TB in the Mining Sector Initiative has focused on forging strategic partnerships and cooperation between multiple sectors and stakeholders as well as coordination across national borders. Its strategy centers around five elements: facilitating policy dialogue, public and private partnerships, developing and sharing knowledge, expanding access to health services, and designing innovative approaches to TB treatment.

So far, results have been promising. For example, a database of current and former mineworkers is helping to coordinate and implement a strategic regional TB response. As part of this, an extensive mapping exercise was conducted in 10 Southern African countries by TomTom, a global leader in geo-spatial mapping, to map locations and names of villages, routes used by mineworkers, and the nearest health facilities. Work has also started on a regional Health Management Information System, a common platform that integrates national databases, to ensure continuity of care for mobile populations. 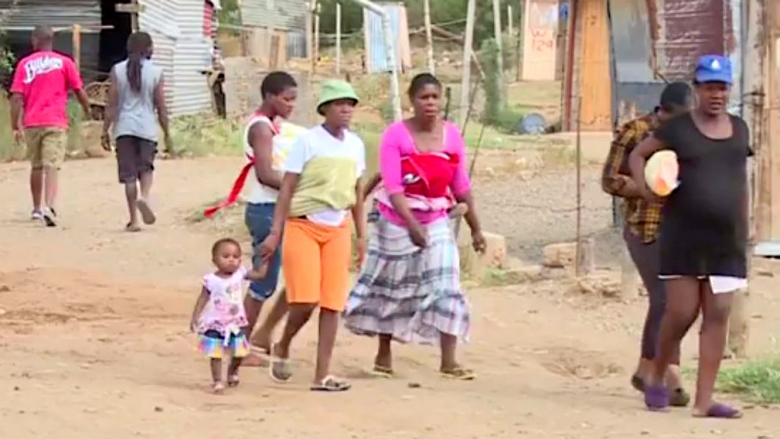 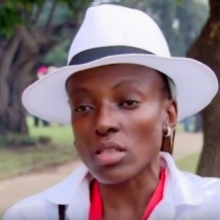 The initiative is also helping increase access to occupational health services, including compensation funds for occupational lung diseases that ex-mineworkers are qualified to receive. TB treatment can take mineworkers out of the workforce temporarily or they could be out for good if there are longer-term health problems. That’s what happened to Mandla Zondo, an ex-mineworker with lung complications. He says he stayed in the hospital for two months while getting treatment for TB, during which time he couldn’t earn any money. And he’s now no longer working in the mines.

“There is no income in my house, my kids are suffering,” he says.

Besides this, others achievements of this regional initiative include a m-health intervention that’s allowed health workers to follow-up with mineworkers infected with TB and see what’s helped increase treatment adherence; improvement of mineworkers’ living and working conditions by private sector companies; increased advocacy on TB and TB control services and other social mobilization efforts; and the development of new models for active TB case finding, diagnosis, and treatment.