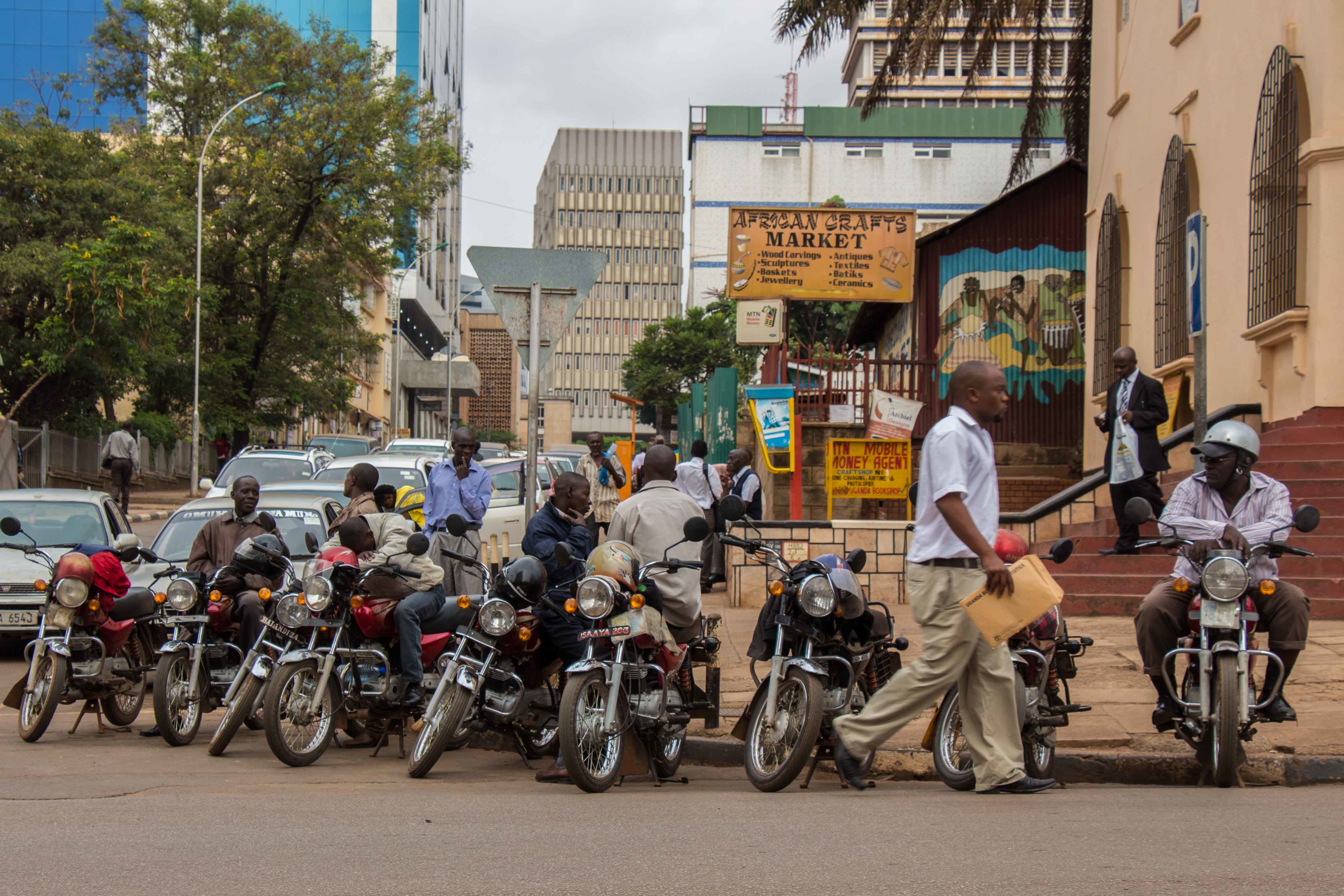 1. What is the current state of Uganda’s economy?

The Ugandan economy has grown at a much slower pace than in the past. Growth declined by 0.2 percent in the first quarter of 2016/17, and overall growth for the year is expected to be lower than the originally projected growth rate of 5.8 percent. The decline also contrasts the positive growth rate of 0.6 percent recorded in the previous quarter, indicating a reversal of the recovery that had begun to become apparent after the completion of the election cycle in February 2016. Inflation averaged 4.7 percent, and the shilling remained temporarily stable, before it begun depreciating rapidly at the beginning of November 2016. Similarly, agriculture declined by 1.1 percent during this quarter due to the prolonged drought, while services which in the past have been the main driver of growth, also stagnated. Manufacturing and trading activities equally declined. On the external side, exports to South Sudan – the main market - declined to US$33 million during the first quarter which was less than half of the US$76 million recorded in the prior quarter. The increasingly stringent conditions for borrowing occasioned by worsening quality of loans reduced private sector credit by 1.6 percent by September 2016, compared to the corresponding period of 2015. The financial sector was unable to fully support economic activity, rendering the Central Bank’s effort to raise liquidity in the economy and stimulating economic activity largely impotent.  In regard to public spending, Government released funds but actual implementation of projects remained low.

2. What is the outlook for the economy?

The performance of the Ugandan economy is expected to improve during the second half of FY 2016/17, especially if calm returns to South Sudan and trade between the two countries resumes. Improvement in weather conditions would boost agricultural production and output. As both commercial banks and the borrowers adjust to the new credit conditions, the amount of credit into the system could increase and stimulate economic activity. Assuming the global economic environment remains stable, and weather and climate related risks are not so severe to impact exports and agriculture, Uganda’s economy could grow between 4 to 5 percent per annum. This rate is close to the 4.8 percent in FY 2015/16. As the effects of the shocks wear off, the economy is expected to continue picking up pace, and could reach 5.2 percent in FY 2017/18 and 6.0 percent in the subsequent year.

3. What is the significance of the focus on financial inclusion?

Access to financial services enables individuals, households, and businesses to efficiently balance income and expenses over time; to manage financial shocks; and to invest in the development of their human and physical capital. Most critically, efficient intermediation encourages savers, eases access to credit for borrowers and lowers the cost of credit, which in turn reduces the overall transaction costs for enterprises, making them more competitive.

4. What are the major challenges and gaps facing financial inclusion in Uganda?

The high cost of credit is a major constraint. Only a very small proportion of Ugandan businesses and households have access to a bank loan. Interest rates often range between 22 and 25% of the total value of the borrowed amount. This causes many people to shy away from loan products. The overall domestic credit to GDP ratio in Uganda has stood at the average level of 13 percent of GDP over the past decade, far lower than the figures recorded by regional neighbors. Uganda ranks in 120th place out of 138 countries in affordability of financial services, according to the Economic Forum Global Competitiveness Report (2016-2017). The recent instability in the banking system has further contributed to low consumer confidence in financial institutions, while long-term savings products such as pensions and insurance also remain largely undeveloped. The rapid expansion of mobile financial services meanwhile offers great opportunity to increase access to financial services and products for people in rural areas, and the informal sector. The recent introduction of agent banking will equally improve access in rural areas as financial institutions are now be able to sub-contract retail outlets to offer financial services.

5. What are some of the significant government and private sector initiatives aimed at strengthening the financial system?

Bank of Uganda has spearheaded the implementation of a number of significant regulatory reforms. In particular, it advocated and facilitated amendments to the Financial Institutions Act (FIA) 2004 in January 2016. These amendments paved way for agent banking, Islamic banking, bancassurance (insurance companies using banks to sell their products), creation of a standalone Deposit Protection Fund (DPF), and the new requirement for commercial banks to hold more capital which will offer greater protection for account holders. BoU’s Financial Stability Department is also undertaking measures to strengthen the identification of systemic risks. Parliament recently enacted the Tier IV Microfinance Institutions and Moneylenders Act (2016) which will help protect deposits and also limit predatory lending practices which promise to build confidence in the system and lead to greater financial inclusion.