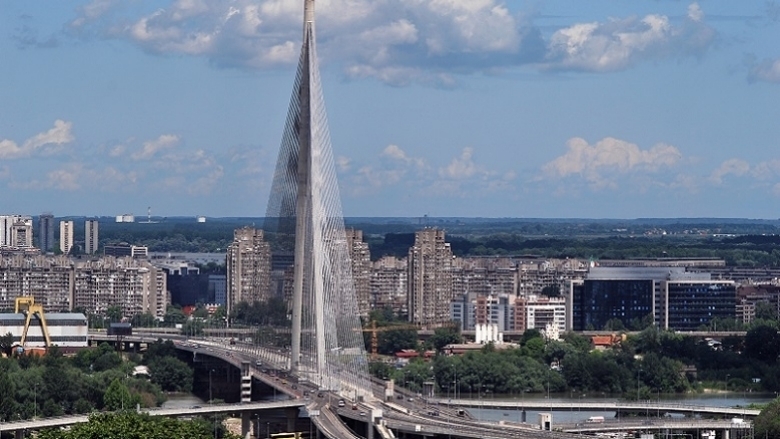 Urban Partnership Program: As one of the participating cities, Belgrade used a diagnostic tool for financial self-assessment, which has helped the city analyze its own financial position from a new perspective - that of investors and financial institutions.

The role of local governments in South East Europe (SEE) has been evolving, along with increased responsibilities, but capacity gaps remain that need to be addressed. Local governments in the Western Balkans face particular challenges from decentralization, a mismatch of revenue and expenditure management, a lack of infrastructure investments, and weak local institutions – all of which are coupled with the need to combat corruption and increase the pace of reforms.

Since 2011, the World Bank and the Government of Austria have supported the Urban Partnership Program, which is aimed at strengthening the capacity of local governments in the SEE region and equipping locally elected officials and city administrators with practical, decision-making tools that can help them effectively manage urban development for inclusive and sustainable growth.

The Program offers peer-to-peer support for participating cities through "City-to-City (C2C) Dialogues". These are tailored to local priorities and reflect the unique constraints and opportunities each city faces. Such programs are available in Albania, Bosnia and Herzegovina, Croatia, Kosovo, FYR Macedonia, Montenegro, and Serbia.

When the story of C2C Dialogues first began in 2011, municipal practitioners from seven cities came together to discuss and share issues of common interest: from municipal revenues to urban land development; from transparency and accountability to investment programing.

The latest dialogue, held in Belgrade on October 24-25, 2016, focused on findings from the Municipal Finance Self-Assessment (MFSA) and Urban Audit, with 15 cities sharing results and success stories.

The City of Belgrade has taken an active part in the Program since 2012, and has successfully applied a MFSA diagnostic tool for financial self-assessment. The city has since received a B1 credit rating, with a positive outlook, from Moody’s credit rating agency. This rating reflects its institutional capacity and revenue raising capability.

“The City of Belgrade had consolidated all of its financial data for the period of five years in one place, including also the city’s future financial prospects and long-term projections,” says Slobodan Milosavljevic, Secretary of Finance for the City of Belgrade, who credits the MFSA in helping this process.

“This way we were ready for the first meeting with Moody’s and we were able to complete the credit rating questionnaire very quickly for the first time.”

Thanks to the MFSA tool the information provided to the agency had, for the most part, already been prepared according to the methodology recognized by the credit rating agency – a fact confirmed by the agency itself.

“The representatives of the City of Belgrade were excellently prepared,” noted Gjorgji Josifov from Moody’s.

“It has been pointed out to us that the MFSA indicators allow the city to check the status of their credit rating at any point in time, and that these indicators are very similar to those applied by the credit rating agencies in assigning credit ratings to cities and local governments.”

The MFSA helped Belgrade analyze its own financial position from a completely new perspective - that of investors and financial institutions. The city used MFSA to demonstrate their creditworthiness and to prepare public-private partnership (PPP) projects.

The City of Rijeka, Croatia also utilized the MFSA to help them identify problems with financial planning, develop a city Strategy, and get a clearer picture on whether the city could afford to participate in European Union projects – helping to prioritize financially sustainable projects.

An urban planner from the Berat Municipality in Albania reported that the Urban Audit process helped his municipality effectively balance three things: the needs, wishes, and opportunities in his community. It also helped in identifying gaps in infrastructure and service provision. The planner then consulted MFSA data to generate a mid-term budgeting plan. 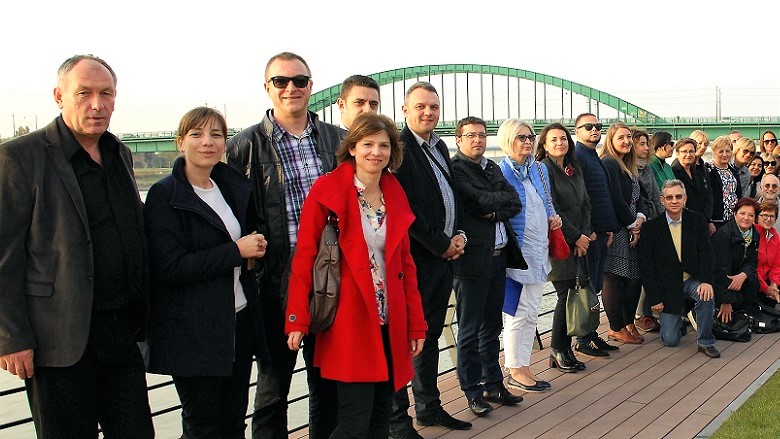 City-to-City Dialogues have been a useful platform for knowledge and experience exchange among the participating cities in the region. In this photo: participants of the C2C event held in October 2016 in Belgrade.

The proven success of the C2C Dialogues in bringing the region together around the table to discuss achievements and current issues means the program will continue into the future.

The process has not only helped the participating municipalities analyze their own performance, formulate actionable plans, and acquire external funding for implementation, but it has also helped them take steps to improve their municipal management practices in a transparent manner. Drawing on these tools, the local governments are now better equipped to advocate for policy change within their national frameworks.

Perhaps most fundamentally, however, the C2C journey has helped them set in motion processes that require people from different agencies to work together and pave the way for reform.