Reforming Zimbabwe’s Parastatals One Enterprise at a Time 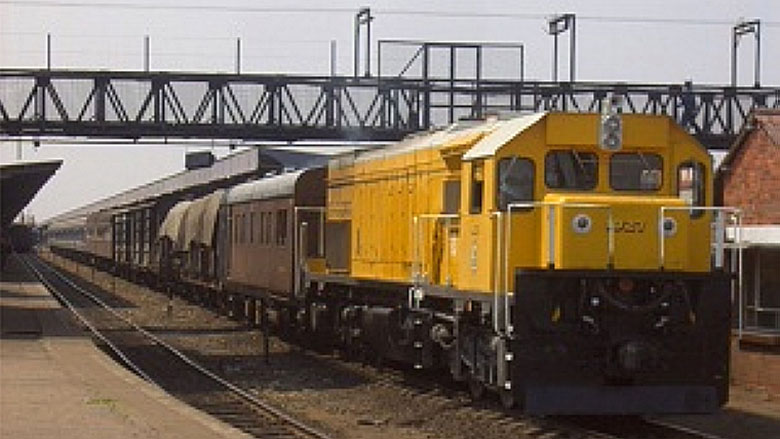 HARARE, March 22, 2016 – Not so long ago, many communities in Zimbabwe began their day to the rhythmic vibration of trains passing by on the railway tracks. The trains used to run like clockwork, literally marking the time of day for many rural and urban residents. Such was the reliability of the National Railways of Zimbabwe- it was an efficient, and often the preferred, mover of people and goods. This parastatal, like other state-owned enterprises (SOEs) at the time, was a crucial cog in Zimbabwe’s economic gearbox.

Now, years down the line, the parastatal cogs are worn and rusty. Across almost all sectors where they operate, SOEs are currently laden with myriad challenges – lack of capital, ballooning wage bills, low productivity and/or unsustainable debt. The services they provide to firms and households have deteriorated substantially and even the welfare of their own employees is often in jeopardy.

Against this background, the Government of Zimbabwe launched an initiative in 2015 to re-engineer the parastatal sector by “reducing costs to the fiscus, enhancing service delivery and improving accountability,” said Patrick Chinamasa,  Minister of Finance and Economic Development,  in his 2016 budget presentation.

As a first step, the government has prioritized 10 parastatals and begun to undertake audits of the first few. They include:

To date, two audits have been fully completed in GMB and CSC, and three turn-around strategies submitted for approval to Cabinet for Tel One, ZINWA and IDCZ.  Decisions have also been made to seek strategic and technical partners in Air Zimbabwe and the National Railways of Zimbabwe. There are also plans to unbundle CAAZ into separate regulatory and commercial entity, while ARDA is in the process of establishing joint venture partnerships for several of its farming estates.

The authorities have solicited and received support from the World Bank (WB), under the Zimbabwe Reconstruction Fund (ZIMREF), to help design a new governance framework for state-owned enterprises and to give peer review comments on turn-around strategies for selected companies. The $4.3 million Capital Budgets Technical Assistance (TA) Program was approved by the ZIMREF donors and the World Bank in August 2015 and it including a major component on state-owned enterprises. This TA program seeks to improve oversight and governance of parastatals so as to reduce their fiscal burden, better manage fiscal risk, improve performance and service delivery, and strengthen accountability.

In November 2015, the WB supported a workshop with senior government officials to review different models of SOE governance from around the world, which led to a particular interest in the centralized ownership model practiced in Latin America and Europe. In January 2016, the WB and authorities hosted another workshop for top management of all Zimbabwe’s 97 parastatals to launch the collection of baseline data on each entity.

“Fundamentally, it is unacceptable to continuously make transfers to state enterprises and parastatals unless we have baseline data of the state enterprises' assets and liabilities,” said Walter Chidakwa, acting Minister of Finance and Economic Development.

The WB is also supporting the government in preparing a Bill to legally apply the new National Code for Corporate Governance (NCCG) to parastatals.

“The principles of the NCCG are aligned with the OECD Guidelines for Corporate Governance of State-owned Enterprises, representing international best practice,” said Fanny Weiner, World Bank senior public management specialist. “The Bill is major a step in putting the code into practice and to introduce a corporate governance framework for public enterprises in Zimbabwe.”

The next steps supported by the WB include an assessment of current corporate governance practices in selected public enterprises, which will serve as a starting point for the implementation of the upcoming Corporate Governance Bill.

The Zimbabwe Reconstruction Fund (ZIMREF) has received contributions of $39 million from the Denmark, European Union, Norway, Sweden, Switzerland, UK and the World Bank’s State and Peace Building Fund. ZIMREF aims to support the strengthening of Zimbabwe’s systems for reconstruction and development.