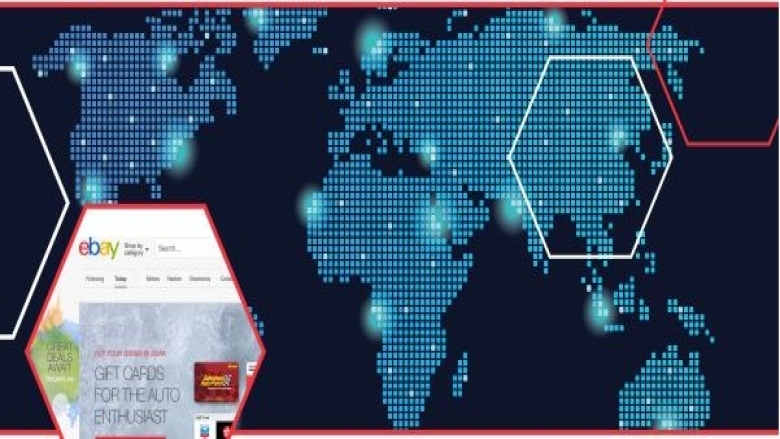 People are excluded from the labor market in many ways. Cultural barriers prevent certain stakeholder groups such as women, youth or indigenous people from working. Geography and location can also present barriers for people looking for employment as well as for those  working to become more productive. But the advent of the internet, specifically e-commerce platforms, are reducing these barriers.

The rise of e-commerce platforms is creating a new group of micro-entrepreneurs, who are able to access global markets in a way that was impossible before. In the process, jobs are being created in firms that simply would not exist without such platforms. These include Amazon, eBay and Alibaba. There is also some evidence that certain groups of people who have been kept away from the labor market are now able to work.

The recent World Development Report 2016 Digital Dividends highlights many instances of how e-commerce is boosting the employment opportunities of those who may have been excluded from the global market place. According to the report, the internet enables many small firms to participate in global trade, thus leading to more inclusion. The country that has perhaps derived the most development impact from this has been China. The WDR notes that ‘China’s State Information Center estimates that the recent boom in the country’s e-commerce sector has created 10 million jobs in online stores and related services, about 1.3 percent of the country’s employment. New opportunities for entrepreneurship and self-employment are also growing rapidly in the digital economy.’

Earlier this month Brian Bieron, Executive Director of the eBay Inc. Public Policy Lab, gave a presentation in conjunction with World Bank’s Jobs Group, in which he talked about how micro enterprises are now global. His presentation showed that by using e-commerce platforms, businesses no longer need to be big to access global markets. Moreover, having access to global markets allows micro businesses to be much more sustainable than in the past.

“The emergence of platform economics has lowered the cost of doing business across distance, for most of the costs of distance, although not all of them,” he said. Bieron calls this new way of trading a Global Empowerment Network, which complements the already existing global value chains. “Global Empowerment Network is … another model that works for microbusiness. This model gives [micro businesses] access to lots of different countries, not just the one or two [countries] which happens in the global value chain model.”

While it is clear that such e-commerce platforms do allow small and micro enterprises access to global markets,do these platforms help people who otherwise could not work find jobs that are productive and fulfilling? Here the evidence is slightly more anecdotal. According to Deepak Mishra, Co-director for the World Development Report 2016, only five percent of SMEs are online in the developing world, so there is huge scope to bring them online. But at present, the benefits of going online flow to the people who need it least. Rather, the benefits are biased to those firms that are already productive, and are most connected. “Therefore the people who can best take advantage of it will benefit and so it is not actually inclusive,” said Mishra.

The key message from the WDR 2016 was that for the dividends of the digital economy to be spread evenly, then work needs to be done in the analog areas which support the digital economy.   “Platforms are critical and are a pillar of making development more inclusive, but you also need the analog complements to make it inclusive,” said Mishra, referring to strengthening regulations that ensure competition among businesses, adapting workers’ skills to the demands of the new economy, and ensuring that institutions are accountable.

It is important to see who is actually using the e-commerce platforms to fully measure the impact on inclusion. The WDR 2016 for example analyses who is working in the villages in China where a large number of people have found work by selling goods on one of Alibaba’s platforms. It found that that about one-third of owners are female, one-fifth were previously unemployed, and about one percent are persons with disabilities. For example, one of Alibaba’s top “netpreneurs,” confined to a wheelchair after an accident, built a thriving online livestock business.

These platform business are clearly a way to promote inclusion, although they are not yet being deliberately used to tackle exclusion. Despite this, the opportunities for those who are able to take advantage of this technological advancement are real and they are global, according to Bieron. “I genuinely believe that the small factory in the developing world has a tremendous amount to gain from being part of these global platforms. It is not about encouraging tech entrepreneurs, it is about reducing the costs of engaging in trade so more and more SMEs and individuals can participate in the global economy, he said. “We are not far from the point where the entire world is now a potential market for businesses whose market used to be just the people who walked past their store.”