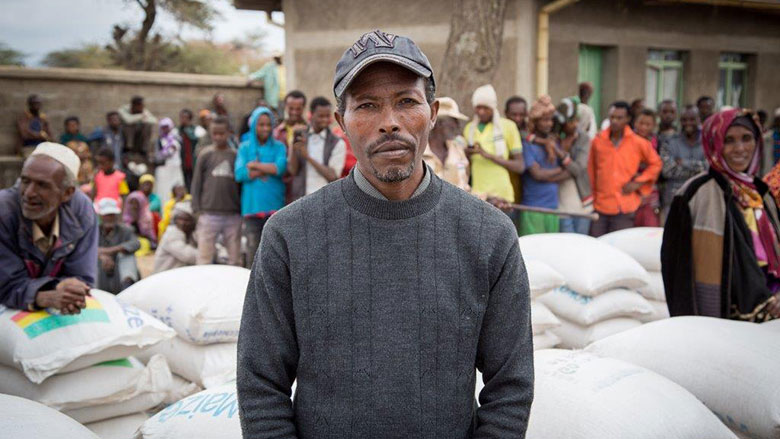 Local farmer Ezkias Geberigziabher of Ziway Dugda, one of the poorest and most insecure districts in Ethiopia, wait for rations to be distributed. The drought caused by El Niño has made it difficult for farmers to grow food.

ZIWAY DUGDA, February 3, 2016- Headlines across the globe are drawing attention to the devastating effects of the current drought in Ethiopia caused by El Niño. According to the United Nations, more than $1.2 billion is required to meet the needs of more than 10 million people affected by the drought, described as the worst in three decades.

Ziway Dugda, a small district in Arsi Zone of Ethiopia’s Oromia region, is one of the areas affected by the drought. Although its only two hours away from Addis Ababa, Dugda is a world away from the big city and among the poorest and most food insecure districts in the country.

“We are hardworking people, but we can’t produce food because of the drought. Despite our prayers, it hasn’t rained in two years,” said local farmer Ezkias Geberigziabher. “We have depleted our reserves. I have nine children; what am I supposed to feed them?”

Since 2005, under the Productive Safety Nets Program (PSNP), the World Bank has been supporting the Government of Ethiopia (GoE) to put in place robust systems that respond to chronic vulnerability, by shifting focus from annual emergency appeals to a planned approach to food insecurity and predictable drought risk management. These systems have been the backbone of the response to the current drought. PSNP also allocated $50 million to the GoE to finance the provision of food aid in PSNP areas.

“This has been a moving experience for me,” said Ban Ki-moon, Secretary-General of the United Nations, during his recent visit to Dugda. “I am impressed by how different stakeholders like the World Bank, along with the Government of Ethiopia and the World Food Program have pulled their resources together to address this challenge.”

The program provides regular cash and/or food transfers to roughly eight million chronically food insecure people in more than 318 food insecure districts, people who would otherwise be included in the humanitarian appeal for food aid. While able-bodied individuals earn wages for working on public works projects six months out of the year, those who are unable to work are given direct grants throughout the year.

“I am very pleased to see first-hand how PSNP is helping to address food insecurity and promote sustainable community development in the poorest societies,” said Carolyn Turk, World Bank country director for Ethiopia. “I am especially happy to see how the World Bank’s investments in government systems are paying-off in times of great need.”

The public works assets created through the PSNP are addressing the root causes of poverty and vulnerability, by restoring watersheds and building much needed basic infrastructure and roads. Under PSNP, 39,000 kilometers (km) of roads 500 health posts and 4,300 school rooms have been built.

“I have helped to build a water well and the health post, which is giving much needed services to everyone in our community,” said Kadija Gobe, a 23-year-old mother of three. “My household receives ETB 480 ($24) a month in cash transfers, without which, I wouldn’t be able to feed my children or send them to school. If it wasn’t for the safety nets program, we will starve to death for sure.” Gobe is one of the 9,329 beneficiaries of PSNP in Ziway Dugda

The PSNP is now in its fourth phase of implementation, with International Development Association (IDA) investments of $600 million, and a total budget of approximately $3.6 billion from 11 development partners. 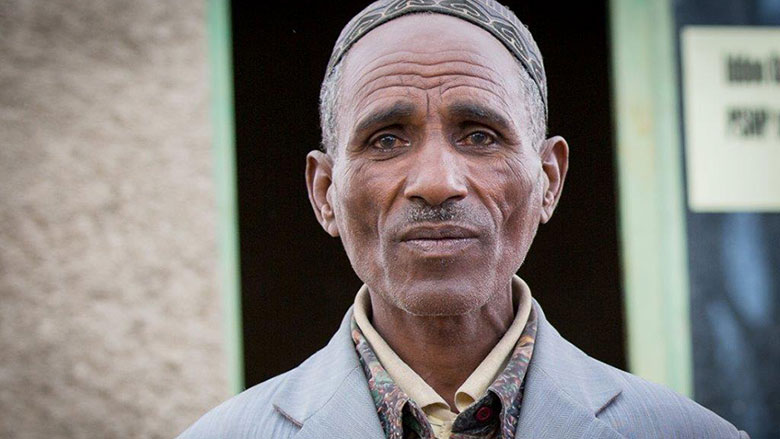