An Unlikely Partnership – Shared Experiences from Poland and Mongolia 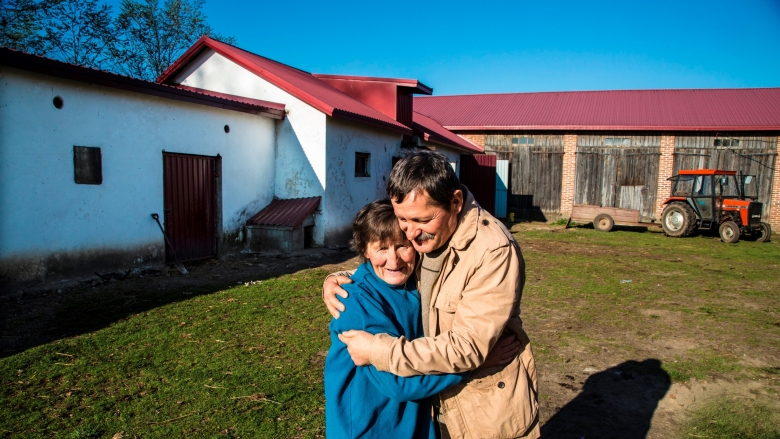 The World Bank in Poland is committed to a knowledge sharing agenda - sharing lessons and best practices in areas such as pension reform with other countries around the world.

In the first week of December, 2015, a parliamentary delegation from Ulaanbaatar, Mongolia, visited Poland in order to learn from this country’s experience in reforming its social insurance system.

Despite the vast distance between Poland and Mongolia, the two countries actually share many similarities. Mongolia, like Poland, had a centrally planned economy and an extensive social protection system for many years. Both countries faced the challenges posed by a legacy of financial obligations following the liberalization of a once centrally planned economy. The populations of both countries are also both ageing - which raises enormous challenges for achieving fiscally affordable - yet adequate - pension and social insurance systems.

One of the World Bank’s mandates is to facilitate international contacts and enable an exchange of experiences.

" Through a carefully designed study-tour, our counterparts learn not only the results of reform efforts but the impressions of those who implemented these specific reforms "

In 1999, both countries conducted fundamental reforms, moving from defined benefit system to defined contribution schemes, meaning that a direct link between contributions and pension benefits was introduced.

“We see a role for the World Bank to support an evidence-based approach in decision-making. Linking country policymakers with comparable experiences is a useful means of considering design options and parameters for adequate and sustainable pensions, for example,” says Mark Dorfman, World Bank Senior Economist and organizer of the visit by the Mongolian delegation in Poland.

“Through a carefully designed study-tour, our counterparts learn not only the results of reform efforts but the impressions of those who implemented these specific reforms,” he added.

One contrast between reforms in these countries came in the realm of communications. While Poland made a substantial effort to communicate with the public about the nature of the reforms and substantially increase the transparency of the benefits for contributors, Mongolia did not - creating confusion over the objectives of these reforms and the mechanics of notional accounts.

“The reforms in Poland were accompanied by a broad information campaign and social consultations. As a result, Poland may be seen as a country whose experience can be an inspiration to others,” says Marina Wes, World Bank Country Manager for Poland.

The Mongolian delegation expressed its satisfaction with this learning experience. In particular, they noted a sharpened view of the key tradeoffs, risks, and enabling conditions needed to support a funded pension scheme in Mongolia. Furthermore, they now have a better idea of the institutional and communication requirements needed to support a defined-contribution scheme, following this exchanges. They also took away ideas about how to approach a raise in the retirement age, including for special groups of workers subject to early retirement.

Finally, the also noted their appreciation for learning from Poland’s experience with Farmer Pensions, including some of the potential risks and costs associated with the establishment of a subsidized program for similar kinds of beneficiaries in Mongolia.

Much can be learned from Poland’s experience over the last 25 years of transformation in areas such as social insurance reform. Currently, experts from the World Bank are working on a report, titled “Lessons learnt from Poland,” which summarizes the most important structural reforms in Poland, starting from the systemic transformation in 1989. The objective of the report is to assess Poland’s achievements and to draw lessons for other countries undergoing their own structural reforms. The report also aims to identify a policy reform agenda for Poland that can help the country converge to development level of Germany, Finland, and Australia, for instance.

In 2013-2014, the World Bank office in Poland also conducted the “Poland as Global Development Partner” project. Within the framework of this project, the Bank organized debates and conferences on key development topics, initiated a knowledge exchange between Poland and a number of other countries, and prepared a number of publications summarizing Poland’s accomplishments over the past quarter of a century.