From Strategy to Action: Developing Georgia’s Education and Tourism Sectors

Georgians value education very highly, but Georgia's education system has not always lived up to their expectations.

World Bank
The World Bank is working closely with Georgia to prepare two of the country’s national strategies; one on development of the education sector and the other on tourism development. The two strategies were presented and discussed at workshops in Tbilisi on 21 November and 3 December 2014, respectively.

Georgians have very high standards and expectations for education. Yet, Georgia’s education system has not always lived up to those expectations, particularly over the past two decades. While successive governments have endeavored to improve the quality and efficiency of the system, reform efforts have often been impeded by a shortage of financial resources and limited institutional capacity.

To support Georgia in its ongoing efforts, the World Bank recently carried out a comprehensive study of the country’s education system and identified a comprehensive set of recommendations that can provide strategic direction going forward.

The analysis looked at all levels of education, from development of preschool to general and tertiary education, and science. In addition, the study assessed the quality and accessibility of education in the country, the importance of which is outlined by the Bologna Process and recommended by the European Parliament and the Council of Europe.

Georgia’s Minister of Education and Science, Tamar Sanikidze, recently acknowledged the relevance and timeliness of the study. “The document, reflecting the main directions of development of the education and science system, is based on the priorities of the government’s Socio-Economic Development Strategy-2020,” says Sanikidze. “These include employment, job creation and supporting the formation of innovation based economy. Preparing relevant staff and strengthening research potential in the education system is very important in that regard, and the Ministry of Education and Science will actively participate in that process.”

When Georgia’s education system is compared with those of the world’s leading countries, several weaknesses stand out. The study proposes ways to address those challenges and outlines overall directions for a concrete action plan – which will be taken into consideration by Georgia’s government when planning state budgets for the coming years.

Several important education reforms have been implemented in Georgia over the past decade, leading to improvements in transparency and efficiency in the sector. But, the overall quality of education is still cause for concern: across all levels, student outcomes in key areas such as reading comprehension, mathematics and science are lower than they should be.

“Georgia’s prospects to compete in the global economy will largely depend on its ability to produce a highly-skilled workforce via improved teaching and learning,” says Henry Kerali, World Bank Regional Director for the South Caucasus. “Creating improvements requires a long-term and sustained effort as evidenced by the experience of many countries with now advanced education systems. Georgia can benefit from the experiences and lessons learned from these school systems, which have made impressive gains.”

The strategic directions of the World Bank study were discussed at a conference in Tbilisi on 21 December 2014, attended by parliamentarians and representatives from general, vocational and tertiary education, international organizations, and non-governmental organizations.

" Georgia’s prospects to compete in the global economy will largely depend on its ability to produce a highly-skilled workforce via improved teaching and learning. " 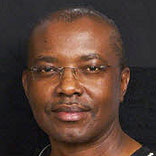 Tourism and travel is one of the fastest growing sectors of the economy in Georgia and a key generator of jobs.

Blessed with a rich cultural heritage and an abundance of natural beauty, Georgia has attracted an increasing number of tourists in recent years. Conservation efforts, infrastructure development, urban rehabilitation and cultural heritage restoration have all played their part in helping to boost tourism and grow the economy. But, there is potential to achieve much more.

As such, tourism development is one of the country’s top priorities. Giorgi Kvirikashvili, Minister of Economy and Sustainable Development, points out that the tourism sector requires close inter-agency coordination, including with private and non-governmental bodies. “Taking into consideration all the above-mentioned factors,” Kvirikashvili says, “elaboration of the tourism strategy will clearly identify the challenges existing in the sector and define the main directions that will become the basis for development of this important sector in the country”.

The World Bank Group works closely with the government through its Country Partnership Strategy with Georgia, and regards the development of the tourism sector, related business opportunities and private investments as priorities for the country’s economic development.

“The joint World Bank and IFC collaboration focuses on fostering entrepreneurship and access to finance, improving the investment climate and developing Georgia’s tourism strategy that will determine how to improve the sector’s performance, align implementation priorities and enable job growth,” Henry Kerali says.

Ahmed Eiweida, Program Leader for Sustainable Development in the South Caucasus, said in a recent interview that “Tourism and travel is one of the fastest growing sectors of the economy in Georgia and a key generator of jobs, accounting for 14.2 percent of total direct and indirect employment in 2013 and 6-7 percent of GDP. The sector currently provides nearly 20 percent of export earnings. The national tourism development strategy is, therefore, an instrument to develop further the sector in order to take full advantages of Georgia’s potentials and position it globally as a rich, diversified and high quality destination.”

A process to elaborate the national tourism strategy took place at a workshop in Tbilisi on 3 December, 2014, following extensive consultations with a variety of stakeholders. Participants at the workshop shared their experiences and discussed the proposed Vision 2025 for the tourism sector. Public consultations will take place in the coming months and both the national education and tourism strategies, together with their respective action plans, will be finalized in spring 2015 for approval by the government. 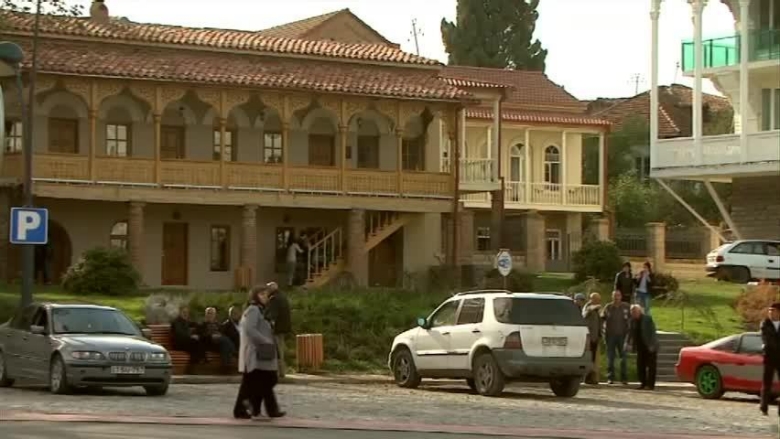