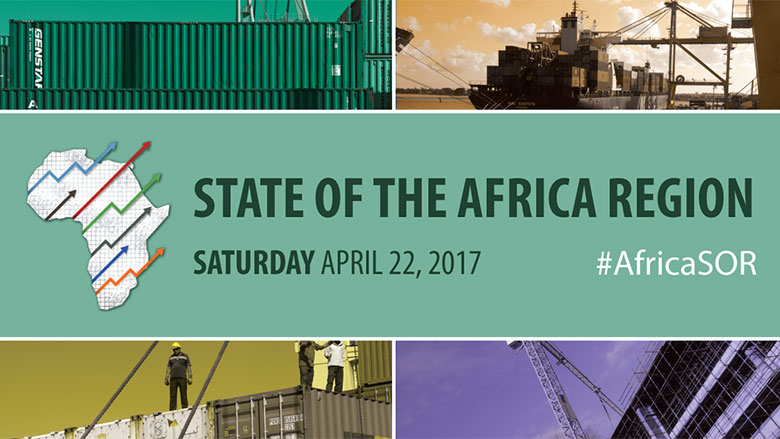 State of the Africa Region
April 22, 2017J-B1-080 (Access to the main room is restricted by invitation with a pin, all others will be directed to overflow rooms)

The State of the Africa Region seminar provides an opportunity to reflect on the main trends shaping economic development in the region. The seminar will discuss key challenges and opportunities facing Africa amid a weak and volatile regional and global economic environment. A special focus will be on investing in Africa in uncertain times, outlining national and regional policies and possible coordination mechanisms with the international development community to boost and sustain quality investment in the continent. The State of the Africa Region presentation will be followed by a panel discussion, including high-level policy makers and private sector operators from Africa. The panel discussion will be an opportunity to highlight the need for leveraging private sector investment to help fill Africa’s infrastructure gap as well as showcase early successes in this regard. It will also call attention to the opportunities that Africa offers to new investors. 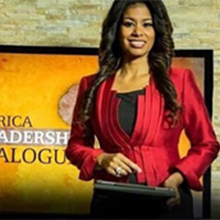 Julie Gichuru is a media personality and entrepreneur with investments in media, fashion retail and entertainment. Julie is an Independent Director on the Boards of Brand KENYA Board and Acumen Communications Ltd and is a Fellow and Trustee of the Africa Leadership Initiative EA, she also hosts the pan African television show Africa Leadership Dialogues.

Julie's career in the media over the past 15 years has seen her work across the fields of broadcast, print and digital media. Julie has also pioneered an impressive number of television shows, from the first Kenyan investigative TV series, The Inside Story on KTN to various current affairs shows at NTV including political and current affairs programs Showdown, On the Spot, You The Jury and The People's Voice, and the celebrated news program Sunday Live and peace and reconciliation program Fist to Five at Citizen TV. Also included in this list is the celebrated post-election peace specials Voices of Reason. Through ARIMUS Media Limited Julie now oversees the production of quality African content such as Africa Leadership Dialogues, high school debate platform Great Debaters Contest and entertainment series Maisha.

Julie Gichuru is an alumni of the Harvard Kennedy School and Oxford University's Saïd Business School. 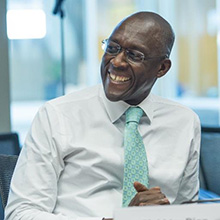 Makhtar Diop has served as the World Bank's Vice President for Africa since May 2012.

Under his leadership, the World Bank committed $9.4 billion to Sub-Saharan Africa in FY 2016 to help tackle development challenges such as increasing food security and agricultural productivity; improving access to affordable, reliable, and sustainable energy, creating economic opportunities for Africa’s youth; and responding quickly and effectively to emergency situations such as the recent Ebola epidemic.

Before taking up this position, Diop was World Bank Country Director for Brazil, based in Brasilia, between January 2009 and April 2012; he previously held the positions of Director of Strategy and Operations, and Sector Director for Finance, Private Sector and Infrastructure, both in the Latin America and the Caribbean Region. Between 2002 and 2005, Mr. Diop was the Bank’s Country Director for Kenya, Eritrea, and Somalia, based in Nairobi.

Before joining the World Bank, Mr. Diop worked at the International Monetary Fund, focusing on the Central African Republic. He also served as Minister of Economy and Finance of Senegal.

In 2014, Jeune Afrique named him "one of the 50 most influential Africans." 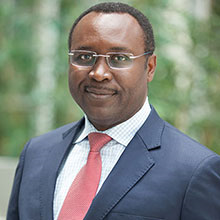 Albert Zeufack, a Cameroonian national, is the World Bank Chief Economist for the Africa Region. He joined the World Bank in 1997 as a research economist in the macroeconomics division of the Research Department. Since then, he has held several positions in the East Asia and Pacific region, as well as in the Macroeconomics and Fiscal Management Global Practice with a particular focus on Africa, Europe and Central Asia. Mr. Zeufack’s main research interest is the micro-foundations of macroeconomics.

Prior to his appointment as Chief Economist, he was Practice Manager in the Macroeconomics and Fiscal Management Global Practice and leader of the World Bank-wide Community of Practice for the Management of Natural Resources Rents, a group interested in sovereign wealth, fiscal rules, public spending patterns, and macro-modeling in natural resource-rich economies. 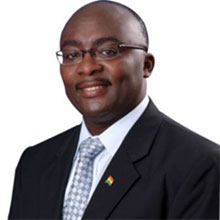 Dr. Mahamudu Bawumia is Vice President of the Republic of Ghana and head of Ghana’s Economic Management Team. He is an economist and banker by training. He served as Deputy Governor of the Central Bank of Ghana between 2006 and 2009. He also served as Resident Representative for the African Development Bank in Zimbabwe from 2011 to 2012. He was a visiting scholar at the University of British Columbia (Canada), and a Senior Associate Member of St. Antonys College at the University of Oxford. Between 2013 and 2015 Dr. Bawumia was a visiting professor of economic governance at Ghana’s Central University. Dr. Bawumia also served as an assistant professor of economics at Hankamer School of Business at Baylor University, in Texas (1996- 2000). 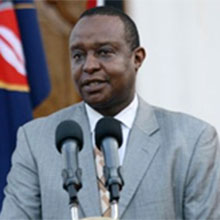 Henry Rotich is the Cabinet Secretary for the National Treasury of Kenya.  He was previously the Head of Macroeconomics at the Treasury since March 2006 and was nominated as Cabinet Secretary for the National Treasury on April 23, 2013 and confirmed by Parliament. Prior to joining the Ministry of Finance, he had worked at the Central Bank of Kenya since 1994. From 2001-2004, he was attached to the International Monetary Fund local office in Nairobi working as an economist. Mr. Rotich has served as director on several boards of State corporations including: the Insurance Regulatory Board, the Industrial Development Bank, the Communications Authority of Kenya, and the Kenya National Bureau of Statistics. 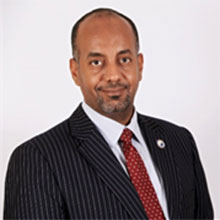 Admassu Tadesse is the President and Chief Executive of TDB (formerly trading as PTA Bank), the Eastern and Southern Africa Trade and Development Bank, since his appointment in 2011.

Previously, Mr. Tadesse was Executive Vice-President at the Development Bank of Southern Africa in Johannesburg, responsible for international finance and corporate strategy, where he served for 10 years. Prior, he worked as an advisor, analyst and specialist, with various international funds and organizations in New York. Mr. Tadesse holds an MSc from the London School of Economics, and an MBA from Wits Business School in South Africa. He is also an alumni of Harvard Business School and the University of Western Ontario.

He has served on several boards, trusts and industry bodies in Africa and internationally. He has lived and worked internationally for over 35 years, in some ten countries across three continents.