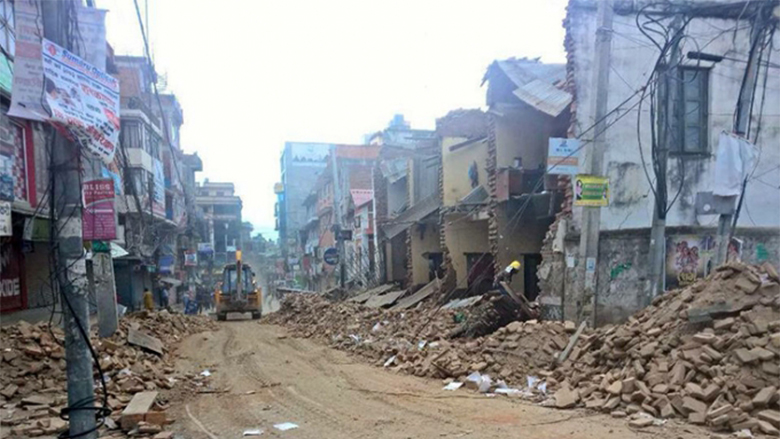 On April 25, 2015, a major earthquake occurred at shallow depth with a magnitude of 7.8 in central Nepal causing widespread destruction. The ensuing sequence of aftershocks, including the one of magnitude 7.3 on May 12, caused further casualties and damage. In total, the Nepalese Government has reported more than 8,700 deaths and 25,000 injuries. The earthquake also triggered extensive landslides and avalanches causing further damage and disruption of essential services.

A year has passed. While the reconstruction efforts continue, the Government along with development partners looks ahead to prepare for the future risks. Resilient Recovery Framework for Nepal currently under development look beyond a recovery, and plan improving the resilience through the ongoing reconstruction process.

In this seminar, we look back the emergency medical response immediately after the earthquake, and reflect on challenges and opportunities that was emerging on the ground. Tohoku University will share findings from the analysis on medical response. The World Bank / Disaster Risk Management Hub, Tokyo and Japan International Cooperation Agency (JICA) will present the ongoing reconstruction programs that also serve to better prepare for the future risks. 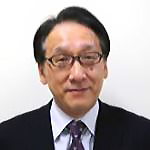 Professor Fumihiko Imamura is the Director of the International Research Institute of Disaster Science (IRIDeS), Tohoku University established after the 2011 Great East Japan Earthquake and Tsunami, and also Professor of Tsunami Engineering. After completing his Ph.D., he became a research associate at Tohoku University. He was then an Associate Professor at the School of Civil Engineering, Asian Institute of Technology in Thailand during 1993-1995. He was promoted to be Professor of Tsunami Engineering in 2000, widely contributing to the process of recovery and reconstruction for the damaged area in the Indian Ocean after the 2004 tsunami. He was a member of the study group for the reconstruction design council in response to the 2011 Tohoku Earthquake. Since being appointed as a director, Professor Imamura has been leading IRIDeS to be actively engaged in disaster affected areas, both domestic and foreign, to provide support through technologies, knowledge, and the experience of IRIDeS faculties. 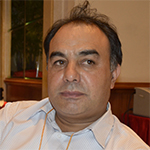 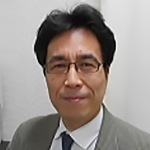 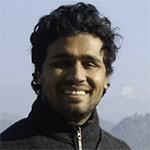 Mr. Avani Dixit joined the World Bank Nepal Office as a Disaster Risk Management Specialist in June 2015. He is currently the focal point for the Earthquake Housing Reconstruction Project, World Bank’s support to the Government of Nepal for rural housing reconstruction. Prior to joining the World Bank, he worked for the United Nations Development Programme (UNDP) Nepal for over 4 years as a Disaster Risk Management Programme Analyst and was responsible for providing oversight and technical support to the Government of Nepal on disaster projects and related aspects. Prior to that, he worked as Programme Analyst for the Bureau for Crisis Prevention and Recovery, UNDP in Geneva for 3 years in a global team providing technical assistance to UNDP Country Offices on disaster risk assessment. Mr. Avani is a certified PRINCE 2 project management practitioner, and has a Bachelor's Degree from Thammasat University, Thailand, and Master’s degree on information management from a consortium of universities in Europe: University of Reading, U.K.; Aristotle University of Thessaloniki, Greece; and Universidad de Carlos III Madrid, Spain. 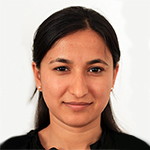 Ms. Jyoti Pandey is a Social Protection Analyst at the World Bank country office in Nepal. She works on improving social protection systems and civil registration. Post-earthquake, she worked with the Central Bureau of Statistics in designing and implementing the beneficiary identification survey for housing reconstruction. Ms. Pandey has a Master’s degree in public policy from the Hertie School of Governance, Germany and a Bachelor’s in Economics and International Relations from Connecticut College, U.S.A. 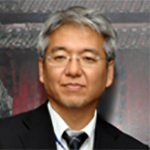 As Advisor, Infrastructure and Peacebuilding Department, Japan International Cooperation Agency (JICA), Mr. Naomichi Murooka has been launching and implementing a number of projects and research projects, mainly in Asia and Africa. After working as a consultant, Mr. Murooka joined JICA to advance his specialized expertise. Since 1998, he has served at the Tokyo International Center, Grant Division, Social Development Division, Vietnam Office, JICA. Since the appointment to his current position in 2013, he has led many projects including urban transport, urban development, and regional development sectors. His recent engagements are particularly concerned with post-conflict and post-disaster recovery, such as “Rehabilitation and Recovery from the Typhoon Yolanda” started in November 2013, and “Build Back Better Reconstruction of Nepal after Gorkha Earthquake”. Mr. Murooka holds a Master's in Urban Planning from the Graduate School of the University of Michigan. 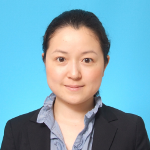 Ms. Keiko Sakoda Kaneda is a Disaster Risk Management (DRM) Specialist at the Global Facility for Disaster Reduction and Recovery (GFDRR) DRM Hub Tokyo. She works on technical assistance grant portfolio, and supports connecting Japanese relevant experience with the World Bank’s operational teams, beyond the traditional DRM community, for mainstreaming DRM in various sectors. She brings solid operational expertise in post-disaster/conflict reconstruction, disaster preparedness, climate change adaptation and urban development from nearly 10 years of experience. Her focused experience in post-disaster/conflict housing reconstruction added value to recent Bank operations in Nepal and Vanuatu after devastating disasters in 2015. Prior to joining the World Bank, she worked at UNDP and UN Habitat in Indonesia, UNHCR in South Sudan and JICA in Mongolia. Ms. Kaneda holds a Master's degree in Architectural Engineering from Kyoto Institute of Technology, Japan. She is currently pursuing a Ph.D. in Architectural Engineering at Kyoto University.

A major earthquake shook Nepal last year. The aftershocks triggered landslides and avalanches that led to the loss of 8,700 lives and 25,000 injuries. This seminar presented an opportunity to look back and reflect on challenges and opportunities emerging on the ground.

Professor Fumihiko Imamura, Director, International Research Institute of Disaster Science, Tohoku University / Professor, Hazard and Risk Evaluation Research Division, International Research Institute of Disaster Science, Tohoku University, gave a keynote speech on the Japanese experience of Triple Disasters on March 11, 2011 – earthquake, tsunamis and nuclear power plant failure – and how Japan and the world are learning from these experiences, particularly through Tohoku University’s IRIDeS institute. Professor Imamura emphasized adopting holistic approach focusing on international cooperation and global partnerships to meet the challenges of disasters, and the specific efforts IRIDeS has made in supporting Nepal’s disaster recovery, including supporting understanding of the damages and preparedness of health facilities and strategies for preventing infectious disease.

The World Bank team highlighted progress made by the government through the Nepal Earthquake Reconstruction Project, and the opportunities presented through disaster-linked social protection. 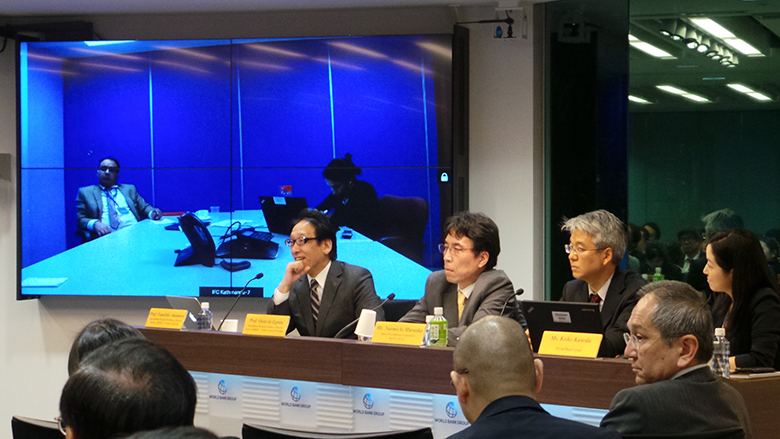 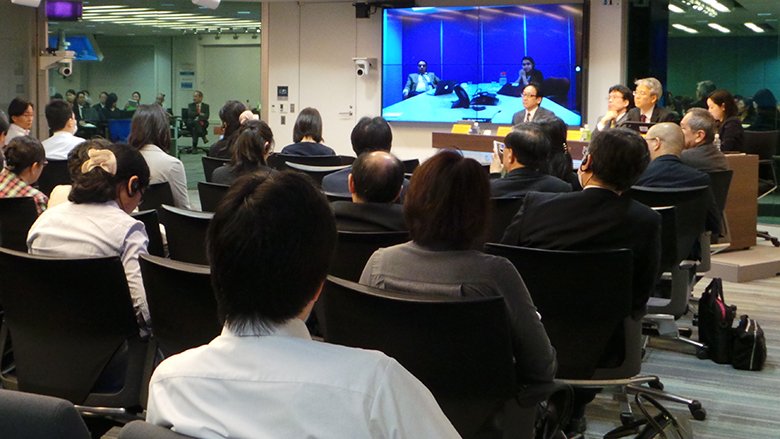