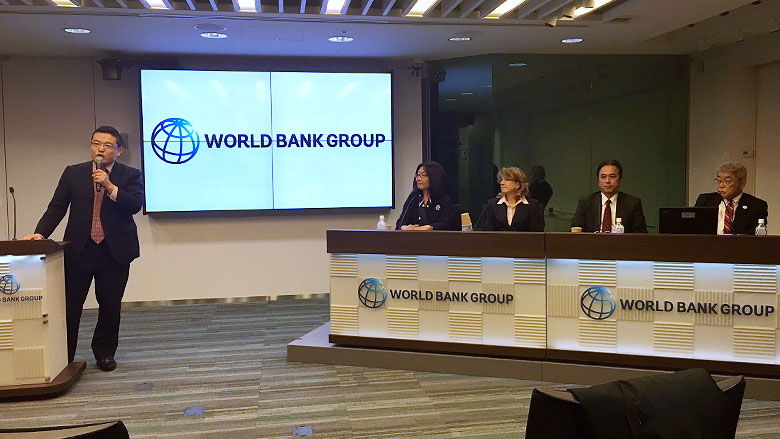 The Sixth Tokyo International Conference on African Development (TICAD VI) will be convened in 2016. TICAD is an international forum for summit and ministerial level policy dialogue on African development. Since 1993, Japan has been leading and co-organizing the conference with the World Bank, African Union (AU), the United Nations and the UNDP. TICAD I was held in 1993, and until 2013, 5 conferences were held in Tokyo and Yokohama every five years. Going forward, the conference is planned to be convened in every three years, and the next round in 2016 will be held in Africa for the first time.

As a lead up to the TICAD VI, the World Bank Tokyo Office organized a series of seminars to discuss TICAD and various aspects of African development.

The TICAD V Yokohama Action Plan addresses nutrition security achievement as one of the challenges for various sectors. The second round of the TICAD Seminar Series discussed the World Bank engagements in infant malnutrition improvement. Also, representatives from “The Ghana Nutrition Improvement Project”, a Japanese business and civil society collaboration project, spoke about the importance of child nutritional management and prospects for social businesses in this endeavor.

World Bank Group TICAD Seminar Series “Discussion on TICAD VI with His Excellency Ambassador Extraordinary and Plenipotentiary Mr. Belmiro Jose Malate, the Embassy of the Republic of Mozambique to Japan”