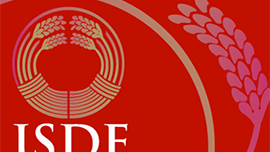 This session will highlight the challenges and achievements of one of the JSDF’s projects in India, namely, “Making Globalization Work for the Rural Poor in India” by bringing together key stakeholders involved in the project.

“Making Globalization Work for the Rural Poor in India” project has been developed in direct response to the demand from the rural community members in India at the bottom of the pyramid - the very poor, vulnerable and landless communities - whose livelihoods depend upon traditional cultural industries. The development objective of the project is to help the poor communities to set up and strengthen their own self-managed grassroots cluster level institutions to access decent sustainable livelihoods on a long term basis.

This project enhanced the livelihood opportunities and share of rural artisans in the market for cultural industries and related sectors in the Indian states of Andhra Pradesh and Bihar, which are among the poorest in India but are traditionally known for their rich cultural heritage, and where Bank assisted livelihood programs are on-going. Through helping poor artisan communities to establish/strengthen and manage their own cluster level institutions, the grant helped set-up mechanisms for decentralized decision-making and resource allocation for strengthening local artisan communities’ capacity to manage their own economic activity competitively.

The Government of Japan and the World Bank established JSDF in June 2000, with the goal of providing grants to support community-driven development and poverty reduction projects that empower and directly improve the lives of the poorest and most vulnerable groups not reached by other programs. A unique and valued feature of the JSDF program is that it provides a platform for cooperation with non-governmental agencies and other local stakeholders in the development process. The Government of Japan has given support to over 300 social development programs and projects, up to the end of June 2013.