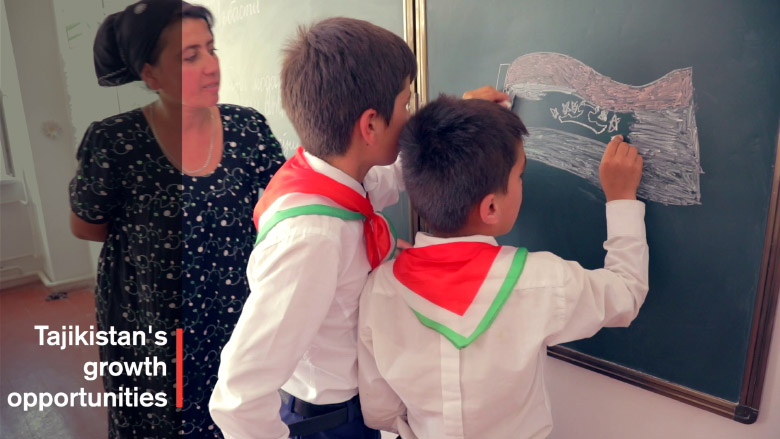 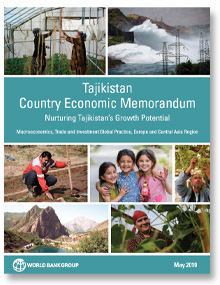 The Country Economic Memorandum for Tajikistan analyzes the main constraints to inclusive economic growth and makes recommendations for how to strengthen the country’s resilience to shocks, increase the role of the private sector, and strengthen growth potential.
Download full document

More inclusive economic growth is necessary if Tajikistan is to offer better job opportunities and a higher standard of life for all of its people. Although the economy continues to grow at high rates, it faces a wide range of challenges, which are impeding its full potential.

Robust economic growth has not led to sufficient job creation, nor has it significantly reduced poverty. Tajikistan continues to rely heavily on external sources for financing, which exposes the economy to external risks. The relatively small domestic private sector contributes only modestly to the economy. Meanwhile, macro-fiscal pressures are rapidly building up, due to unresolved issues in the banking sector, a high public debt burden, and large and inefficient state-owned enterprises.

While the economy has expanded by as much as 90 percent over the last decade, employment has only increased by 12 percent during the same period. The share of poor and vulnerable among the total population was 77 percent as recently as 2017, while around 6 percent of the population had to sell their assets to pay for basic needs.

The Government of Tajikistan has set an ambitious target: to increase domestic incomes by 2 to 3.5 times between 2016 and 2030. However, unless the Tajik authorities introduce a new growth model, this target will likely not be met.

A new growth model should rely more and more on a dynamic private sector, one that is motivated to invest and create decent jobs. This shift toward the private sector should be accompanied by a change in the role of the state – toward being a facilitator and regulator that ensures transparent rules, effective regulations, and fair competition for all market participants.

This Country Economic Memorandum for Tajikistan analyzes the main constraints to inclusive economic growth and makes recommendations for how to strengthen the country’s resilience to shocks, increase the role of the private sector, and strengthen growth potential. The report argues that it will be necessary to accelerate structural reforms and re-assess the role of the State as a facilitator of long-term transformation and re-balancing of the economy.

The recommendations in the report are summarized under four broad areas: (i) macroeconomic stability and sustainability; (ii) a healthier and more inclusive financial sector; (iii) an effective tax policy and administration system; and (iv) a competitive environment for the private sector. 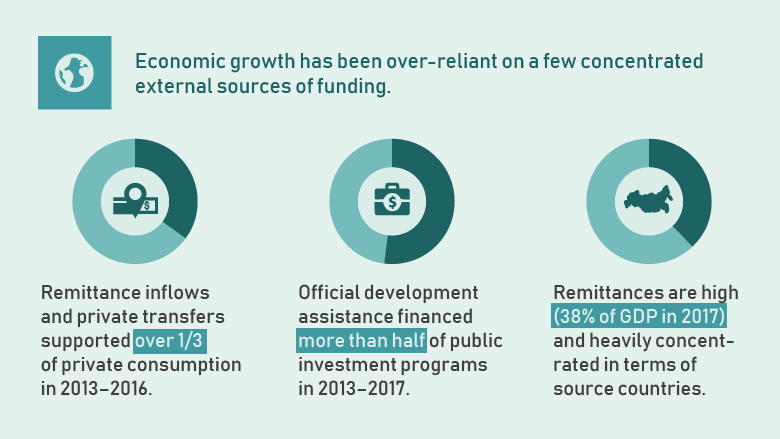