Does Namibia’s Fiscal Policy Benefit the Poor and Reduce Inequality? 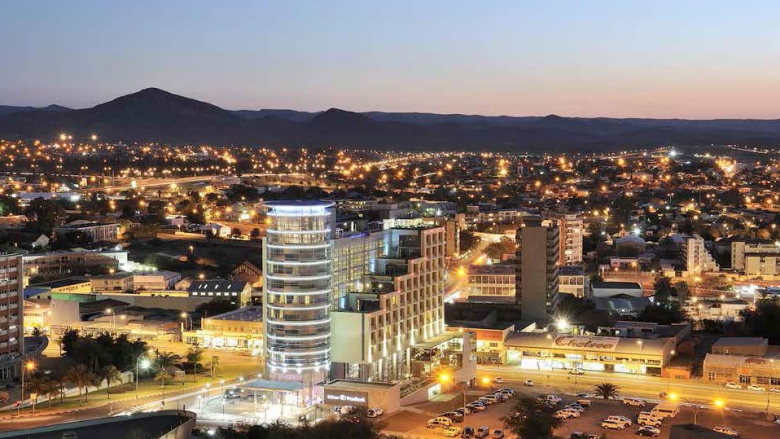 WINDHOEK, June 13, 2017 – The overall impact of Namibia’s fiscal policies kept another 118,000 Namibians out of poverty in 2009/10, according to a joint report by the Namibia Statistics Agency and World Bank. Does Fiscal Policy Benefit the Poor and Reduce Inequality in Namibia? explores whether the government is making the best possible use of its policies to reduce its high rates of poverty and inequality.

It looks at this against the backdrop of high budget deficits—the result of increased government spending and declining receipts from the Southern Africa Customs Union (SACU)—as well as against high unemployment, with GDP growth in recent years unaccompanied by significant job creation. 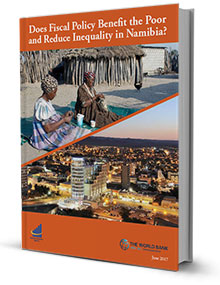 Does Fiscal Policy Benefit the Poor and Reduce Inequality in Namibia?
A report looking at the impact of Namibia’s fiscal policy on the country’s poverty rate concludes that, in some years, direct government transfers kept a good proportion of Namibia’s small population of 2.45 million out of poverty.

Labor force participation is, in fact, low in Namibia in comparison to the developing country average, with few poor households engaged in paid employment: only 30 percent of the bottom 40 percent of Namibia’s population of about 2.45 million depended on employment income in 2009/10.

Paul Noumba Um, World Bank Country Director for Namibia, said the new report went to the heart of the country’s most pressing challenges by speaking about how, through its Vision 2030 plan, the government was supporting its ambitious targets of eliminating extreme poverty and reducing inequality.

“We hope that this analysis will help inform policy makers to enhance the use of policies to tackle the twin challenges of poverty and inequality, which remain at exceptionally high levels despite Namibia’s high social spending relative to other middle income countries,” Um said.

The government’s targets are being implemented via a series of National Development Plans (NDPs): NDP4, for example, sets out to reduce the rate of extreme poverty in Namibia from 15.3 percent in 2009/10 to less than 10 percent by 2017.

Another of its targets is to reduce the Gini coefficient, a common measure of income inequality, by 3 percent a year in order to halve it from 0.59 in 2009/10 in Namibia to 0.30 by 2030. (Partly because of a legacy of apartheid policies, Namibia has been one of the world’s least economically equal countries.)

The report finds that Namibia’s fiscal policy does reduce poverty and inequality and, that by preventing more poverty in 2009/10, it cut the rate of extreme poverty by nearly a quarter.

This was the result of a progressive social benefits and tax system—a system in which, (i) the rich pay more taxes than the poor and, (ii) the poor are more likely to benefit from social spending.

Social spending routinely accounts for more than half of government spending with Namibia spending 1.6 percent of its GDP on direct transfers, higher than average for Sub-Saharan African countries (1.4 percent) and comparable to the 1.6 percent average for developing countries.

It was direct transfers, particularly the Old Age Pension, that drove poverty reduction in 2009/10. Close to a third of Namibians received them, with the poor more likely to do so: 33 percent of the poorest consumption quintile received at least one, compared to 13.1 percent among the richest quintile.

The transfers are generous in that they make up a larger share of the total income of poor households. Households in the poorest quintile of the consumption distribution received up to 66.1 percent of their income from direct transfers, a statistic that fell to below 20 percent for the richest quintile.

The report also shows that transfers in-kind towards health and education spending were the key drivers of inequality reduction.

The Gini coefficient on income fell from 0.635 before the implementation of fiscal policy to 0.429 after it, with transfers towards health and education (if monetized) accounting for about 78.2 percent of the reduction. Without in-kind transfers on education and health, inequality would have only gone down slightly by 0.045 Gini points.

The impact is driven largely by spending on primary education, the most progressively distributed in-kind transfer. This is partly because primary education is universal and poorer households tend to have more children.

The report finds that although spending on direct transfers is generous, the efficiency of its targeting could be improved, along with its coverage, to reach more poor people. In addition, it suggests that consolidating social programs and reducing leaks in existing programs reduces the chance that non-poor households are benefiting from the transfers as well.

Victor Sulla, World Bank Senior Economist for Namibia, said that while fiscal policy went some way towards reducing poverty and inequality, job creation was critical for the poorest members of society. “Ultimately, more inclusive and faster economic growth, job creation, and greater efficiency in public services that will help Namibia overcome the challenges of poverty and inequality,” he said.