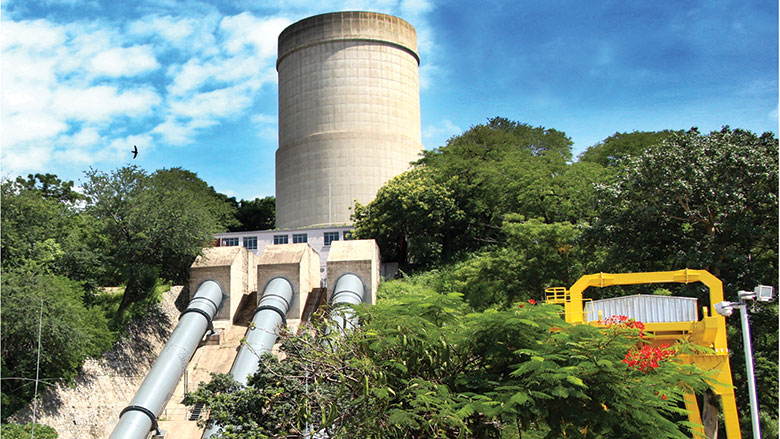 LILONGWE, December 15, 2020 – Meat Masters Butchery provides meat and meat products to residents of Senti township in the capital city of Lilongwe. To maximize revenue for their small business, their products must always be available, but frequent load shedding has forced them to use a generator when electricity is not available. The cost of running on a generator per day costs the butchery almost five times than using electricity supplied by the Electricity Service Corporation of Malawi (ESCOM).

Frequent electricity load shedding, the planned, routine shut down of power services, and rationing of water during certain critical times of the year are a frequent experience for many urban residents in Malawi.

Insufficient investments in infrastructure and overreliance on public finance is at the core of poor energy and water services delivery, according to the 12th edition of the Malawi Economic Monitor, Doing More with Less: Improving Service Delivery in Energy and Water.

“There are times when we do not have electricity for about six hours and we have to rely on a generator to ensure our products remain in good condition,” said Lusako Manda, proprietor of Meat Masters. “This is not only expensive but unsustainable.”

Limited access and unreliable of energy in Malawi have constrained economic growth prospects and heavily affected the small and medium enterprises. With electricity access rate at 11%, access to reliable energy is currently the most pressing need in Malawi, according to the report.

“The problem is getting worse and I wish a solution was found more sooner than later,” Manda said.

While water plays a critical role in Malawi’s economy and water-reliant sectors contribute an estimated 35% to the country’s gross domestic product (GDP), it still remains scarce. Water resources are under threat from severe watershed degradation and climate change, the report notes. For example, the Lilongwe Waterboard (LWB) supplies water to about 83% of the total demand, leaving17% of city residents without access to safe water.

The challenges faced by LWB are due to infrastructure and human acts.  Kamuzu Dam 1, one of the water reservoirs for the Lilongwe Water Board, is under serious threat due to deforestation, animal grazing and agricultural activities. Climate change has exacerbated the situation; water levels for the dam were critically low in two consecutive rainy seasons in 2014 and 2015, which led residents to ration water during those times.

Limited access to water and sanitation have aggravated the impact of the COVID-19 (coronavirus) pandemic, particularly in the largest urban centers where most of the public places, including schools and markets, lack basic hygiene facilities.

“Our infrastructure is aging and performs below the required level despite making some improvements in the past years,” said engineer Gustav Chikasema, Acting Director of Production and Distribution at Lilongwe Waterboard. “Kamuzu Dam 1 was constructed in 1966, and is currently undergoing rehabilitation and upgrading. This is a second rehabilitation after another one was conducted in 2005. But these improvements are still fall below the required capacity.”

Most of the country’s water reservoirs are also impacted by  deforestation, vandalism and animal grazing. The cutting down of trees to make charcoal to sell to Lilongwe residents for firewood, along with the animal grazing, have led to uncontrolled run-off, increasing soil erosion that causes sedimentation and eventually damage the equipment at Kamuzu Dam.

Despite challenges, there are solutions

Improving service delivery in the energy and water sector will be challenging considering Malawi’s fiscal situation versus a growing infrastructure gap and the persistent poor performance of state-owned enterprises (SOEs), according to the report. However, the report notes that the government has initiated reforms in many SOEs, such as appointing new board of governors, and setting up milestones to be achieved to improve their efficiency in providing services to the public.

“These challenges are not without solutions; the government has already made some key decisions, signaling its intent to undertake needed reforms to strengthen corporate governance and their performance, thereby increasing private sector participation in economic activities,” said Hugh Riddell, World Bank Country Manager for Malawi.

The MEM proposes some additional steps that the government can take to improve infrastructure investments and service delivery in energy and water, including: