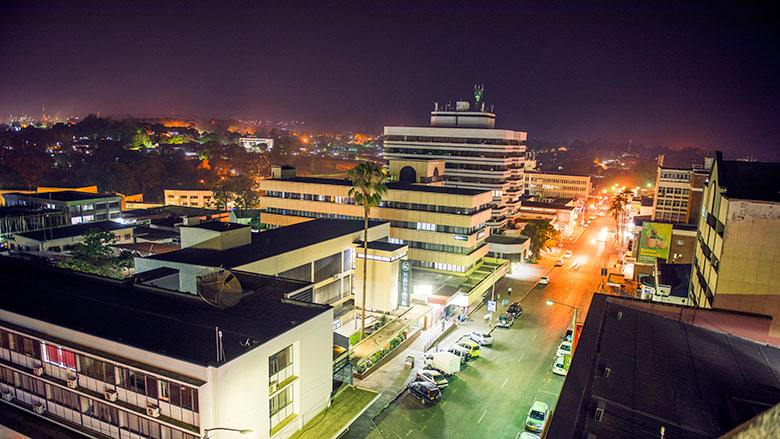 Victoria Avenue in the City of Blantyre’s Central Business District at Night.

LILONGWE, June 1, 2017 - A small country of only four cities and just 27 other urban centers, Malawi still has a long way to go in terms of urbanization. Only 16 percent of its population of about 17 million lives in urban areas, so most national development policies have focused on rural areas instead.

But should Malawi urbanize more rapidly in order to catch up with other countries?

The World Bank believes Malawi is in a good position to come up with plans to maximize the benefits of urbanization in the future. In its Malawi economic monitor report, Harnessing the Urban Economy, the Bank gives Malawi useful tips about a number of things it can take into consideration so the country can reap the benefits of becoming more urbanized.

Urbanize with the rural poor in mind

Malawi rates as one of the least developed countries in the world; because urbanization creates opportunities for more economic development, more of it could be of benefit to rural areas as well.

Projections indicate a more rapid process of urbanization could help boost economic growth by increasing demand among urban businesses and individual consumers for more agricultural products, which in turn could contribute to poverty reduction in rural areas. Most Malawians’ livelihoods are agro-based.

As the country urbanizes, there will be a growing need for investment in urban infrastructure and services, which require financial resources. Local governments in Malawi mostly depend on their own sources of revenue; to generate more revenue, payment systems can be modernized to seal leaks and encourage taxpayers to settle their property rates. This will require giving city council officials training and modern taxation tools, such as GIS systems.

Mzuzu City Council in the north of Malawi is already a model of this, having updated its tax rolls. Its experience can be scaled up.

A system of incentives for local governments could encourage them to manage both their resources and reforms. For example, more financial transfers could be given to those local governments that successfully increase their own revenue and reach higher levels of efficiency.

Malawi could learn from two models used in other African countries: performance-based grant systems and municipal contracts. These are issued between central and local governments. The central government provides additional grants and other assistance if the local government implements a defined range of reforms.

Town or city councils provide services but their capacity to do so is sometimes limited. Outsourcing some services to the private sector might help, especially in sectors where private sector involvement has proven to be cost effective, such as waste collection and road works.

This could help local governments reduce their payrolls and other recurring costs, creating the budgetary space for them to increase the amount of capital they might have left to reinvest.

City councils could also consider leaving the provision of certain services, such as sanitation, to other existing institutions that may be better suited for the delivery of utilities and other urban public goods. This will allow them to play a vital coordinating role in providing the infrastructure and services necessary for Malawi to mitigate the negative effects of urbanization and harness the positive effects of it.