Mitigating the Impact of Oil Market Fluctuations on Fiscal Revenue 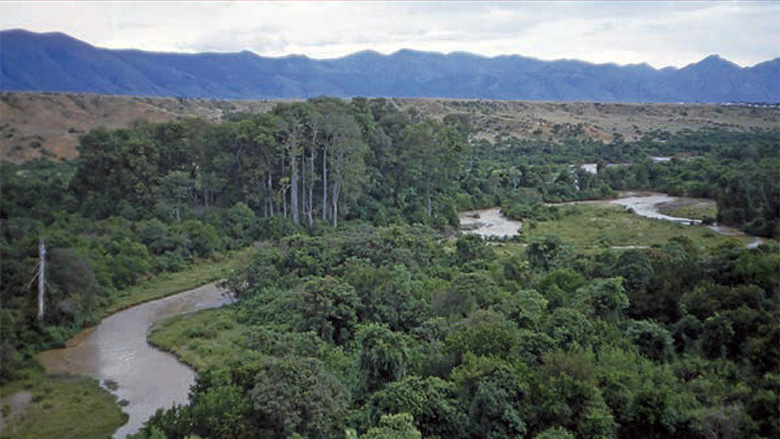 BRAZZAVILLE, September 14, 2015—According to the most recent edition of the World Bank’s monitoring report on the economic and financial situation in the Republic of Congo, growth in Congo trended upwards in 2014 after stagnating for a three-year period. This upturn was not, however, enough to achieve the country’s development objectives. Compounding this concern is the fact that certain problems that surfaced in 2014 could dampen growth in the years ahead. Growth has already slowed in 2015.

“Buoyed by a robust recovery of the oil sector, a rebound in the Congolese economy is expected between 2016 and 2017. However, this economic recovery will not be enough to allow the country to resolve its cash flow problems”, notes Djibrilla A. Issa, World Bank Country Manager for the Republic of Congo. In a context of oil price volatility, the report considers ways in which the government might be able to create a fiscal safety net.

" The Government of Congo would significantly benefit from the adoption and application of a dynamic budget and fiscal rule, so as to curb the heavy reliance on the oil market for its economic health. "

Senior Economist at the World Bank

The report is banking on a growth rate of roughly 3.5% over the 2015-2017 period compared to a 4.5% rate posted between 2012 and 2014, attributable to weaker domestic demand resulting from lower State expenditures, a decline in private investment, and the shrinking domestic market.  In 2016, the resumption of oil production and the continued oil-related investments by Total E&P Congo and Chevron (in the Moho Nord and Lianzi oil fields) will mitigate the impact of these factors on growth.

The authors of the report point to five major problems in the country’s economic policy in recent years: (i) inadequate budget programming leading to frequent budget amendments; (ii) a decline in domestic demand due in part to the expulsion of undocumented persons; (iii) the apparent inability of the Treasury to pay its bills on time despite budget surpluses; (iv) a gradual increase in salaries in tandem with a decrease in State revenue; and (v) a steady deterioration in the quality of government financial data.  The Congolese government would benefit from the adoption of appropriate measures aimed at improving its budget programming and the periodic publication of reliable data on its public finances. It could follow the example of certain countries in the subregion that regularly publish sound data on their public finances.

According to the report, the Congolese economy’s heavy reliance on oil sector revenue requires the adoption of a more disciplined approach to the management of these revenues.  The recent drop in oil prices has, over a six-month period, led to a cash flow crisis that the government is still trying to resolve.  This indicates that the authorities have not made any provisions for a management mechanism to mitigate the impact of sudden economic changes on public finances, despite the fact that the country has a stabilization fund and a surplus that was built up over the last ten years. An operational mechanism to draw down on these resources in times of need could therefore have allowed Congo to avoid current problems with budgetary and fiscal adjustments.

“The Government of Congo would significantly benefit from the adoption and application of a dynamic budget and fiscal rule, so as to curb the heavy reliance on the oil market for its economic health,” underscores Fulbert Tchana Tchana, Senior Economist at the World Bank.

In addition, with a view to improving management of its oil revenue, the report suggests that the Congolese government could:

On the whole, a medium-term expenditure framework is essential to ensuring proper management of oil sector revenue.